Movement of Sanitation Workers in Bankura 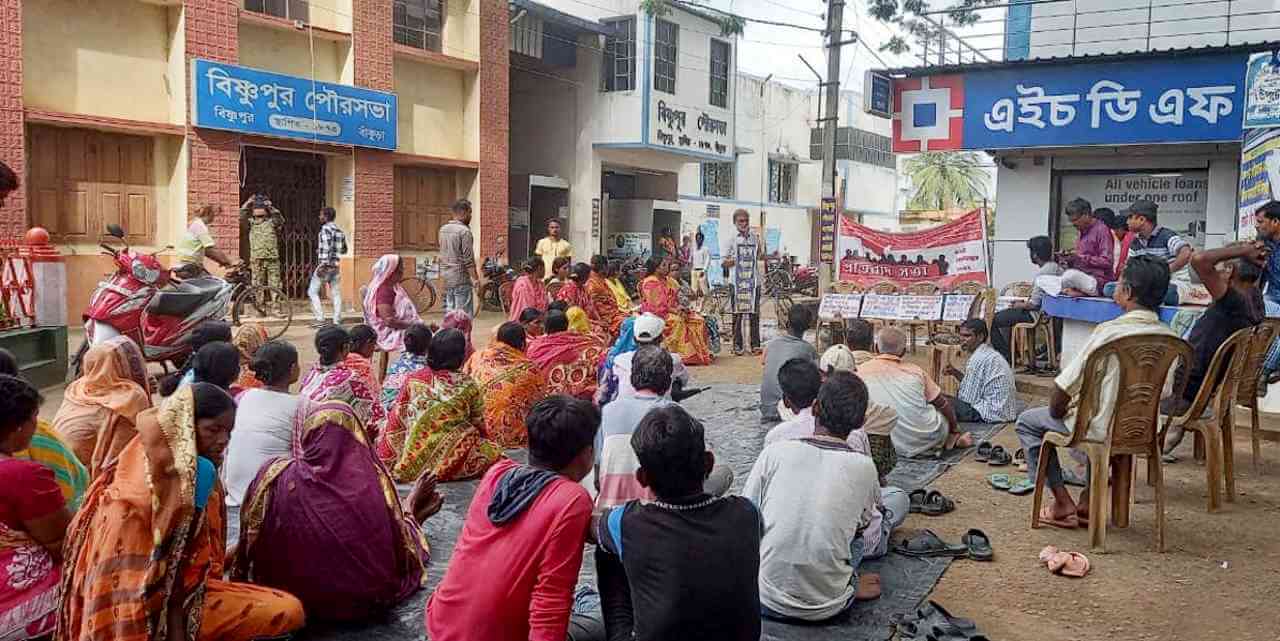 The sanitation workers of Bishnupur Municipality are being deprived from their grant of adhoc bonus which in the last year was announced by the West Bengal government at Rs 4500, but the workers got only 1,200. The 'Bishnupur Pourasabha Sangrami Sromik Karmachari Union' protested and a dharna in front of municipality gate was organised on 12 September. Some other demands like minimum wages according to the government order, making casual workers permanent, identity card and job related documents, recruitment for family member of the sanitation worker in the municipality, Maternity benefits etc were also raised. The municipality authorities under pressure of the struggle gave verbal declaration of payment of 4,800 adhoc bonus even before the protest dharna was started on 12 Sept. But the protest continued in absence of a written assurance. State secretary of AICCTU WB Basudeb Bose, accompanied with district president Bablu Bannerjee, Secretary of Mednipur Pourasabha Sangrami Sromik Union Tapan Mukherjee and Veteran civil rights activist of APDR Bani da joined the protest.

Union Secretary Dilbar Khan later apprised of the fulfilment of the demand for the bonus at Rs 4,800, he also said that still many other demands are pending and the struggle will continue. Union President Farhan told that earlier too few other demands were achieved through protests like wage rise of 33%  and regularity in payment within 10 days of a month. Earlier even Maternity leave wasn't available, they had to avail it only after struggle. Four days of rest in a month with payment and Emergency Health leave have also been started. But the major demand of regularisation of workers is yet to be achieved.