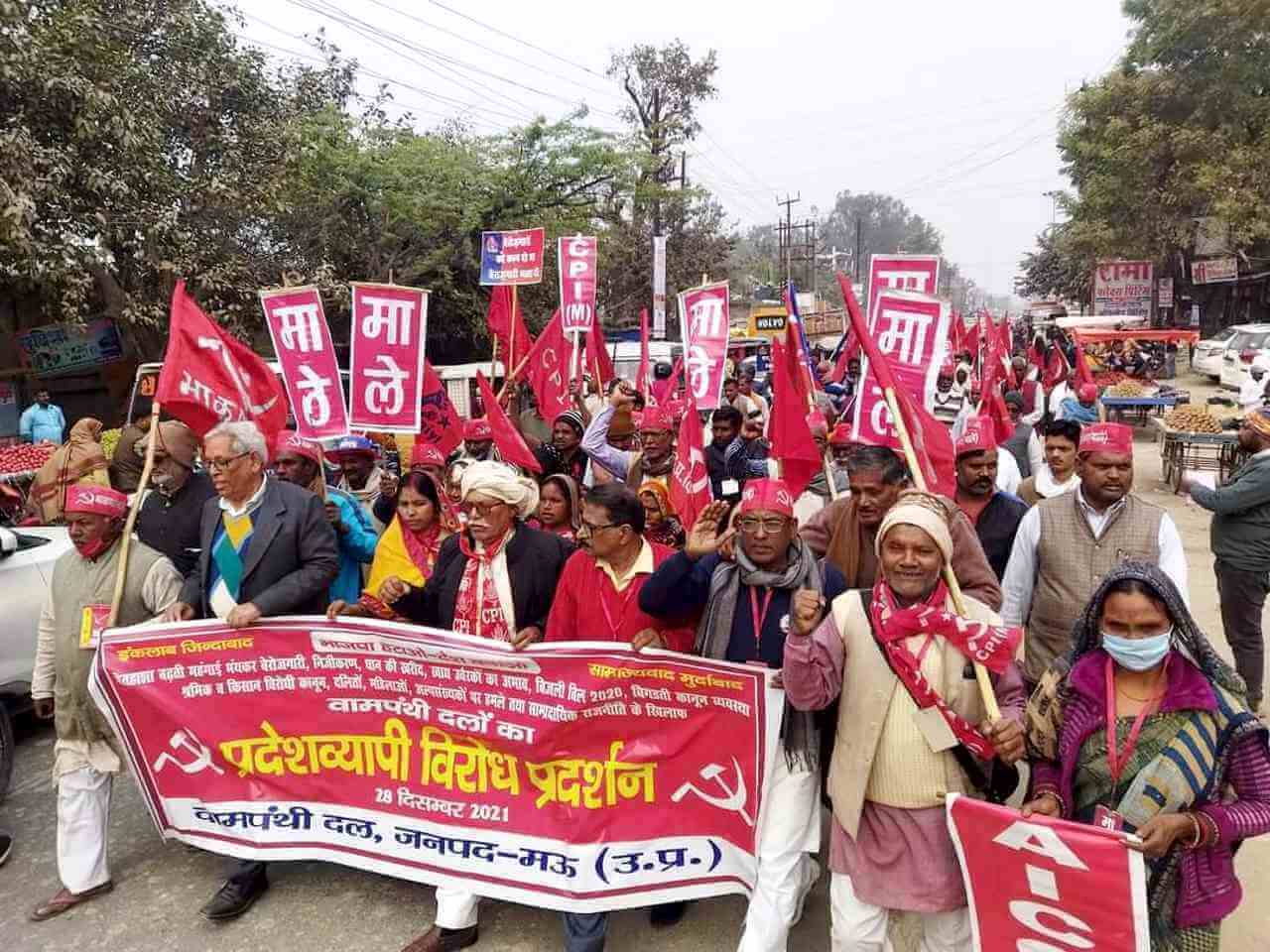 Left parties--CPIML, CPI-M, CPI and Forward Bloc--organized statewide protests in Uttar Pradesh on 28 December 2021 on demands including curbing inflation, providing employment for youth, repeal of 4 labour codes, dismissal of MoS Health Ajay Mishra Teni responsible for the massacre of farmers in Tikonia, ending oppression of adivasis, dalits, minorities and women, arrest of hate speech makers at the Haridwar religious conclave and establishment of rule of law.

In Lucknow a march was organized from Parivartan Chowk to the District Collectorate and a memorandum was submitted to the President via the City Magistrate. The march was led by CPIML leader Ramesh Singh Sengar, CPI-M leader Praveen Singh and Forward Bloc leader Chandranath Singh.

Leaders addressing the meeting said that hate speeches are being made openly and calls for genocide of Muslims are being given at so-called religious conclaves and the culprits are not even being arrested. There is a huge land scam in Ayodhya in the name of Ram but Modi-Yogi remain silent. 25 lakh jobs are vacant but no recruitment is being done. The price of everything including food items and essential needs is so high that people are finding it difficult to make ends meet. Democracy and the Constitution have been murdered under the BJP regime. Rapes and attacks on dalits are on the rise. The Yogi government that claims successful management of the Covid pandemic is ranked lowest in the country's health services.