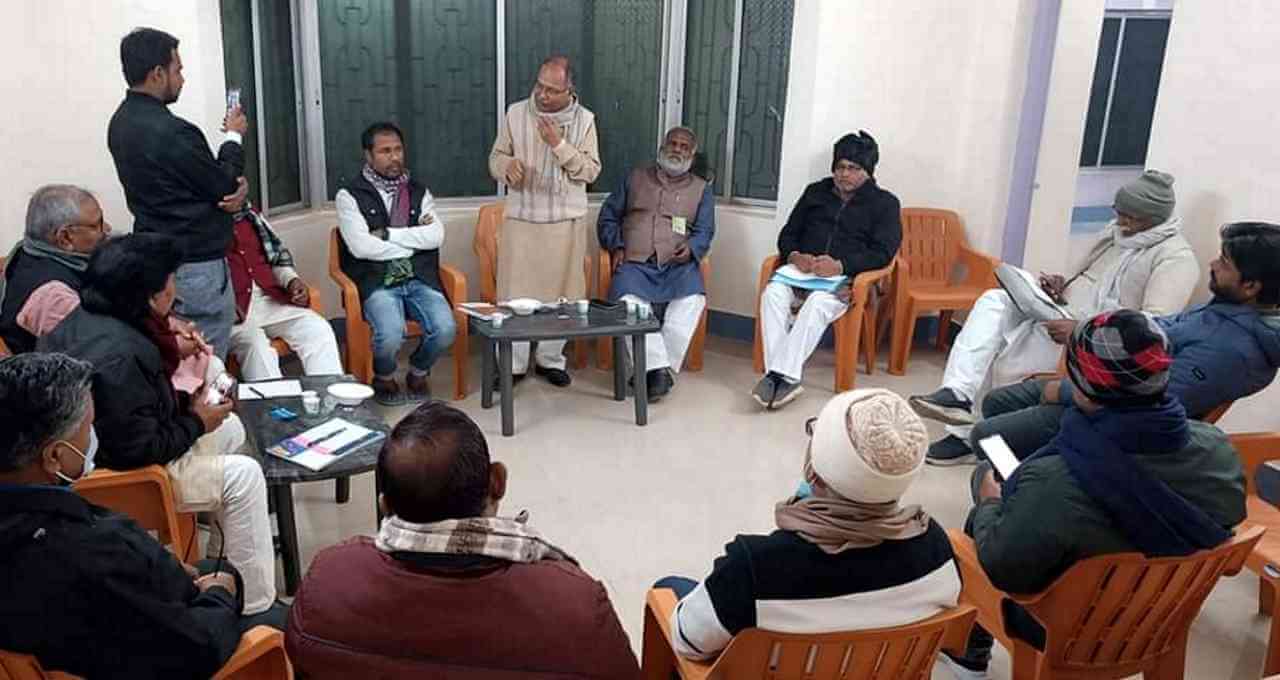 Giving details of the meeting, legislative party leader Mehboob Alam said that this government is unsuccessful on every front and this time it will be taken on from all fronts in the budget session. We will also discuss this with other Mahagathbandhan parties and efforts will be made to prepare a joint strategy.

Deep concern was expressed at the meeting over the continuous attacks on Dalits, poor, minorities and women in Bihar in recent times. The most recent episode of gang rape and murder in Vaishali was discussed where a Dalit girl student was picked up by feudal criminals in full view of the entire village. When the girl’s father went to the father of criminal Anurag Chaudhary, he was told not to file a case as the girl would return in 2 or 3 days. After 6 days the mutilated body of that girl was found. Similarly, dalits in Aurangabad were made to lick up their own spit for allegedly not voting for dominant caste members. The CPIML legislative party said that it seems that the BJP-JDU government wants to reverse the order in Bihar and take the State back to the old times of oppression. This whole of Bihar knows that the poor here have continuously fought battles and many have become martyrs for the right to vote and the right to dignity.  If the government thinks that once again the rule of feudal tyrants should be established in the state, we will never allow it to happen. Our fight will continue from inside the Assembly as well as on the streets. The government will have to answer for this in the Assembly session.

The CPIML legislative party expressed deep concern over the institutionalized corruption and buying and selling of seats with money-power in the Panchayat elections and said that Nitish Kumar, who is making a pretence of doing a Samaj Sudhar Yatra (Social Reform Yatra), will have to answer why democratic processes are getting eroded continuously. Gandhi's slogan of 'Gram Swaraj' has been turned into a business of horse-trading today. The accountability and responsibility for this lie with the state government. They cannot run away from it. The government should review the Panchayat elections and we will make this demand during the coming Assembly session.

Under pressure from farmers' movements, the Modi government had to repeal all three black farm laws. Nitish Kumar says that this was a matter of the central government, what could he say in this? But we want to tell him that the farmers of Punjab were saying that they should not be brought down to the condition of the farmers of Bihar. By abolishing the APMC Act in Bihar in 2006, Nitish Kumar left the farmers of Bihar at the mercy of the market. Farmers’ paddy procured the Minimum Support Price hardly anywhere in Bihar. The condition is so bad that people are compelled to burn their paddy. We will strongly raise the demand for reinstatement of the APMC Act in Bihar and put all possible pressure on the government to do this.

Corruption in government schemes including Nal-Jal Yojana, the tampering and anomalies in the CAG report, work in MNREGA, 19 lakh jobs, institutionalized corruption in universities, malnutrition, infant mortality, nutrition etc. are other issues that will be raised strongly in the coming session. The report of the NITI Aayog exposes the shallowness of the government’s claims about development. It is astounding with what face the government is patting itself on the back.

The CPIML was the first to ask for special status for Bihar. The so-called double engine government has not been able to get this work done so far. Members of the BJP-JDU are making all kinds of contradictory statements to evade this issue, but the people of Bihar are aware of the reality. The legislative party took on the responsibility of making 10 party members at each booth level. In addition, departments were also divided among the MLAs for smooth working.

The meeting strongly condemned the trend of targeting Muslim women through various apps in the cyber world and said that these shameful lows have reached today are the result of the environment towards women and minorities created by the BJP.