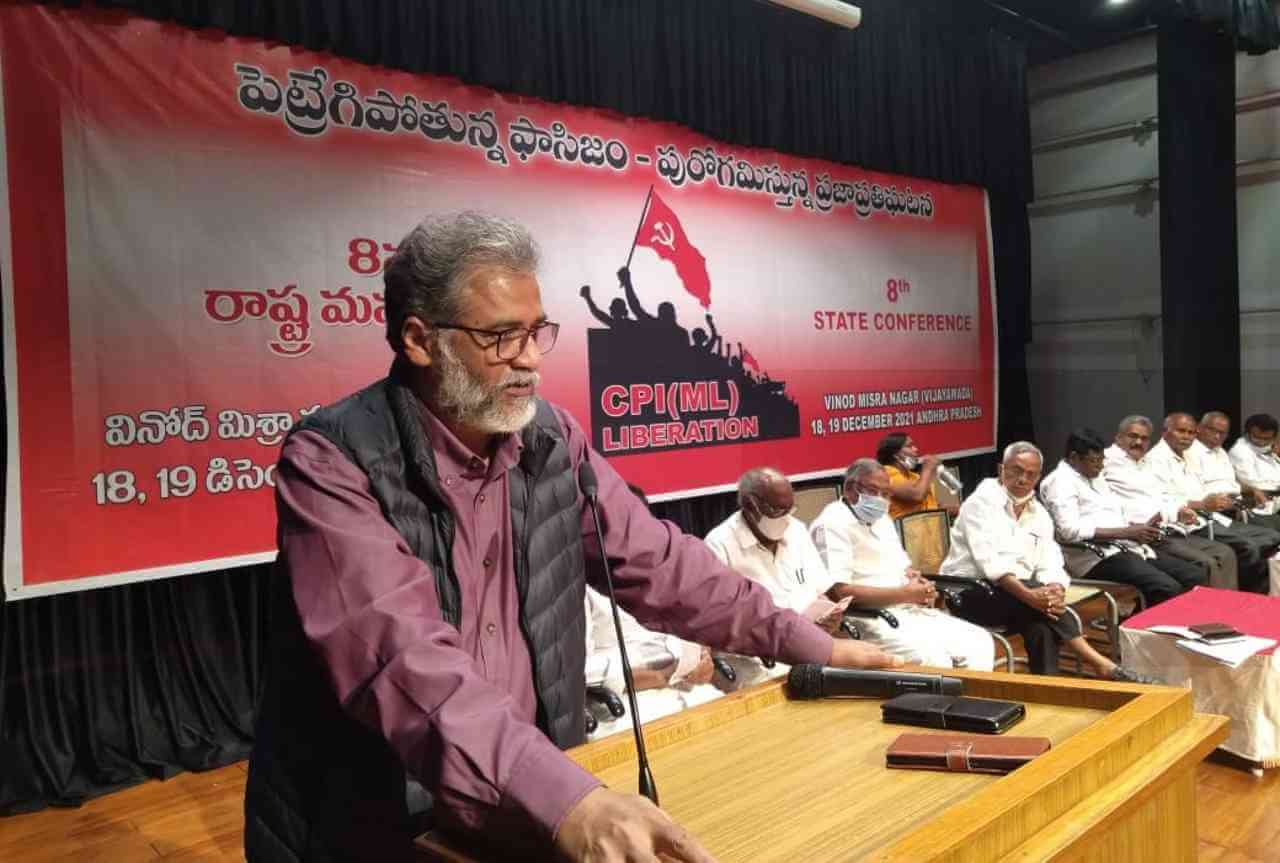 The state conference of Andhra Pradesh was held on 18th and 19th of December on the occasion of Com. Vinod Mishra’s 23rd Martyrdom Day. The conference began with paying tributes to Comrade Vinod Mishra. The conference was inaugurated in an open session by the General Secretary Com Dipankar. The representatives of Left parties greeted the conference.

Delegate Session began with the presentation of the draft document by the outgoing committee secretary Comrade Bangarrao.