Oust BJP, Save UP Rally in Sikandarpur 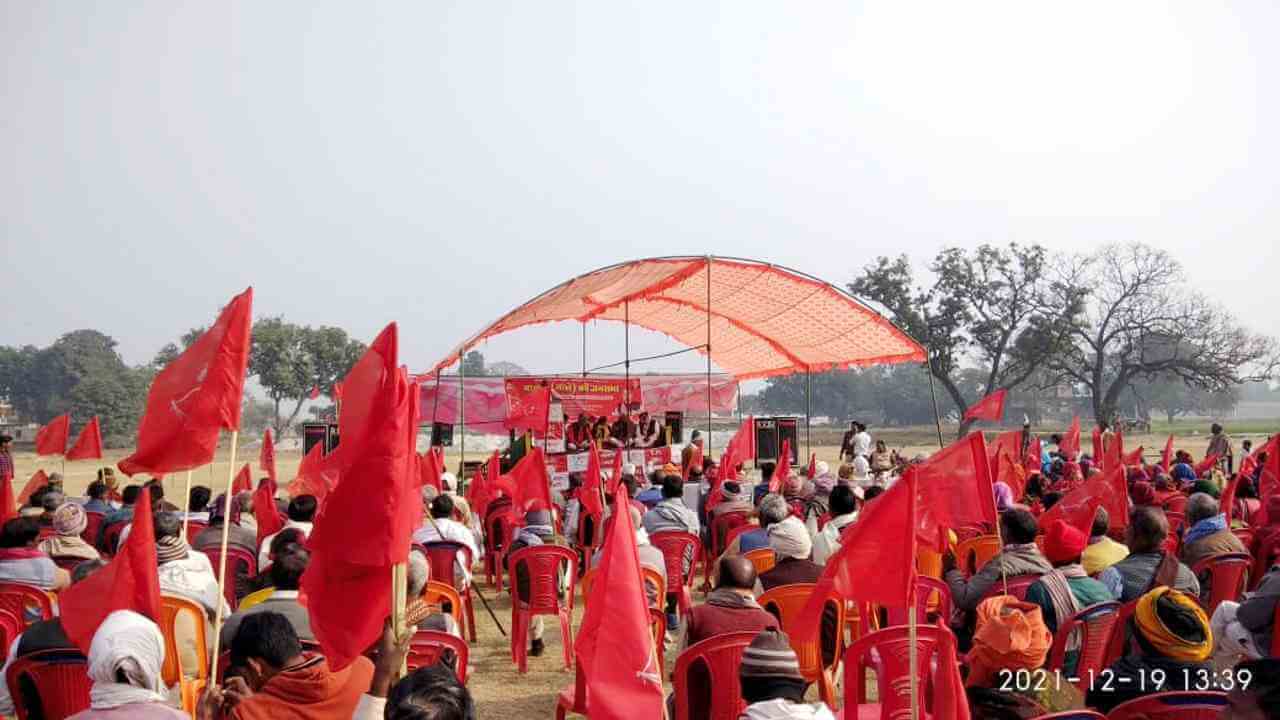 Addressing an 'Oust BJP, Save UP' rally at in Sikandarpur on 19 December, Jeeradei (Bihar) MLA Amarjeet Kushwaha said that the autocracy of the Modi-Yogi governments has ruined the people, inflation, unemployment and corruption are rife, and the law and order machinery is openly working in favour of dominant privileged sections. He called on the people to oust the Yogi-led BJP government from Uttar Pradesh and vote to ensure victory for CPIML candidate Shriram Chaudhury from Sikandarpur.

CPIML UP Secretary Sudhakar Yadav said that the people of UP understand very well the hypocrisy of Narendra Modi who practises the politics of hate on the one hand and bathes in the Ganga on the other hand. The Yogi government has constantly protected criminals, feudal powers and rapists and must be thrown out of power. State Committee member and AIPWA Secretary Kusum Verma said that the Yogi government is responsible for horrific violence against women in the state, and the people will show it the door in the forthcoming election. AIARLA National President and CPIML candidate Shriram Chaudhury said that we must focus on real issues like inflation, unemployment and worker-farmer issues and not allow communal politics in the name of Kashi-Mathura to divert attention. The meeting was presided over by Basant Kumar (Munni Singh) and conducted by Neyaz Ahmed.