Oppression of Dalits in Jharkhand 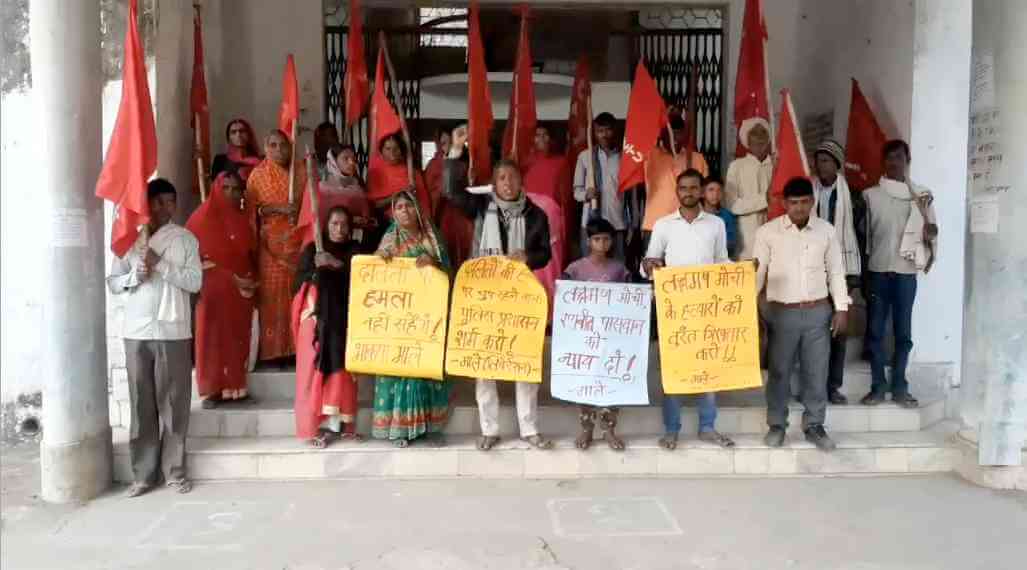 A few months ago, dominant privileged caste persons murdered Laxman Mochi in Bagaiya village and Ranjit Paswan in Khodi village in Chhatarpur, Palamu (Jharkhand). Despite there being full evidence of the murder and strong witnesses against the killers, the families of the victims are running from pillar to post, from Thana to offices, but all doors to justice remain closed to them. It should be noted that Laxman Mochi was murdered on the night of 23 April 2021 when he had gone to play the drums at a Yadav wedding in his own village. The killers went away after throwing Laxman Mochi's body in front of his doorstep at 4 AM, and Laxman Mochi's eldest daughter-in-law saw the killers doing this and identified them as Arjun Yadav, Lakhan Yadav and Nandkeshwar Yadav. Laxman Mochi's family was made to run twice between Chhatarpur and Daltonganj District Hospital for the post-mortem and in the meanwhile the dead body was 4 days past death. Even after so much effort and 8 months, they have not got the post-mortem report. To top it all, the police are continuously pressurizing the family to withdraw the case by saying, "The old man died because he had drunk too much". What is more, even the named accused persons are now coming to the victim's house and giving death threats to the family members. The police are silent even on this.