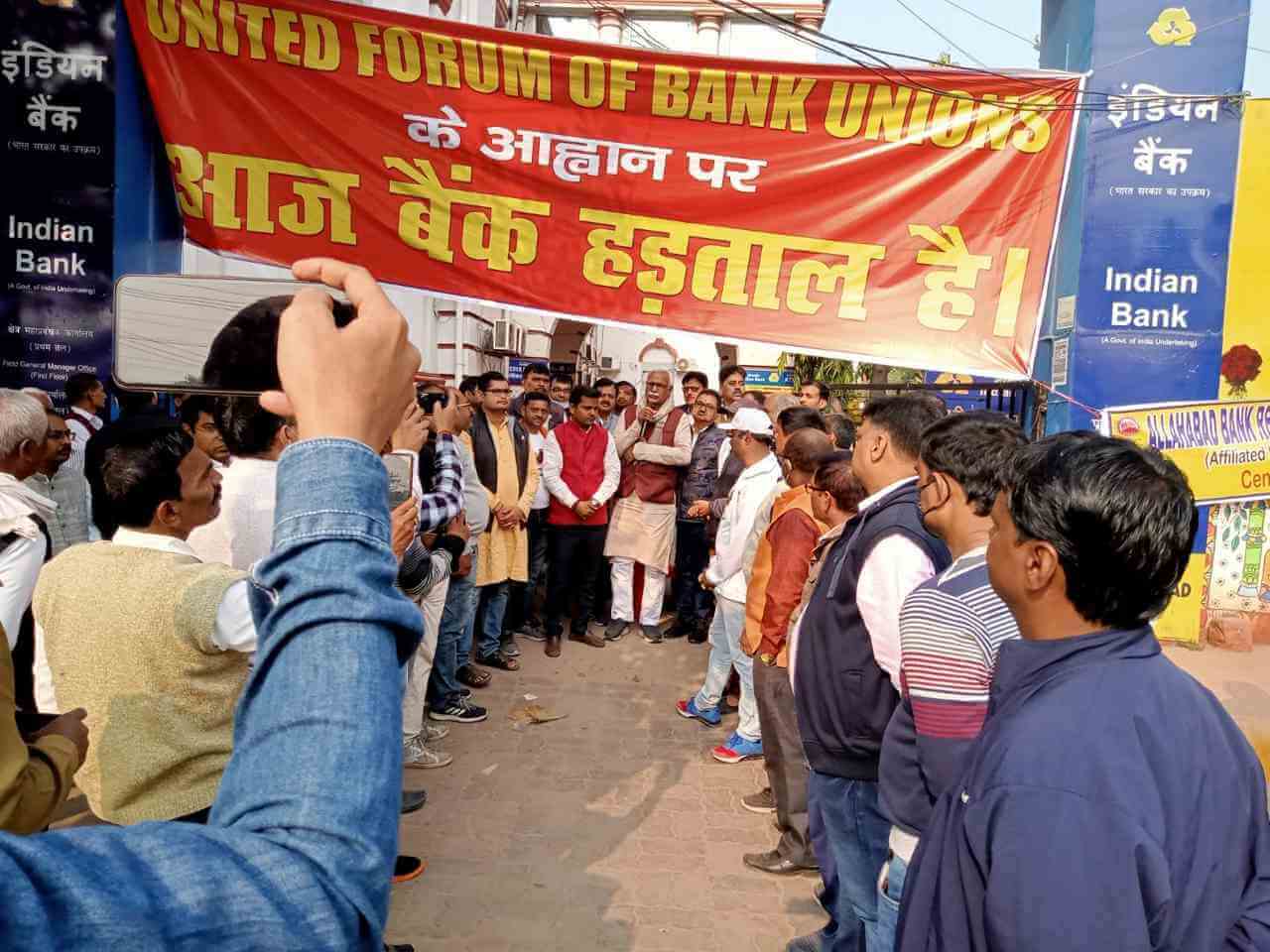 In a statement issued on 17 December 2021 CPIML Bihar State Secretary Kunal supported the two-day countrywide strike against the Modi government's decision to privatize selected public sector banks and appealed to the people to stand with bank employees and prevent this disastrous move. He said that the CPIML fully supports this strike by bank employees.

CPIML MLAs Rambali Singh Yadav, Gopal Ravidas, Sandeep Saurabh visited various banks in support of the strike by the bank employees and supported their strike. He said that just as farmers forced the Modi government to repeal the 3 pro-corporate farm laws on the strength of their brave struggle, there is now a need to fight a decisive battle against privatisation of banks. Ordinary people are not just concerned about the security of their deposits. They are also concerned about the overall direction and performance of the banking system. Under Modi's rule, banking is becoming costlier for ordinary consumers who have to pay user charges even for their own deposits. We see how big corporates go scot free even after deliberately failing to repay loans, while farmers, microfinance borrowers and other small borrowers such as students, job seekers and traders have to go through endless harassment for not paying off their modest loans on time. This torture is so great that sometimes the borrower is forced to commit suicide. With falling interest rates, pensioners and the middle class who are dependent upon banks and who hope for growth in their deposits are going through very hard times. In this situation it is extremely necessary to oppose the proposed Bill for privatization of banks in every way and work for the prevention of this disastrous move.