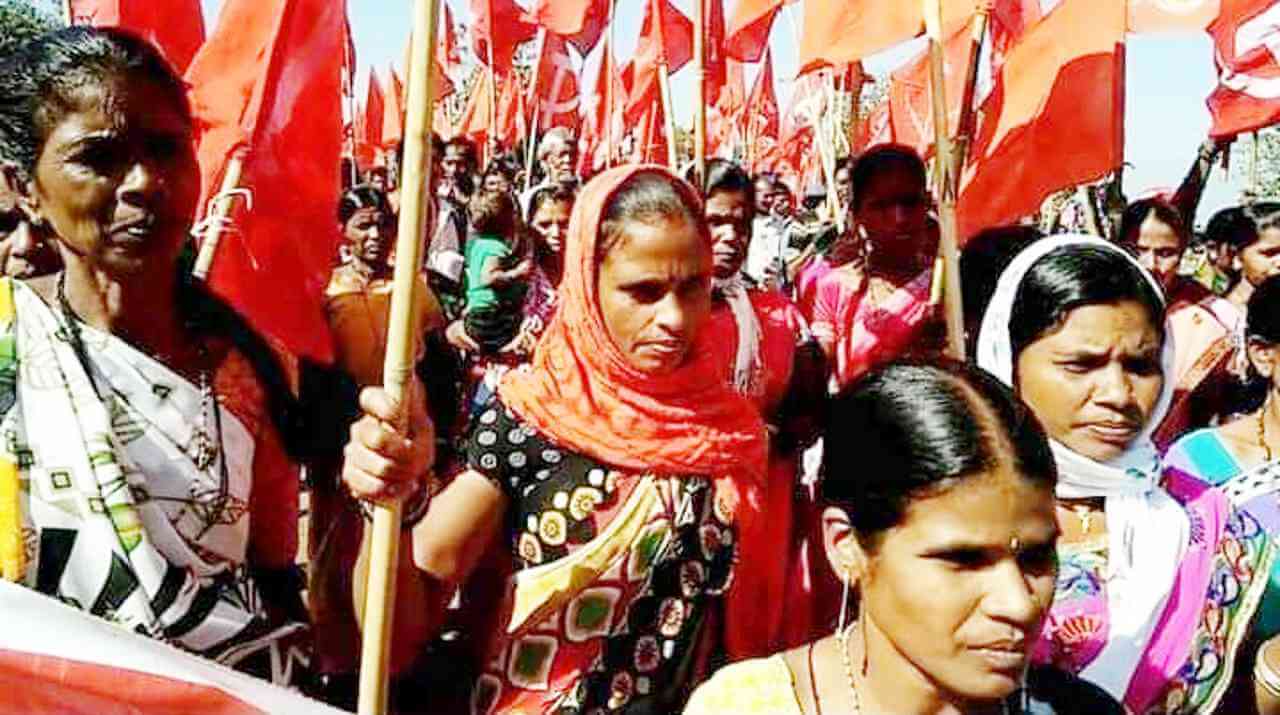 CPIML led the fight in the Gram Panchayat election in Kaprada and Dharampur Taluka, Valsad District with the slogan 'Adivasiyon ka ek hi nara, Jal jangal jameen hamara' (the sole slogan of adivasis, water, forest and land are ours). At every step in the campaigning for this election CPIML activists courageously faced threats from BJP-Bajrang Dal (and even Congress in some places) goons and presented to the people a narrative of the difficult struggles carried out by CPIML for forest rights for adivasis and other issues.

While BJP and Congress candidates used liquor, money and muscle power to the hilt for votes, ML activists carried forward the electoral struggle solely on the strength of political mobilization. CPIML fielded candidates in 11 seats in different Panchayats and secured victory in 8 seats.