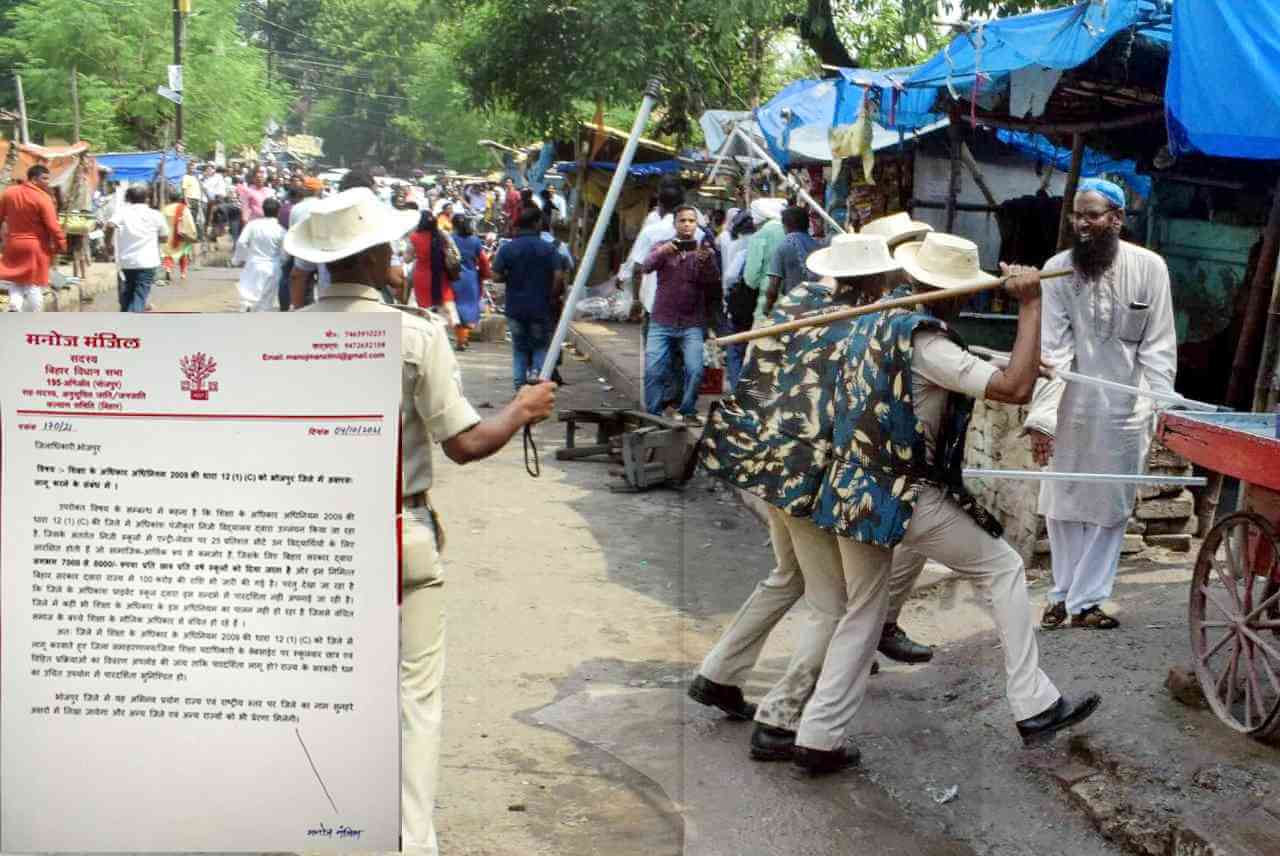 Agiaon MLA Comrade Manoj Manzil wrote a letter on 4 October to the Bihar Education Minister and the Bhojpur Collector to say that Section 12(1) (C) of the Right to Education Act should be implemented in letter and spirit in the District.

Comrade Manoj Manzil said that most of the registered private schools in the District are openly violating Section 12(1) (C) of the Right to Education Act 2009 according to which 25% seats in private schools are reserved at entry level for socio-economically weak students, for which the Bihar government provides Rs 7000-8000 per student annually to schools, and for which the Bihar government has issued an amount of Rs 100 crores. But we see that most private schools in the District do not practice transparency in this regard. This Section of the RTE Act is not being followed anywhere in the District and thus children of deprived sections are being deprived of the fundamental right to education. Therefore this Section of the RTE Act should be strictly implemented and the school-wise process should be uploaded on the District Collectorate/District Education Office website so that transparency is ensured in the proper use of government funds. If this innovative practice is implemented in Bhojpur, the District will earn renown on the state level as well as national level and other Districts and States will be inspired to do the same.