Candlelight Vigil Against Beheading of Muslim Youth For Inter-faith Love 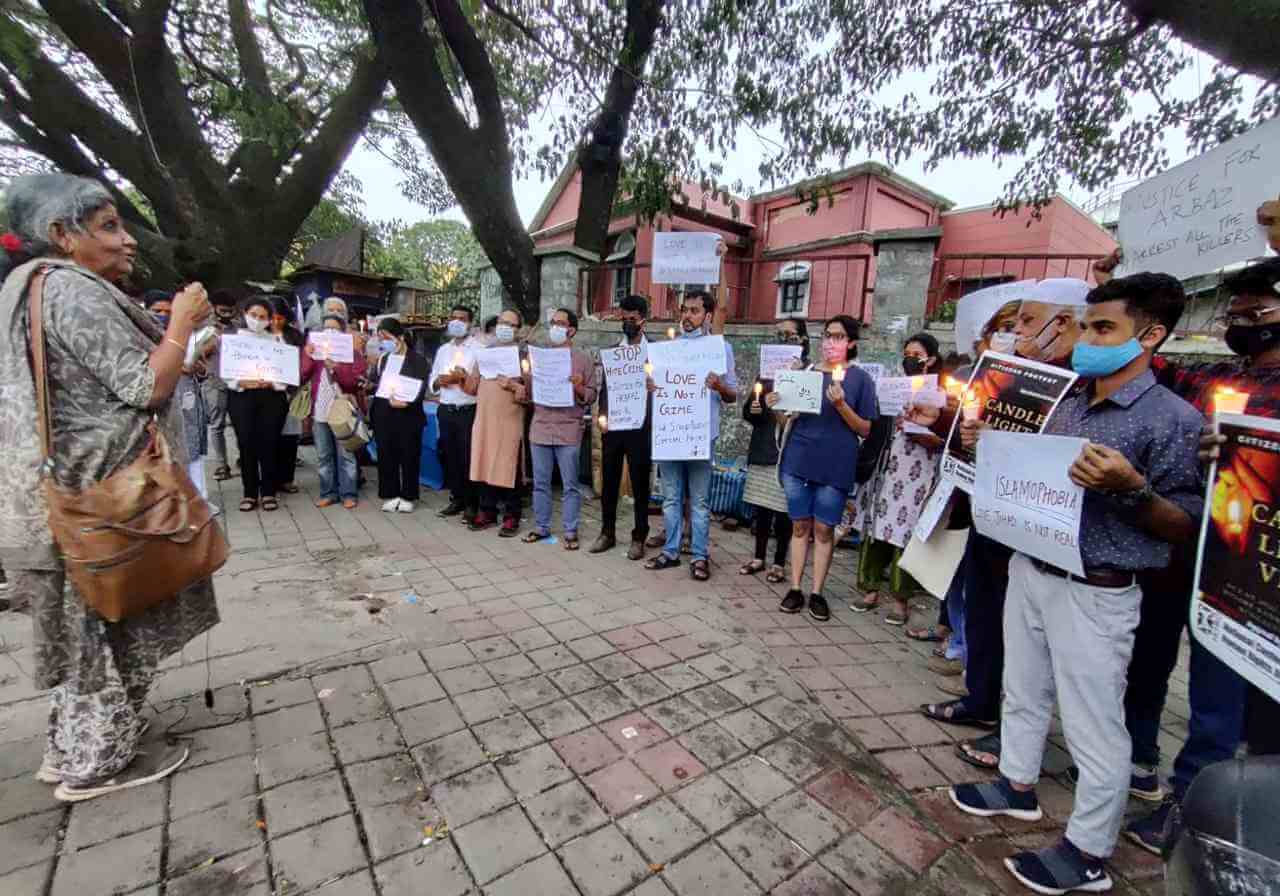 A candle-light vigil was organised by various groups in Bangalore against the horrific beheading of a Muslim young man Arbaaz by Hindu-supremacist outfit Ram Sene, because he and a young Hindu woman were in love with each other.

AICCTU activists held protests all over the state and vowed to resist communal hatred. AISA and AICCTU joined the candle-light vigil, where all the participants spoke up against the Islamophobia and Hindu-supremacist terrorism that was running amok under BJP regimes at the Centre and states.