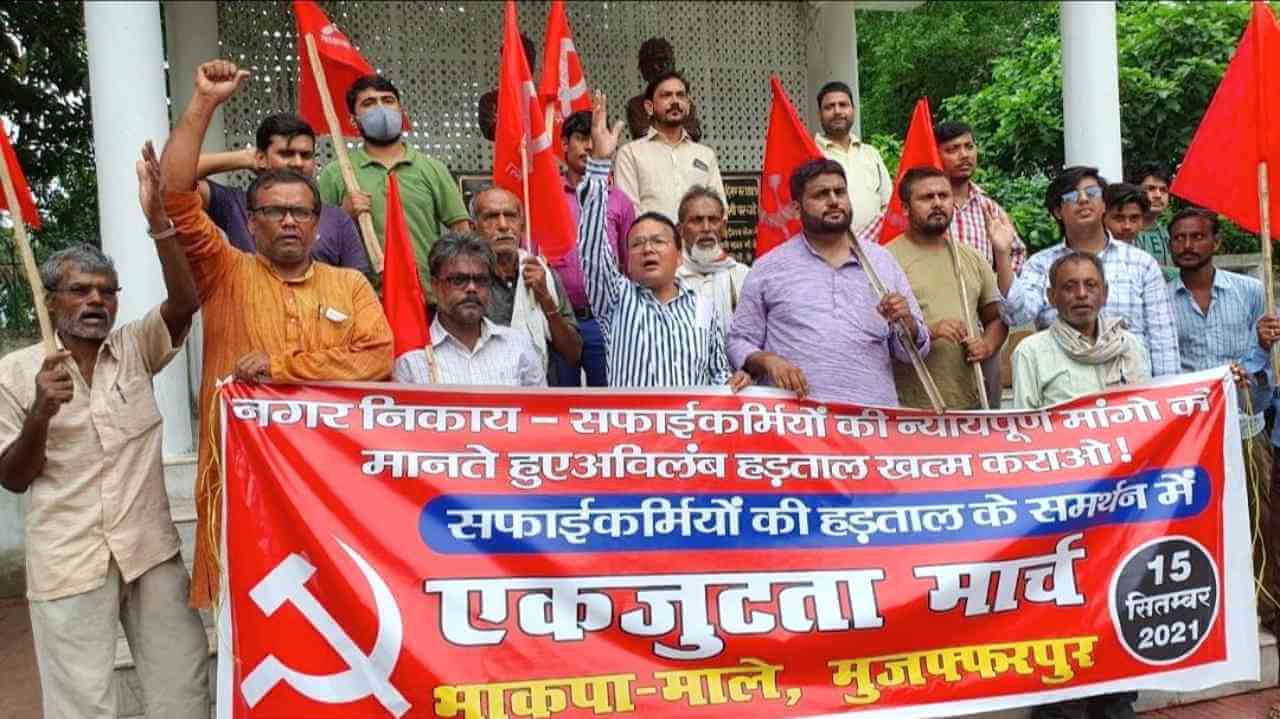 The corporation sanitation workers' strike ongoing across Bihar since 7 September (for repeal of order ending and instead outsourcing Group D posts, regularizing daily, outsourced and contract workers on these posts, creating regular posts in accordance with population, ending outsourcing/contract/commission system, equal pay for equal work and minimum monthly salary of Rs 18000) was ended after the Patna High Court passed orders directing the government to file a reply on the workers' demands within 8 weeks. The court made no adverse comments on the strike.