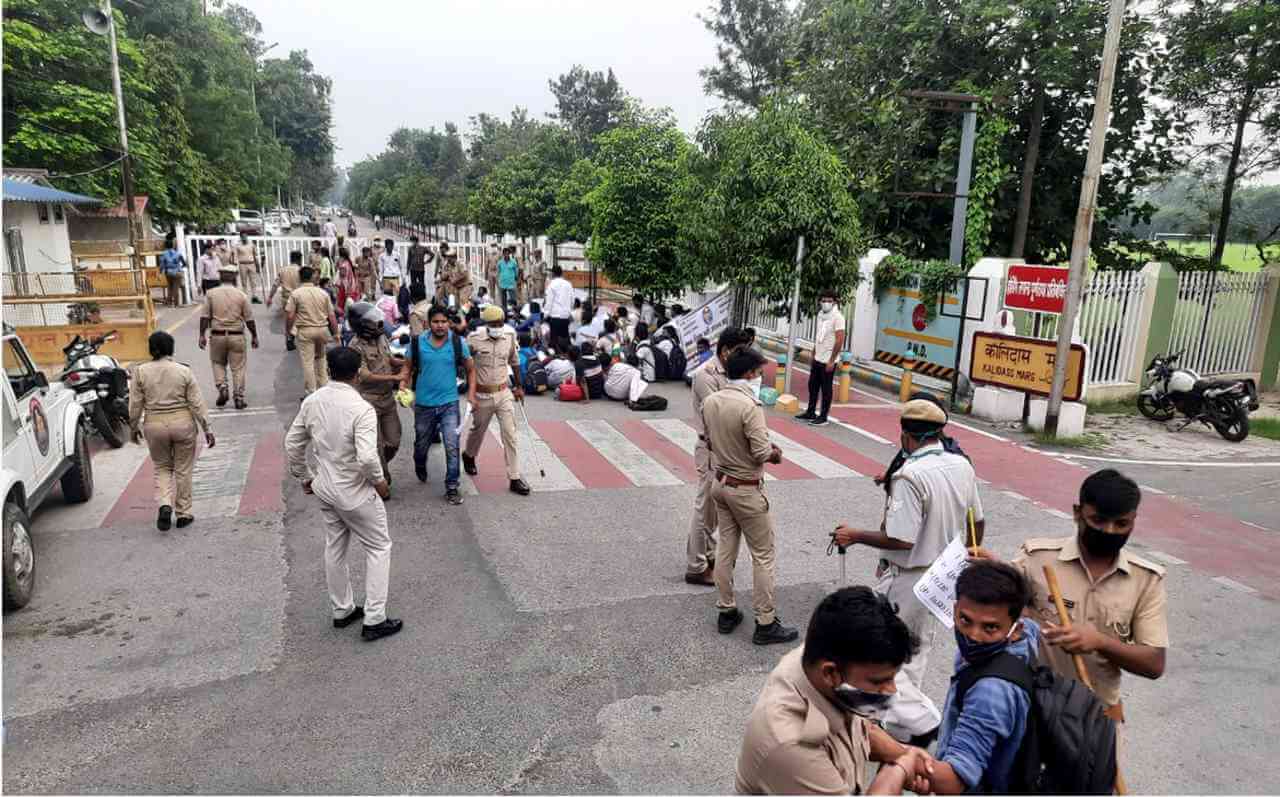 Students and youth protested in front of Uttar Pradesh Deputy Chief Minister Keshav Prasad Maurya’s residence at 30 June in accordance with the program previously announced against the failure to implement reservation properly in the 69000 teachers’ recruitment in Uttar Pradesh. The police lathi charged the peacefully protesting youth and arrested many students who were later released at the Eco Garden.

Condemning the lathi charge and arrests in strong terms, the students said that the reservation scam in the 69000 teachers’ recruitment is part of a well-planned conspiracy by the government. It is thus that they seek to end reservation in a planned way and the recruitments were carried forward despite the Other Backward Castes Commission asking them to be stopped.

They said that after the 67.11 cut-off for the General category, 49.50 reserved seats should have gone to OBC/SC/ST but this was not done. Reservation rules have not been comprehensively followed in this recruitment, causing the reserved castes a loss of about 20000 seats. There is great anger among OBC/SC/ST students in this matter. RYA is supporting the agitation against this reservation scam.

The students demanded that a new merit list should be released in keeping with proper implementation of reservation, officials implicated in the reservation scam should be punished, and Education Minister Satish Dwivedi and Personnel Minister Yogi Adityanath should resign.