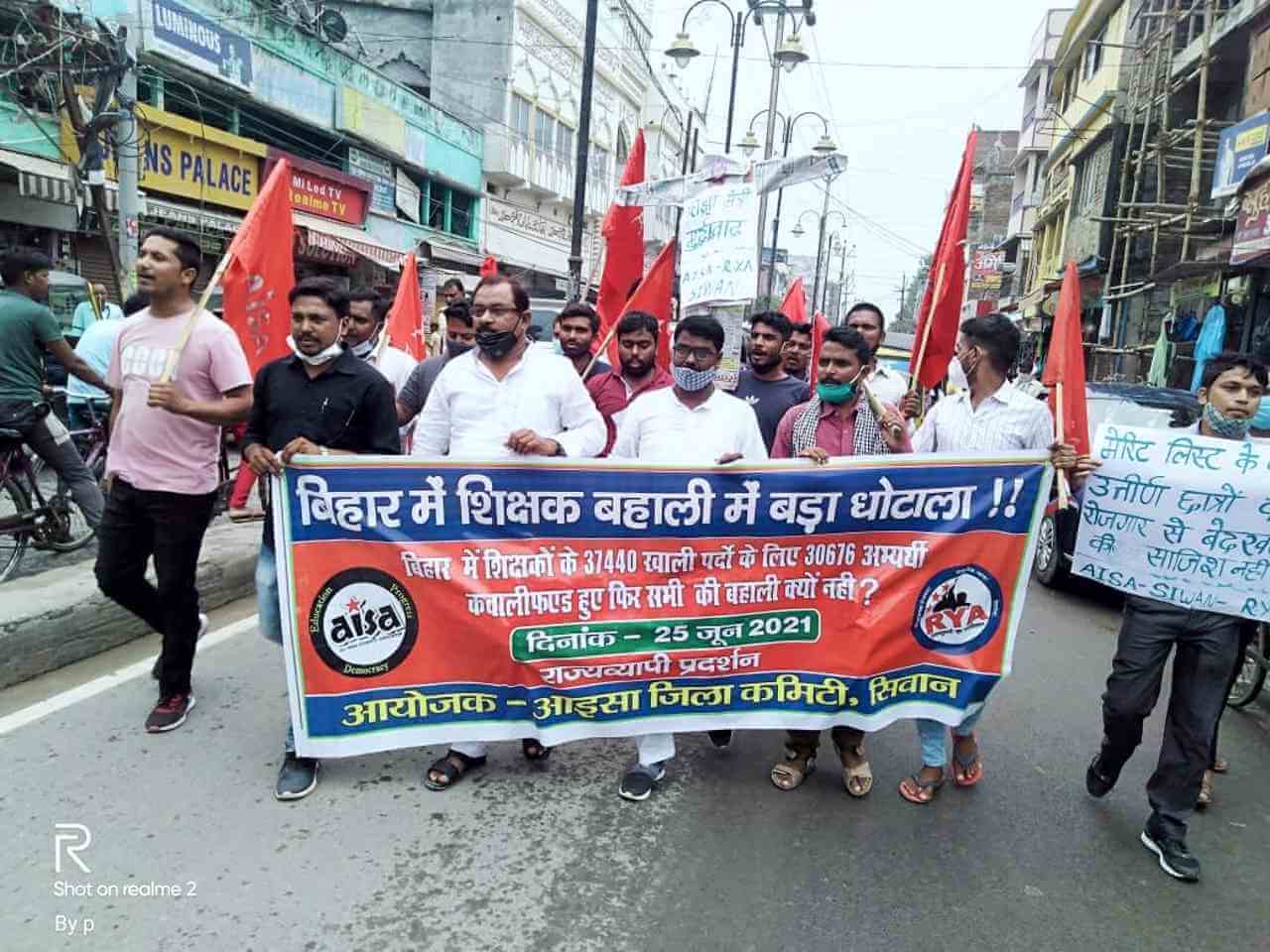 The Minister acknowledged that there are errors in the result and said that all the students who have qualified will be given appointment letters. The note 'Not qualified in Merit List' in some students' results is wrong; soon the appointing unit will prepare a merit list, for which the Education Minister will issue a letter.

CPIML Bihar State Secretary Kunal said in a statement on 29 June that the party strongly condemns brutal lathi charge in Patna on STET qualified candidates and demands immediate release of all the arrested candidates. He said that the government is at the root of the controversy raging over the STET 2019 results. The government's Minister says something and the officials sing a completely different tune, and thus the teacher-candidates have been left dangling and uncertain. The candidates are now unable to understand if the 2019 exam was a competitive exam or an eligibility test.

The fact is that thousands of teacher-posts are still lying vacant in Bihar. Therefore CPIML demands that the government should immediately appoint all the qualified candidates as teachers.

Under the call given by AISA-RYA, hundreds of teacher candidates from Bhojpur, Gaya, Nalanda and Patna protested in Patna on 25 June against the rampant fraud in STET 2019. The candidates were protesting against the fraud being done under cover of the merit list in the 7th phase of teacher appointments, and demanded the immediate appointment of all candidates who had passed the STET. The negligent attitude of the administration angered them further and they broke the Board's main gate while raising slogans for hours.

Later the District administration came to the spot and after the intervention of CPIML MLAs Manoj Manzil and Sandeep Saurav, talks were fixed with the Education Minister of Bihar for 4 pm on the same day.

Addressing the protesting candidates, Manoj Manzil said that when only 30599 candidates have qualified against 37,000 vacancies, how can so many qualified candidates be excluded under the excuse of 'merit list'? We demand that all STET qualified candidates should be appointed. If the government refuses, it has to be ready for large scale agitation.

Sandeep Saurav said that huge fraud has been exposed in the STET-2019 results. The government must immediately set this right. We do not want the false consolation of a 'committee to look into the matter'. All qualified candidates must immediately be placed in the merit list and their appointment ensured.

Under pressure of the protest the Education Minister met a 5-member delegation led by Manoj Manzil and Sandeep Saurav. The Minister admitted that there had been a mistake on the government's part and assured them that all qualified candidates would be appointed, and a letter to this effect would be issued by 28 June. The protest was led by RYA State Secretary Sudhir Kumar, AISA State Secretary Shabbir Kumar, Shivprakash Ranjan, Pappu Kumar, Vikas Yadav, Kartik Paswan, Tariq Anwar, Akash Kashyap and other student and youth leaders.