The Forgotten Promise of 19 Lakh Jobs in Bihar! 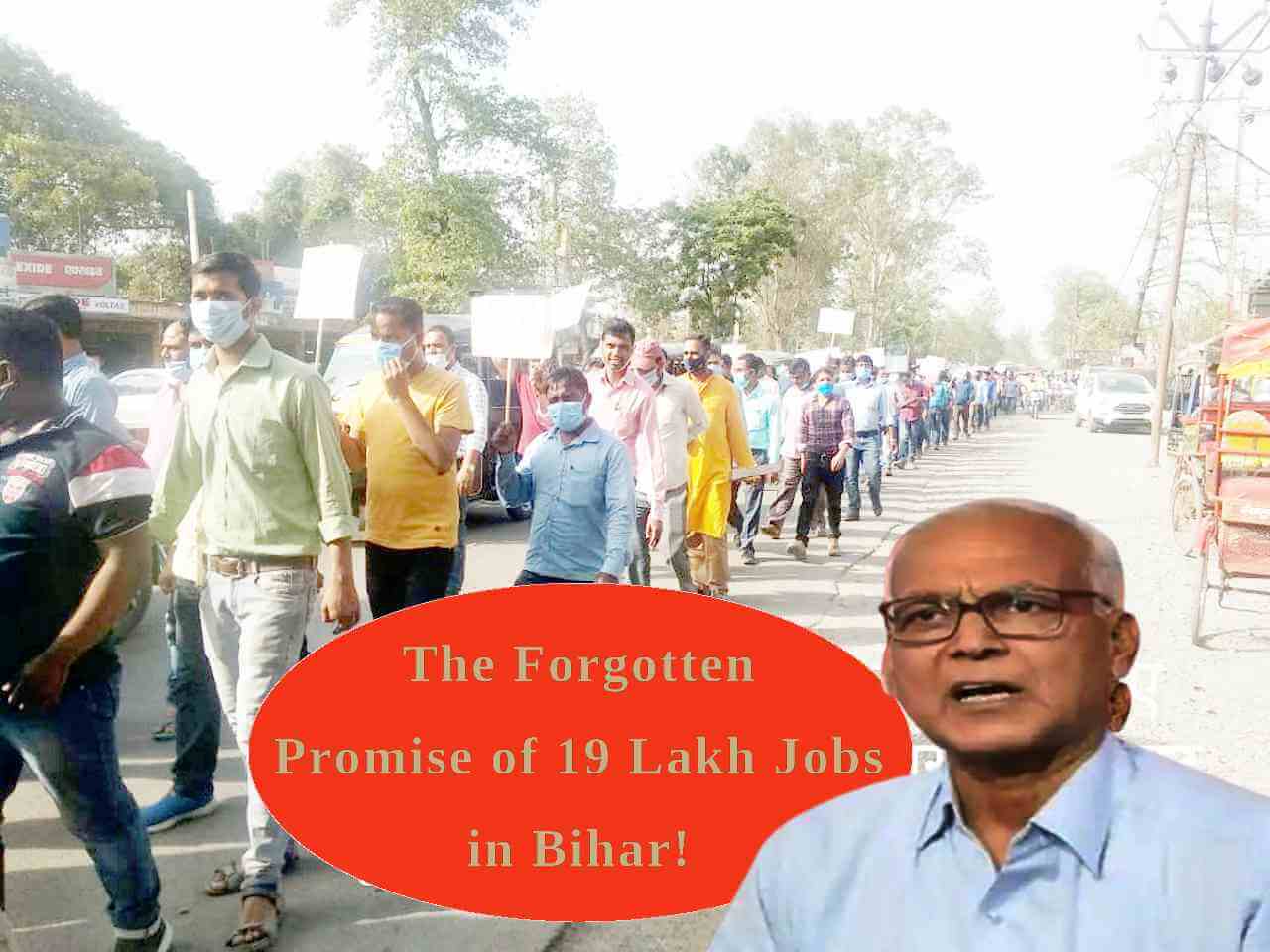 Commenting on the Bihar government's announcement of Rs 5 lakhs subsidy and Rs 5 lakhs loan for women and youth, CPIML Bihar State Secretary Kunal said on 19 June 2021 that this cannot be an alternative to the 19 lakh regular jobs promised by the BJP-JDU during the last Assembly election. The BJP-JDU is being true to its character in once again betraying the youth of Bihar. Our fight for dignified and regular employment will continue.

The CPIML Secretary said that Nitish Kumar is hyping this scheme with great ostentation, but he should first tell us why loans of SHG women have not been waived so far whereas several States have already done so. SHG women have been consistently demanding of the government to form clusters so that they can sell their products, but the government has not done this till date. Now they are announcing subsidies and loans of Rs 10 lakhs, but what is the guarantee that purchase of the goods produced by women and youth will be guaranteed by the government? Bihar does not even have such a domestic market where they can sell their products.

Today unemployment is at its peak in Bihar and lockdown and inflation have broken the back of the people. Starvation has become a huge issue. Many SHG women have been constrained to use their loan amounts for their family's subsistence instead of starting an enterprise. It is possible that new loans also will have to be used just for subsistence. The 5 lakhs loan for youth also carries an interest of 1 %. It will become impossible for them to repay the money. Therefore our demand is that the government should first of all make provision for subsistence allowance for all needy persons so that they are free from the worry of hunger.

Comrade Kunal further said that all industries have been shutting down one by one under the BJP-JDU regime. As such, where will the youth find employment? The condition of farming is also in tatters. Farmers are forced to sell their paddy, wheat, and other crops at throwaway prices. Sugar mills are closing down. Lakhs of arrears are due to farmers. The government has neither blueprint nor will-power for developing industries in Bihar. The irony is that ethanol has started being manufactured from food materials. This wrong utilization of food items will only increase food insecurity in the State. If the government does not set up industries how can the youth get employment?

Therefore the CPIML demands that the government should put emphasis on agriculture-based industries in Bihar so that women and youth get employment on a large scale; lakhs of posts lying vacant should be filled without delay; ASHAs, Rasoiyas and all scheme workers should be paid a minimum honorarium; SHG loans should be waived and clusters should be formed for procurement of their products. We shall not allow the Bihar government to back down from their promise of 19 lakh regular jobs.