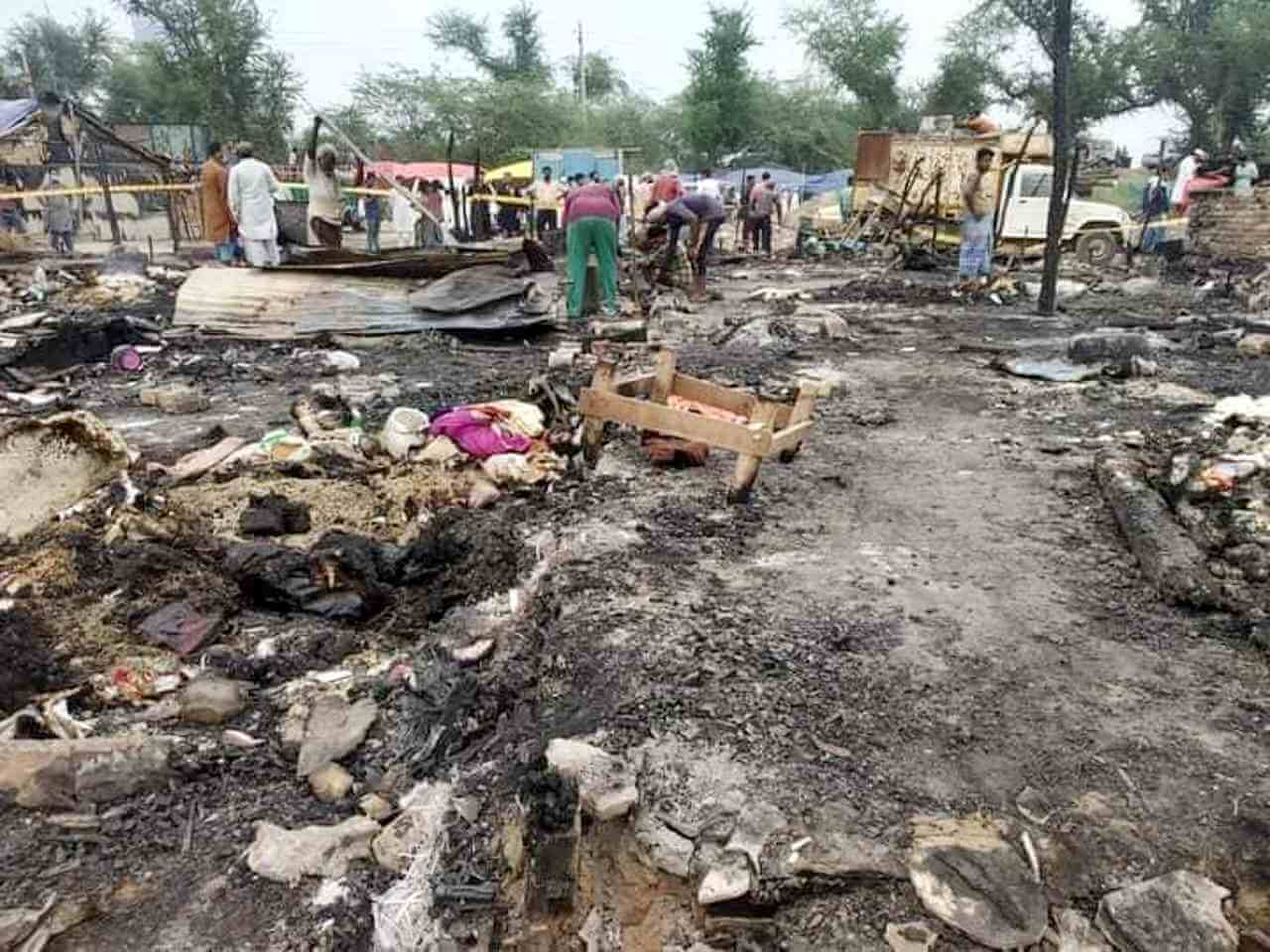 'In the evening, about 5 to 7 pm, some UP government officials came to our camp; they told us to vacate this place, otherwise we would come to harm. At 11.45 pm our houses caught fire". This is what Rohingya refugee Noor-ul-Amin told an AISA-RYA delegation who went to visit the affected families.

Late in the night of 19 June 2021 the Rohingya camp at Kanchan Kunj in Madanpur Khadar, South East Delhi was caught in a blazing fire, reducing about 55 huts to ashes. About 55 families and 270 people were living in this camp. There are no reports of injuries in this incident.

Nur-ul-Amin further says, there was a hut in our camp which had lain vacant for the past many months. It is a widow woman's hut but she does not stay there now. Yesterday's fire started from that hut. We did not see anyone setting fire, but how can a fire start all by itself in a hut where no one lives, without anyone setting fire? It should be noted that this camp for Rohingya refugees is set up on Uttar Pradesh Land Irrigation Department land.

Camp resident Kulsum says, we had gone to sleep at 10 pm. At about 11.30 we heard the screams of a child (girl). We woke up and saw that the huts were catching fire. We tried our best to put out the fire but it grew fiercer. Kulsum further says, everything we had has been burnt in this fire. Our phones, money, children's books, and whatever rations we had got in the lockdown. Only our lives have been spared.

Rohingya refugee Hilaluddin says, ever since the lockdown started we have been out of work. Last year the government had sent us rations during the lockdown, but this year we got no help. Many in this camp don't even have clothes to wear. Whatever little subsistence money we had saved up has been burnt in this fire. The situation is such that after a bath we will have to wring out and wear the same clothes again.

Jameeyat Ulema-e-Hind member Hafiz Mohd Yusuf Azmi who has been doing relief work for years among Rohingya refugees says, for about a month now UP government officials have been asking for this place to be vacated. He feels this incident has been perpetrated in preparation for the 2022 UP election. According to reports the UP ATS has arrested two Rohingya citizens from Ghaziabad, Amir Hussain and Noor Alam. The security agency claims that these two were illegally admitting Rohingya citizens into India.

If reports are correct, UP ADG Law and Order Prashant Kumar has stated that it is difficult to identify Rohingya and Bangladeshi citizens because they possess fake Voter IDs and Aadhar cards, due to which they could participate in next year's UP State election. After this, many questions are being asked of the UP administration.

Earlier in 2018 also (on 15 April) the Rohingya refugee camp in Kalindi Kunj was set afire, destroying about 47 huts and affecting 270 people.