India Must Speak Up Against Massacre By Myanmar Military 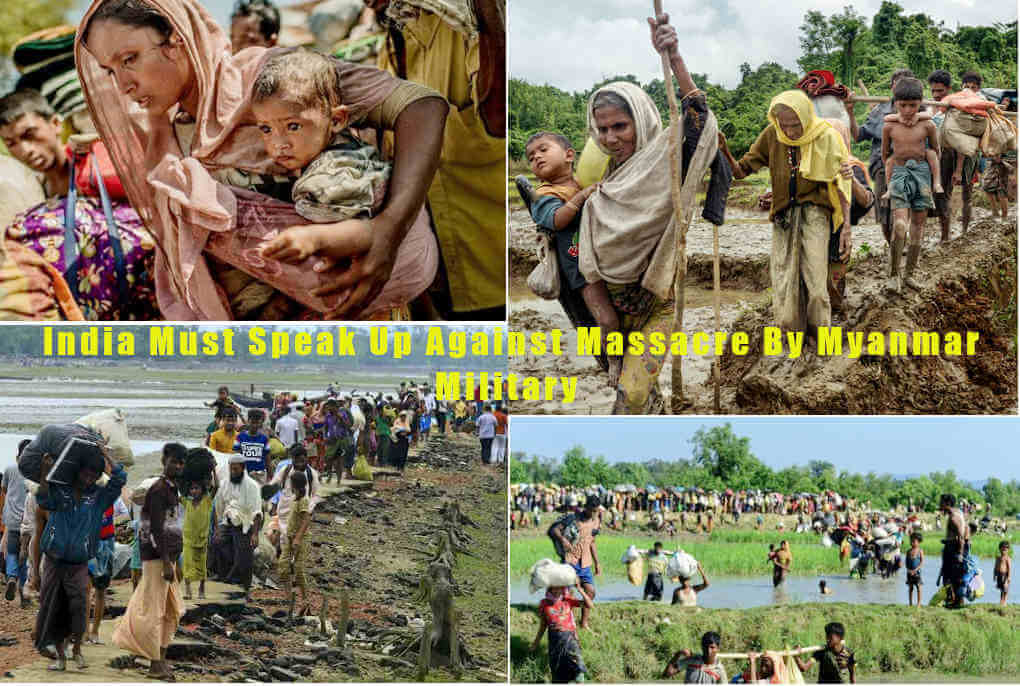 The military rulers of Myanmar, having ousted the civilian government in a coup, have unleashed a brutal crackdown against the people of Myanmar who are on the streets protesting the coup. The Myanmarese military have shot dead more than 500 civilian protestors.

CPIML stands in solidarity with the people of Myanmar protesting against the coup. We especially welcome efforts to forge solidarities between protestors who are recognised as citizens of Myanmar, and the Rohingya minority which is denied citizenship in Myanmar.

We also condemn the circular issued (and later withdrawn) by the Government of the state of Manipur, refusing food and shelter to refugees fleeing Myanmar, and the efforts of the Government of India to deport Rohingya refugees to Myanmar where they face almost certain death at the hands of the military regime. It violates international law (the right against refoulement) to deport Rohingya refugees to a country where they are not recognised as citizens and where they face a massacre. We condemn that remark by the Chief Justice of India during a hearing on the issue, where he said “The fear is that once they are deported, they may get slaughtered. But we cannot stop it.”

We demand that India abide by international statutes and honour its obligation to give safe shelter to refugees, including Rohingya refugees, fleeing massacre by the military in Myanmar.