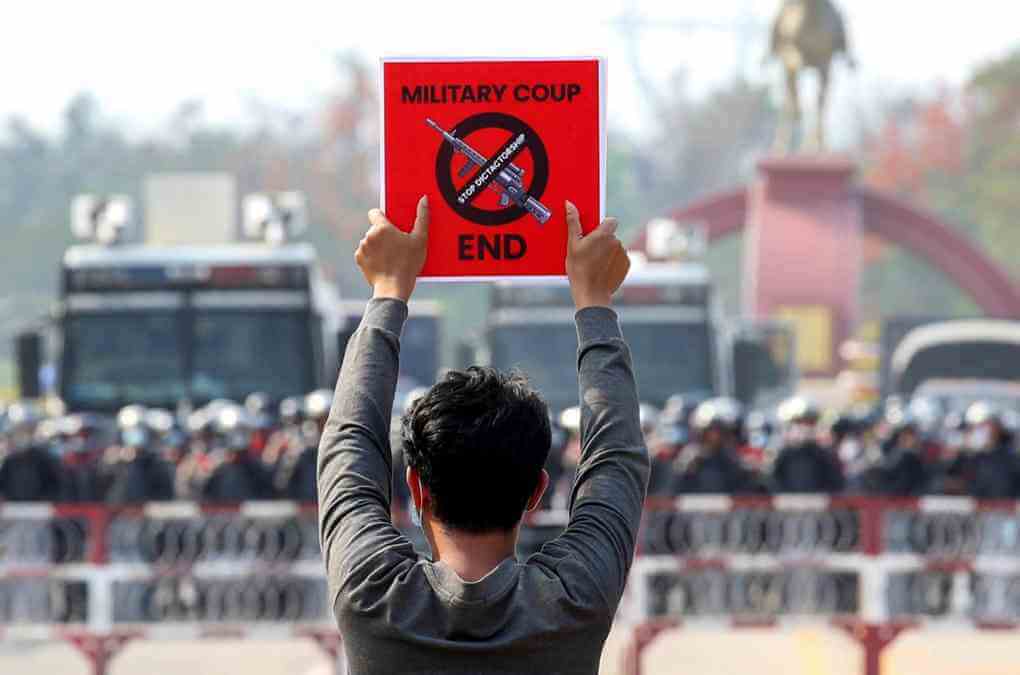 CPIML condemns the February 1 military coup in Myanmar, the detention of Aung San Suu Kyi and other leaders of the NLD which swept the elections last year, and the fatal firings on protesting people.

In 2015, openly contested elections were first held in Myanmar after 25 years of military rule. Between 2015 and 2021, the military never relinquished control to the civilian government headed by Suu Kyi.

The CPIML has been critical of the civilian government led by Suu Kyi, especially on its complicity with and silence on the disenfranchisement and genocide of the Rohingya people. We hope that the mass movement against the military coup will seek to build solidarities and unity with the Rohingya people, and strive not just to regain electoral democracy, but to democratise the entire social and political fabric of Myanmar, with justice for the Rohingya and other minorities.

We demand that the Government of India sever its ties with the Myanmar military regime. The Indian people must stand in solidarity with the mass movement against the military coup.