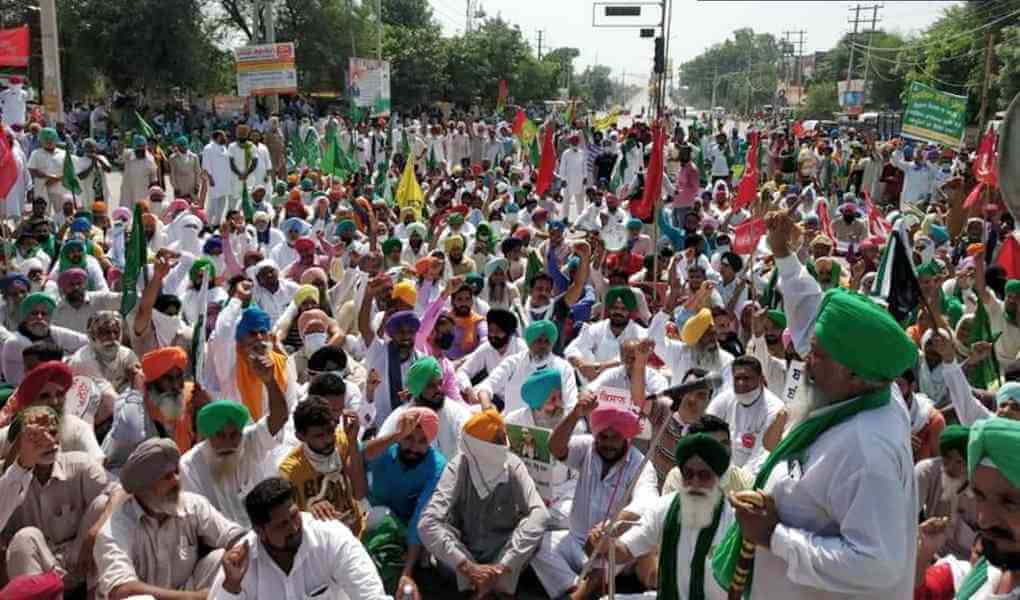 The rail roko movement started jointly by 31 farmers’ organizations on 1 October in Punjab has entered its 11th day on 11 October. On this day farmers and women participated vigorously in the protest at Mansa, which was addressed by All India Kisan Mahasabha National President Ruldu Singh Mansa and State Committee member Sukhdarshan Singh Natt.

Eleventh day’s protest was dedicated to the 10th martyrdom day of young kisan leader Prithipal Singh Chakk Alisher who gave his life for farmers’ struggles. He was martyred on 11 October 2010 when he was killed by usurers, moneylenders and their goons during his struggle to save the land (about 1 ½ acres) belonging to a poor farmer Bhola Singh (Hiro ke Kalan village) from being auctioned off.

All India Kisan Mahasabha National Executive member and Punjab Kisan Union State Vice President Comrade Gora Singh was attacked by supporters of Modi’s Farm Acts on the night of 11 October 2020 when he was returning home to Bhaini Baggha at 7.30 pm after many days at the kisan dharna in Mansa. Report of the attack was made immediately to top police officials. The attack on the kisan leader has been severely condemned by the AIKM as well as all other agitating farmers’ organizations.

On the night in question, the assailants were standing on both sides of the road. As soon as Gora Singh’s motorcycle approached, they attacked him from both sides with stout dandas (sticks). One danda hit him on his right jaw and the other on his left arm. The force of the assault made him fall prone on the ground along with his motorcycle. He has received a severe injury on his jaw. A report has been filed with the police naming the accused persons.

Comrade Gora Singh is a popular leader of the Punjab Kisan Union and one of the leading progressive farmers in Mansa. On 12 October kisan leaders AIKM Secretary Purushottam Sharma, Prem Singh Gehlawat and CPIML CC member Rajvinder Singh Rana visited him at the Mansa hospital.