Gujarat Genocide: The Truth Shall Continue to Haunt 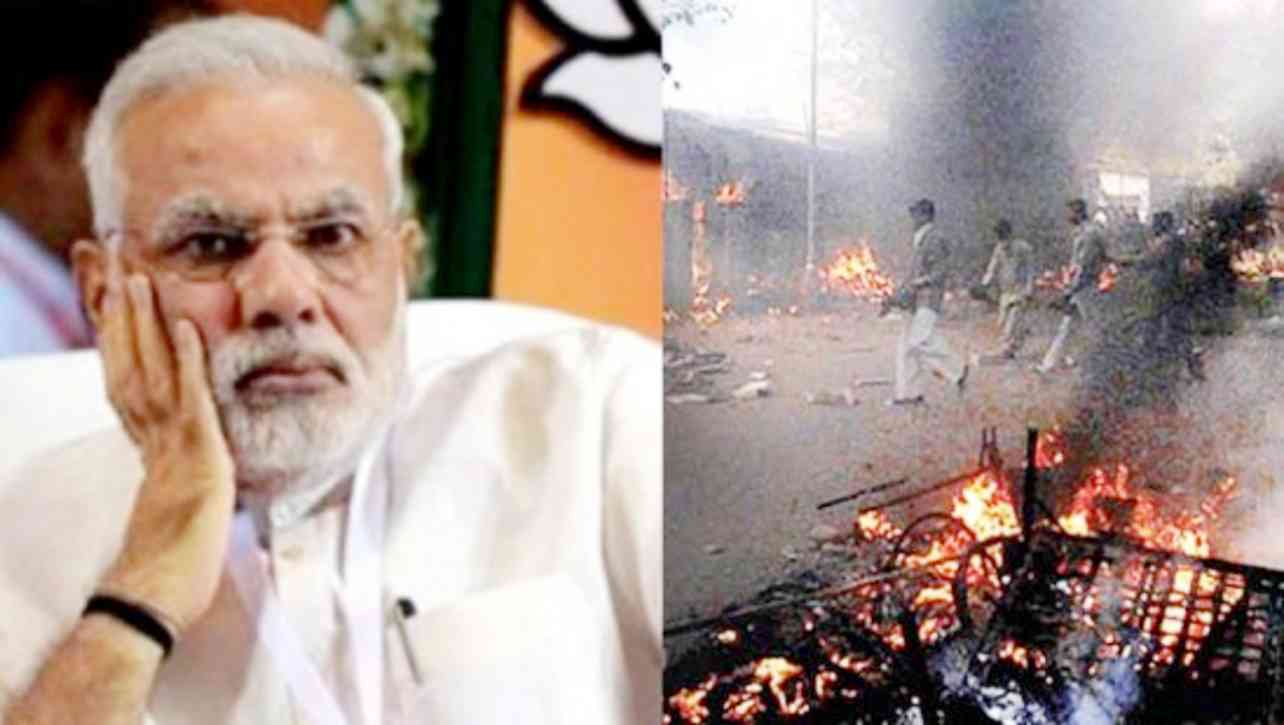 On 17 January, the BBC aired the first episode of a two-part documentary called ‘India: The Modi Question’ which focused on Modi’s role as the then Chief Minister of Gujarat when Gujarat witnessed a horrific pogrom in the wake of the Godhra train fire. The film was not aired in India and the Modi government promptly asked Twitter to take down tweets and links about the video and YouTube to stop uploads of the video or its clips. A spokesperson of India’s Ministry of External Affairs described the film as hostile propaganda trying to push a discredited narrative and driven by a colonial mindset. The gag order against the film on social media platforms was issued by invoking emergency powers under Rule 16 of the IT Rules 2021.

The world was shocked in 2002 when the genocide happened in Gujarat. A shocked India had voted the BJP out of power in 2004, and Gujarat 2002 was a major factor that decided the 2004 poll outcome. Till 2014 when Narendra Modi became the Prime Minister of India, many countries in the world used to refuse to grant visa to him precisely for his role as Chief Minister of Gujarat when the state witnessed one of independent India’s most traumatic and horrific mass killings. It is true that the Supreme Court has now closed down all cases pertaining to the Gujarat genocide and that it ostensibly found no evidence to prosecute Narendra Modi. It is true that Modi remains India’s Prime Minister since May 2014. But does that mean that the world must no longer talk about Gujarat 2002?

In fact, as the BJP makes it abundantly clear that the 2002 Gujarat genocide formed the very core of their Gujarat model - in 2022 Amit Shah said how the genocide had ensured ‘lasting peace’ in Gujarat and the BJP chose the 75th anniversary of India’s independence to reward the convicted rapists of Bilkis Bano and the murderers of her family members with release from jail to a hero’s welcome - it is important that we remember Gujarat 2002 in all its gory details. The BBC documentary does precisely that and tells us how a report of an internal investigation conducted by the British High Commission in 2002 had found all the hallmarks of ethnic cleansing and held Narendra Modi directly responsible. The then British Foreign Secretary Jack Straw again confirmed this report in an interview with Karan Thapar after the angry reaction of the Modi government to the BBC documentary. In fact, the full text of the report now disclosed by the Caravan magazine calls the Gujarat genocide a pre-planned attack using Godhra as a pretext.

A strong point of the film is that it includes an interview with Narendra Modi himself where he looks menacingly at the interviewer and tells her contemptuously that the police had done excellent work to control the situation. Those were early Modi days when he had still not mastered the art of avoiding media interaction. In fact, the only ‘self-criticism’ Modi made in that interview was that the government could not handle the media well. The BJP did not yet have total control over the media and the truth of the Gujarat genocide could not be suppressed. We can well see why the Modi government at the Centre made it a point to ensure that it did not have to face a watchdog media any more. The transformation of the mainstream media into a mouthpiece of the Modi government and complete avoidance of any interaction with journalists who could raise critical questions have been the two ‘corrective lessons’ drawn by Narendra Modi from his confessed failure to handle the media during Gujarat 2002.

Only the other day we saw how the Modi government went all out to promote and use the Kashmir Files film as a propaganda weapon. And now it rubbishes the BBC documentary as a propaganda piece and invokes emergency powers to block the film on social media platforms in India! If people are still watching it on the internet or on their digital devices, the regime wants to stop it by force. In JNU electricity connection was cut off and ABVP violence unleashed to stop students from screening and watching the film. And simply because the documentary was aired on the BBC, the Modi government calls it driven by a colonial mindset even as the government itself rules increasingly as the colonial power had done, using draconian laws to suppress every dissent and curb every freedom of citizens.

Genocidal crimes can never be whitewashed. The truth shall always come back to haunt the perpetrators. ‘Emergency powers’ of censorship can temporarily block a film but can never suppress the truth for ever.