No Scripture is Beyond Critical Introspection, Ramcharitmanas Has Several Anti-Women and Anti-Shudra Compositions: CPIML 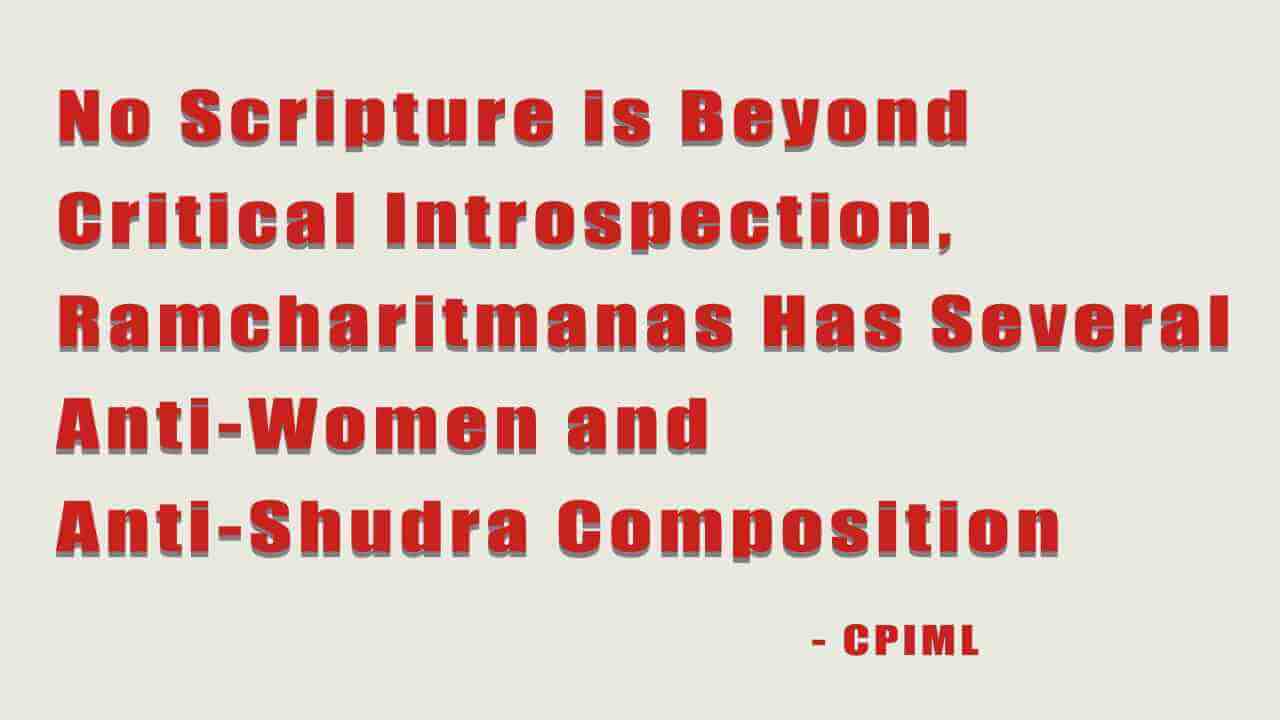 Speaking on the issue of a critical comment on Ramcharitramans by Bihar Education Minister Chandrashekhar, CPIML Bihar State Secretary Kunal said that Tulsidas’s epic poem in the Awadhi language has several compositions that justify discrimination against women and shudras. Books like Manusmriti have already been rejected by Dr. BR Ambedkar has texts that perpetuate caste discrimination in the society.

“No scripture or text is beyond critical introspection. Texts that perpetuate archaic tradition and values, and demean women and certain communities/groups of people as sub-humans can’t be justified. BJP should explain why it loves so much anti-women and anti-dalit texts.” added Kunal.

In a statement, All India Progressive Women’s Association (AIPWA) also noted that the Ramcharitmanas was written in a period of history where anti-women and caste discrimination were rampant and such archaic values are reflected in Tulsidas's work. Our aim is a world without any form of exploitation of humans by humans, and in this endeavour we must scrutinise all old traditions and values, including scriptures and books that perpetuate discriminatory and exploitative practices.

CPIML strongly condemns the hate filled propaganda by the BJP-Sangh brigade over Bihar Minister’s comment. There had been threats by right-wing elements which declared to give a reward of Rs 10 crore to the person who cut off the tongue of the education minister of Bihar. Such threats of violence on the issue reflects BJP-Sangh’s anti-women and anti-dalit position.