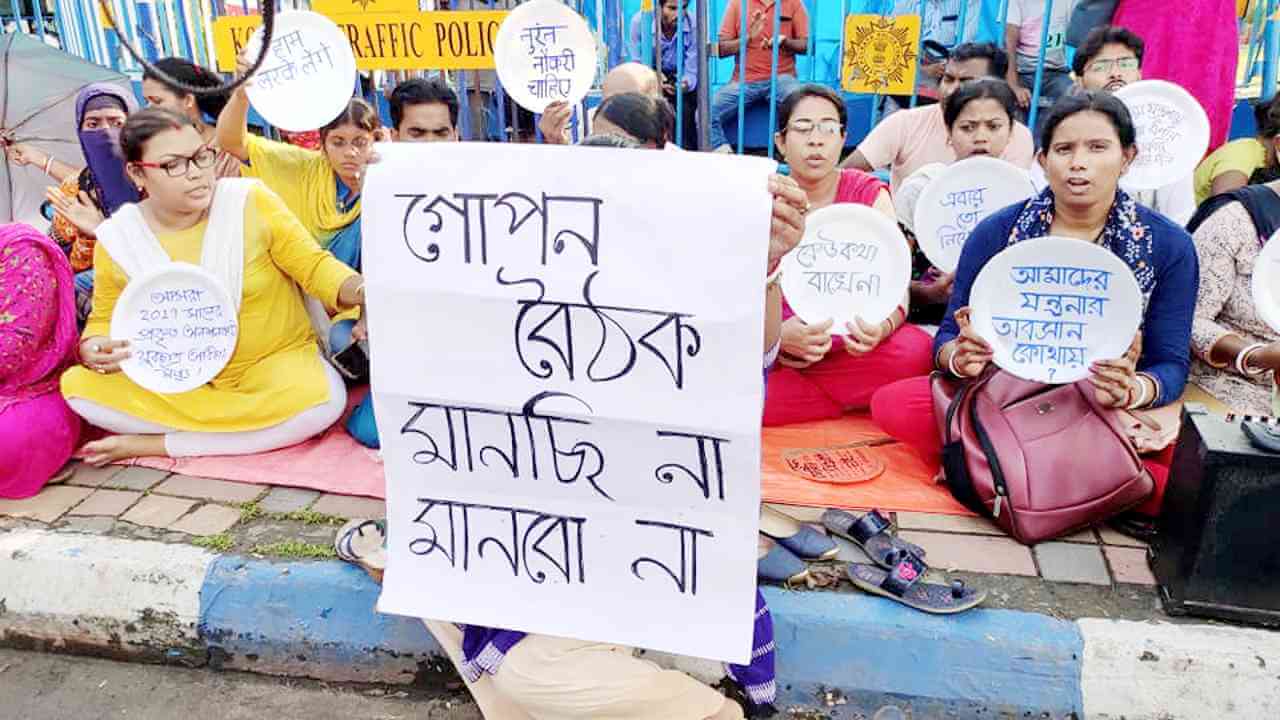 The startling recovery of more than fifty crore rupees in cash and gold from two flats belonging to an actress and reportedly a close aide to the now dropped TMC minister Partha Chatterjee has once again put the Mamata Banerjee government of West Bengal in the dock. The recovery of the cash and the arrest of the minister have happened in the wake of the Calcutta High Court judgement ordering a CBI probe into the massive irregularities and brazen manipulation in the School Service Commission recruitment process in West Bengal. And behind this court verdict lies the protracted struggle of the deprived and betrayed applicants. While the dominant media coverage of the issue now revolves around the arrested minister and his associates, we must focus first of all on securing justice for the deprived would-be teachers who have been the direct victims of this scam.

Six years ago, the School Service Commission of West Bengal had conducted a State Level Selection Test for recruitment of teachers for classes 9-10 and 11-12. The results published in November 2017 and March 2018 surprisingly did not reveal the respective score and ranks of all applicants, only letting applicants know if they had passed or not. The ranks were later revealed under pressure from the Court, but recruitments did not comply with the merit list. It turned out that well connected individuals, daughter of one of an accused minister Paresh Adhikari, to mention just one example, got jobs even after not qualifying in the merit list. On February 28, 2019, deprived candidates launched an indefinite protest fast on the Kolkata Press Club grounds and thus began the protracted movement against the SSC recruitment scam.

A month into the protest fast movement, Chief Minister Mamata Banerjee and then education minister Partha Chatterjee had met the protesters and assured them to correct all anomalies and ensure prompt recruitment of all according to the merit list. A committee was formed and the fast was withdrawn on 28 March. But the deprived candidates were in for another shock when they found the government had gone back on the assurance with yet another round of selective recruitment. Protests resumed, as did the legal battle, and the movement continued despite police repression, administrative obstacles and disruption caused by the pandemic and Assembly elections. It is this determined relentless struggle of deserving but deprived youth which exposed what the High Court described as 'tip of the iceberg'.

The revelations have reignited the popular discontent in West Bengal against the TMC misrule. The BJP clearly seems to have discovered a huge opportunity to fish in the troubled waters of West Bengal. After Maharashtra, West Bengal and neighbouring Jharkhand are understandably favourite targets for the BJP's power-grabbing Operation Lotus campaign. Three Congress MLAs of Jharkhand have already been caught travelling in a cash-laden car in Howrah District even as film star turned BJP brand ambassador Mithun Chakraborty claims to be in touch with at least thirty-eight TMC legislators. While the dominant TRP-hunting media has discovered a goldmine of gossip and sensation and the BJP is busy with its horse-trading game plan, the youth movement for jobs and justice has to hold on to its agenda and the Left must extend full support to this great battle. The CM is yet to hold any open discussion with the protesters, but TMC leader Abhishek Banerjee has initiated talks with a select delegation of protesters thereby creating serious doubt about the government's plans.

Recruitment scams depriving deserving job aspirants and admission scams denying higher education opportunities to deserving students have become a sordid reality in today's India. In BJP-ruled states such scams are being systematically hushed up and agitations crushed with brute force. The infamous Vyapam scam of Madhya Pradesh is the most shocking example where scores of whistle-blowers and witnesses have been physically bumped off to suppress the pursuit of justice. Credit goes to the agitating youth and justice-loving citizens of West Bengal for having exposed the rot in the recruitment process and led the movement for justice to the present juncture. All support should now be extended to the agitating youth of West Bengal to secure an emphatic victory over this sordid scam and systematic subversion of the rights and dreams of young Bengal. 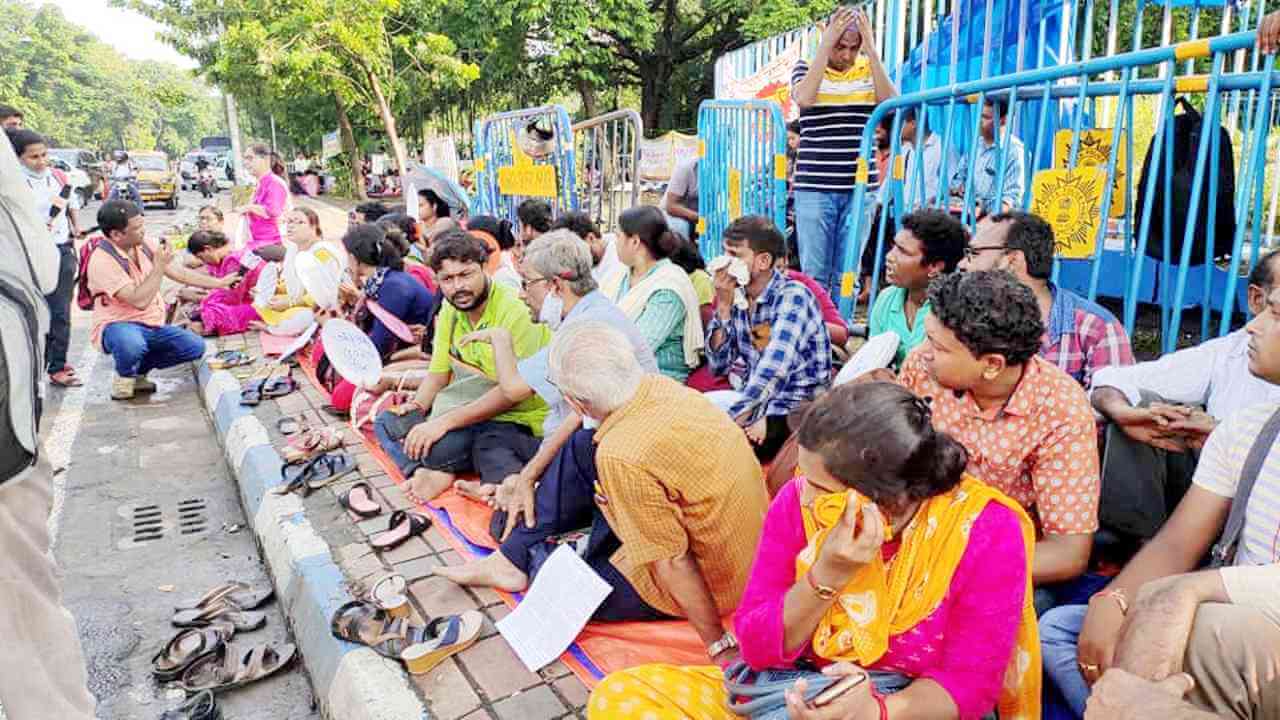