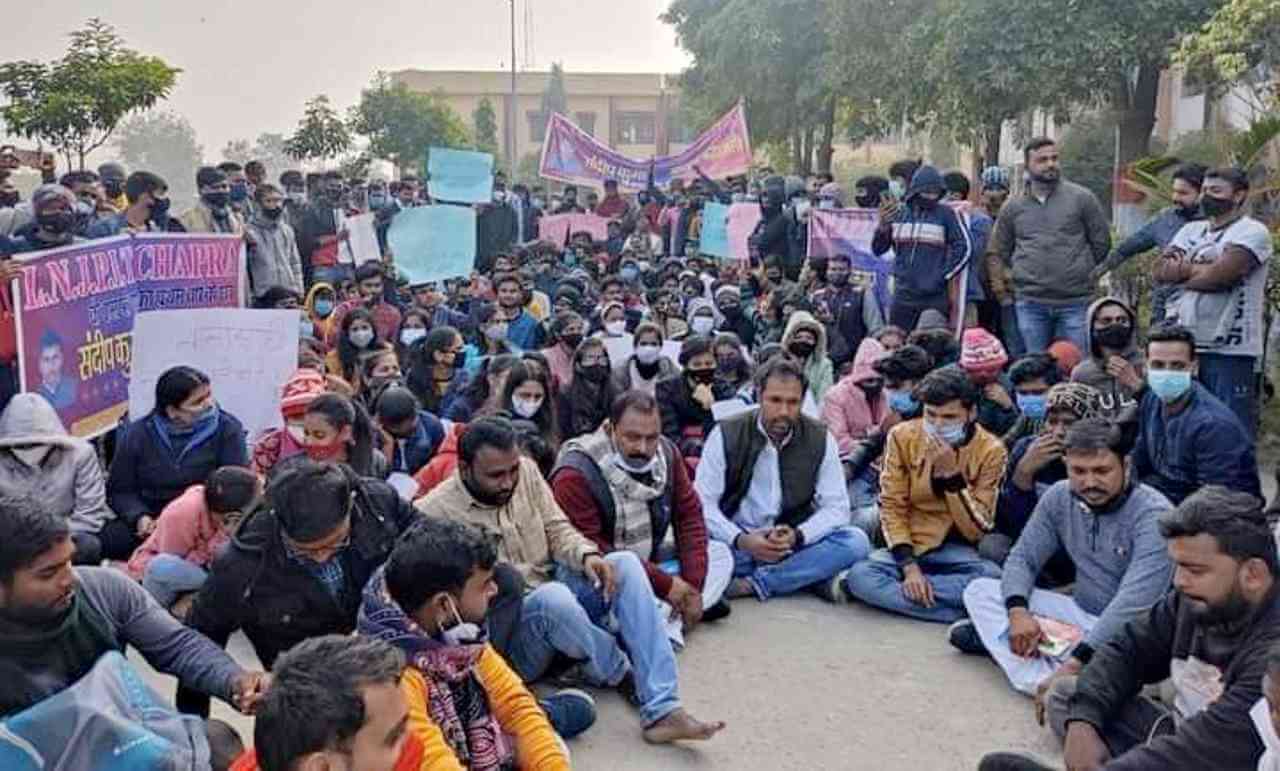 As men and women students sat on dharna on 7 January 2022 in the college campus, they were joined at 11 am by MLAs Amarjeet Kushwaha and Manoj Manzil, RYA State Secretary Shiv Prakash Ranjan, AISA State Secretary Sabir Kumar, RYA State Joint Secretary Pappu Kumar, Vikas Yadav, Jaishankar Pandit, Dipankar, and Delhi AISA leaders Jaggu and Neeraj. When this information reached the District administration the ADM and SDM reached the college campus at 5 pm and talks were held in their presence.

The administration tried to divide our team but the students did not let this ploy by the administration succeed. The insensitivity of the Nitish administration was exposed during the talks. The ADM said it was not possible to pay governmental compensation now but he was ready to give Rs 4000-5000 from his pocket.

After the talks the students organized a candle march in tribute and were joined in the march by all the AISA-RYA leaders.

The students told the AISA-RYA-CPIML team that some students has organized a program for Tulsi Puja on 25 December, upon which the Dean of the college abused them and so the students had protested against the Dean. After that the college administration announced the internal exams. The administration is conducting the exam for a 6-month course after just 1 month of teaching. Students were tortured by snatching away exam copies before the time period was up and threatened with being failed. Due to these threats and torture by the college administration, 2nd year Mechanical Engineering student Sandeep Kumar Bhagat hailing from a poor family in Ubadhi village, Siswan Block, Siwan District, committed suicide by hanging himself in his hostel room.

The students said that extra fees are extorted from students in this college. Classes are not run regularly, proper food is not given, and there are no medical facilities. Students who fall sick have to go 12 km away for treatment. There is no proper arrangement for water and the students have constant problems.