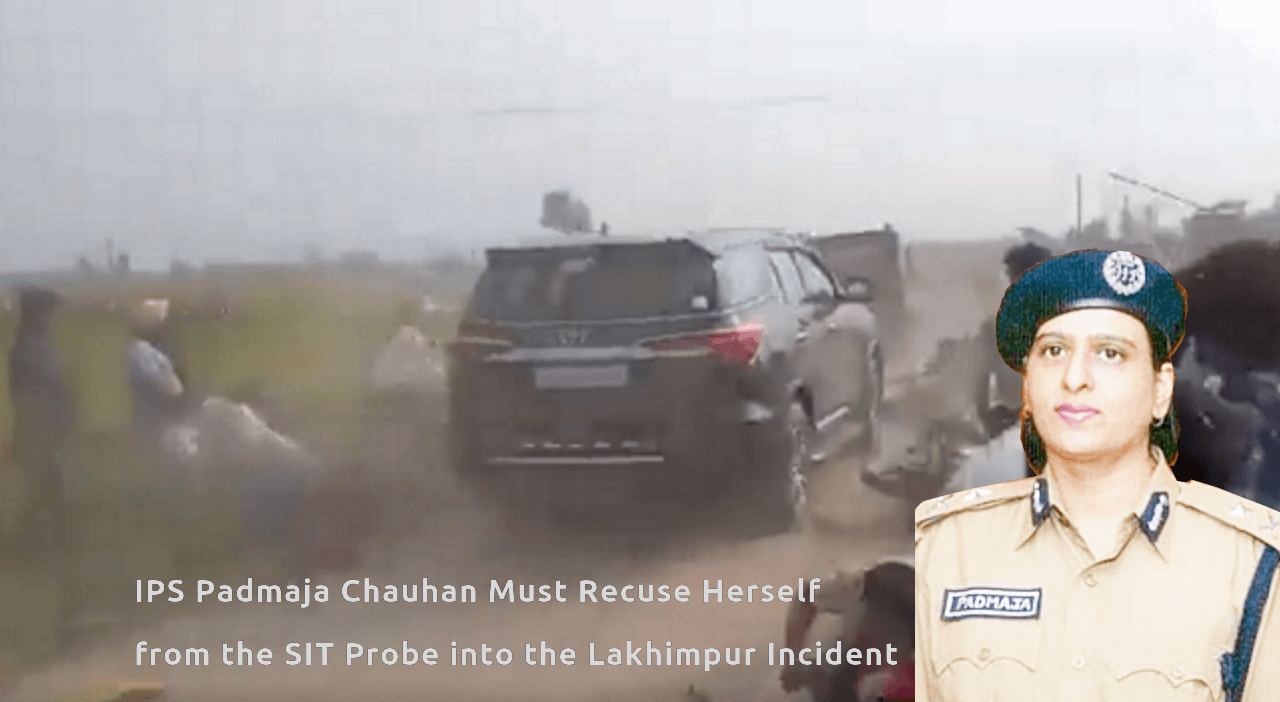 The Supreme Court has fixed the name of a former High Court judge to monitor the Lakhimpur incident in which farmers were killed. 3 IPS officers have also been included in the SIT. The All India Kisan Mahasabha welcomes this decision by the Supreme Court and feels it will make the victims have confidence in justice.

But among the 3 senior IPS officers included in the SIT is Padmaja Chauhan who has been a controversial officer. During her posting in this very Lakhimpur Kheri District she was implicated in repression against the farmers' movement. Moreover, she had also attacked the fourth pillar of democracy, the press, for raising the voice of farmers and victims of police repression. The Press Council of India, after a detailed enquiry by a 5-member committee, passed a historic order indicting Padmaja Chauhan of wrong behaviour with the common public and saying that she should not be posted at public places and advising that this matter be tabled in the Rajya Sabha, Lok Sabha, UP Vidhan Sabha and Vidhan Parishad.

The National Human Rights Commission had also condemned the oppression of Amar Ujala journalist Samiuddin Neelu, the attempt at his murder and the false case against him during her posting in Lakhimpur Kheri. The Commission also ordered Rs 5,00,000 to be paid as compensation to the victim journalist. During this period false cases were registered against more than half a dozen journalists at the orders of SP Padmaja Chauhan. The NHRC recommended a CBI enquiry into this matter against which Padmaja Chauhan succeeded in getting a stay order through her police contacts and secured a promotion. The matter is still sub-judice in the High Court.

During her tenure as SP, Padmaja Chauhan slapped the Gangster Act against AIKM leaders including Ramdaras and Kranti Kumar Singh during the farmers' movement for land pattas to poor farmers in Guthna Bujurg village in Lakhimpur Tehsil. She also sent dozens of farmer activists to jail including the late Allauddin Shastri and late Ajanta Lohit, for raising their voice against repressive action. Her postings in Bulandshahar and Badayun were also full of controversy.

AIKM believes that it cannot be right by any standards for an officer known for repressive action to be part of the SIT to probe into the Lakhimpur Kheri incident.

The AIKM has demanded that IPS Padmaja Chauhan should either recuse herself, withdraw her name from the SIT, or the Supreme Court should ask the state government to give the name of a non-controversial officer in the place of Padmaja Chauhan.