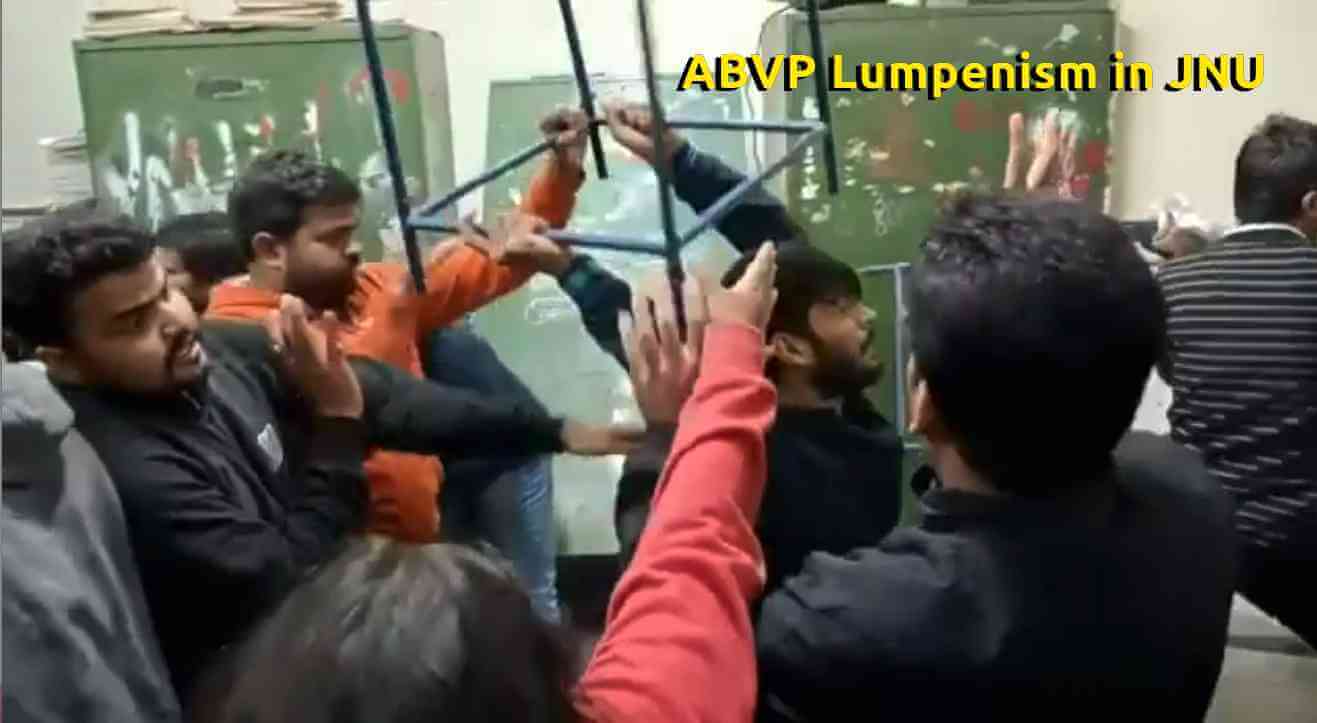 JNU students held a resistance march against ABVP's hooliganism on 15 November against another case of campus violence. ABVP unleashed a violent attack on peacefully protesting students in front of the JNUSU office on the night of 14 November.

An organisation had booked the JNUSU office for 14 November evening to hold their organisational programme. For last two days that organisation had put up posters for the same programme. On the night of 14 November, when the organisers reached JNUSU office to begin their programme, they found that JNUSU office was occupied by some 15 members of ABVP. Activists from AISA along with the organisers of the meeting tried to convince the ABVP activists, asking them to leave the Union Office and let the said organization continue with their programme. ABVP lumpens started abusing them and catcalling.

At these point, our activists came out of the union office and started raising slogans against ABVP. A large number of students started joining the sloganeering. Soon,  common students outnumbered ABVP. In the face of this peaceful and democratic resistance, the desperate ABVP lumpens resorted to violence. Their goons started hitting common students. Dhananjay and Aman had to suffer injuries. Akhtarista and Dripta were subjected to verbal abuse and manhandling by the goons of ABVP. Vivek Pandey, a student from SIS got severely injured. Former JNUSU Councillor, Umesh, and various other left activists faced injuries due to this attack. The guards, like always, stood there as mute spectators of the attack by the ABVP goons.

But common students turned up in huge numbers to resist the ABVP attacks and to defeat the fascist lumpenism. As the goons realised that their bluff had been called, they left the union room.