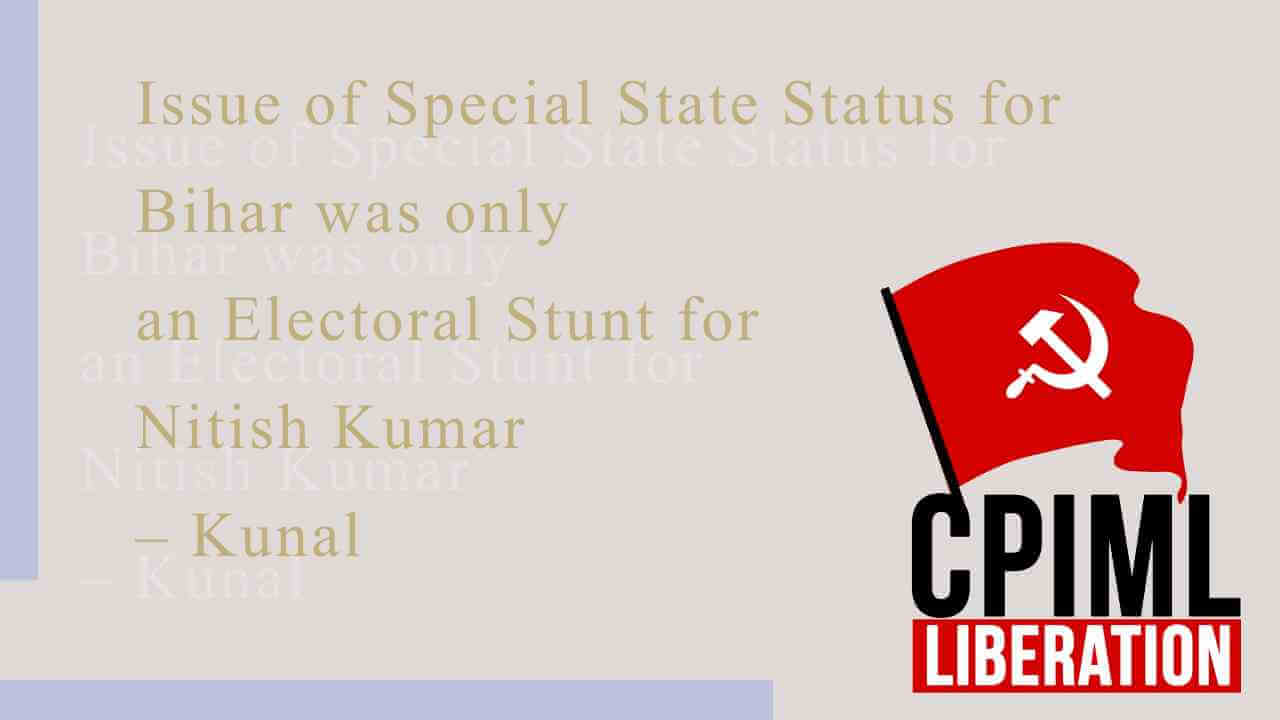 CPIML Bihar State Secretary Kunal said on 28 September that for Nitish Jumar and the JDU the issue of special status for Bihar was never anything more than a political stunt. Today JDU people are saying that they are tired of asking for social status, so now they will content themselves with an economic package.

What can be a bigger irony--for the last 16 years there have been BJP-JDU governments in Bihar; when Bihar was divided BJP was at the helm at the Centre, and for the past 7 years there has been a BJP government at the Centre. BJP-JDU never stop singing the advantages of this double-engine government, so they must answer why Bihar has not yet been given special state status.

It is very clear that the BJP is negligent in its treatment of Bihar. Not only are they silent on special status for Bihar, the funds announced by the Prime Minister for Bihar so grandly before the 2015 election have not been received yet. The BJP government did not even allow Patna University to become a Central University.

If the JDU were truly serious about this issue, they would not be locked in embrace with the BJP today.

The Planning Commission report, which places Bihar 28th on various development standards, has exposed the reality of Bihar. The BJP-JDU government is squarely to blame for this. The government that always flaunts 'development' has dragged the state down to 28th spot. What can be more shameful than this?