Government must take Responsibility for All Deaths during Covid Period 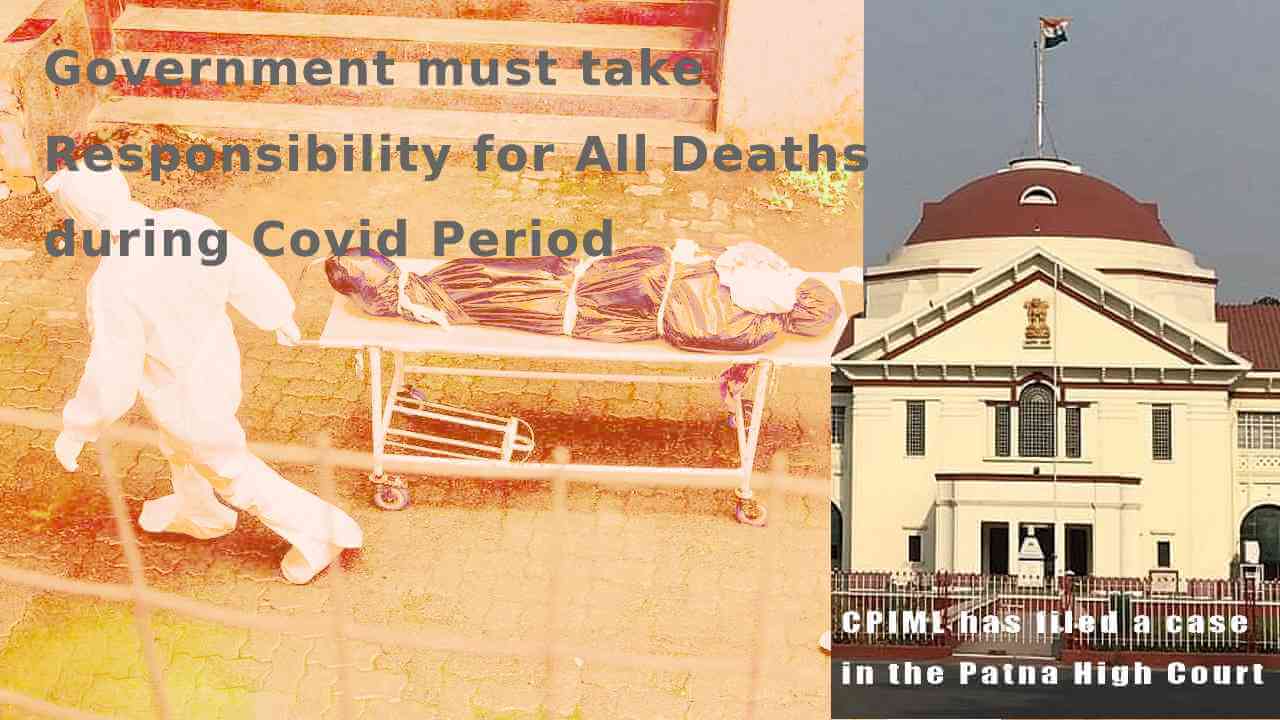 CPIML has filed a case in the Patna High Court against the lies and irresponsible behaviour of the Central and State governments regarding the deaths that occurred during the Covid period. This petition has been accepted. CPIML State Secretary Kunal is the petitioner.

CPIML has brought out the ground reality of the deaths in the Covid period. Contrary to government claims the death numbers are 20 times greater. The party has raised this issue inside the Assembly and given data to the government but the government is adopting the most negligent attitude. Party leader Dhirendra Jha said that finally, we have appealed to the courts and we hope that the people of the country and the state will get justice. This case has been filed against the Central government, State government and the Health Department

Since the Central government declared Covid a pandemic when it was rampant in the country, the government cannot run away from its Constitutional responsibility of providing compensation to all who lost their lives during the Covid period.

Registering each death is the responsibility of the government. The government must account for the cause of every death and provide compensation. Instead, they are hiding the true death figures. CPIML conducted a survey in 13 Districts and gave the statistics to the government.  Under Section 12 of the Disaster Management Act 2005 the government should have provided compensation for all the deaths.

As hospitals were admitting only Covid patients, the responsibility for those who died of other causes also falls on the government. Therefore the families of these deceased persons should also get compensation from the government.

Large scale deaths occurred due to Covid-19 and the lockdown. Moreover, people also suffered from social boycott and grief. The government maintains an obstinate silence on this issue. The attitude of the government is unconstitutional and irresponsible. This is not only a violation of the law but also an attempt to suppress and kill facts.