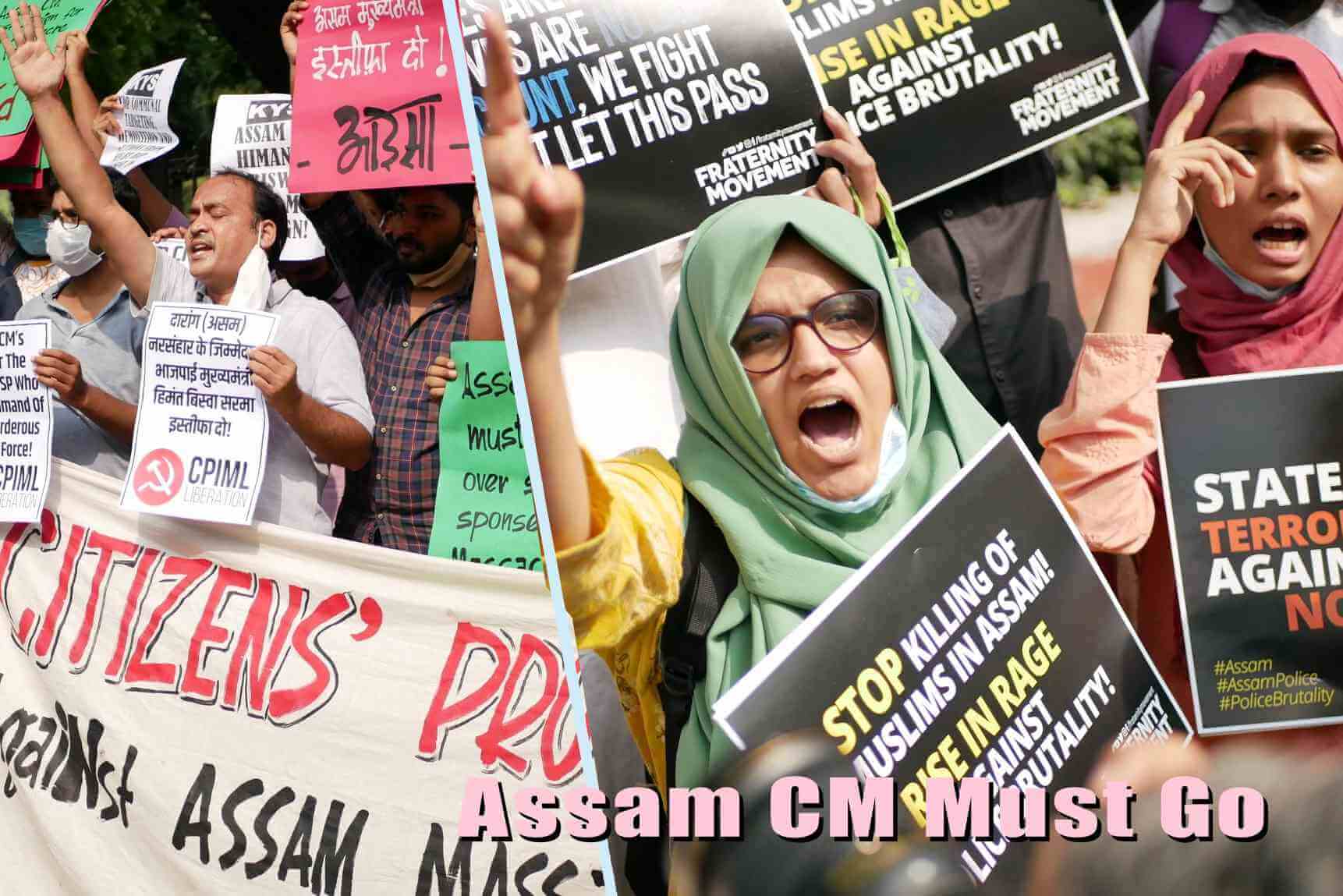 In recent times mob lynching has emerged as perhaps the most horrific form of extra-judicial violence in India. The video from Dholpur village of Darrang district in Assam has shown us how unimaginably chilling and dehumanising that violence can become when the already blurred line of demarcation between a mob and the armed forces of the state disappears completely with armed policemen themselves behaving like a mob, and when the killing of an unarmed man is celebrated with the lifeless body of the murdered person becoming a platform for a leaping police photographer to land on and kick.

For the Himanta Biswa Sarma government of Assam, the barbaric violence of Dholpur was just a routine act of clearing of government land from ‘encroachers’ for the purpose of launching an agricultural project. The land in question is broadly described as char areas (riverine islands) where people have to constantly relocate themselves because of the recurring floods. And the people who are being described as encroachers are families who have been cultivating this perennially flood-ravaged area for decades, who have developed their agricultural skills and techniques to adapt to the harsh conditions of nature and life in this most difficult terrain. As it happens, the names of the slain men – Mainal Haque and Shaikh Farid – figure on the NRC register and 13 year-old Farid even had his freshly obtained Aadhar card in his pocket.

These people were only demanding proper rehabilitation before eviction. Rehabilitation must be a basic legal right for people being evicted from their land and dwelling. The Guwahati High Court also asked the government to stop evictions during the pandemic.  It was clearly the government which was flouting the law. And yet, the government has now launched a massive propaganda and persecution campaign to cover up the Dholpur violence as an act of self-defence on the part of the police, and to further terrorise and victimise the people by charging them with hatching conspiracies against the state. On the lines of the infamous Bhima-Koregaon/Elgar Parishad and Delhi Riots cases, conspiracy theories are being built up to protect the guilty and persecute the victims and their defenders.

During the NRC exercise the keyword was infiltrators. People were told that once NRC was done, those on the NRC would never have to worry about being stigmatised as infiltrators, a new social harmony would be created among all NRC verified citizens in Assam. Experience has now shown that close to two million people who have been excluded from the NRC are mostly men and women and children without any immigration history, whose documents have not passed the NRC test. They are Assam’s undocumented people. But what the Dholpur violence demonstrates is that people have become no safer after the NRC: people passing the NRC test are now being subjected to a fresh test. The goalposts are now being shifted to evict the so-called ‘encroachers’.

The government promises to free land from encroachers and redistribute it among Assam’s indigenous people. But this division between ‘immigrant-encroachers’ and ‘indigenous people’ is yet another smokescreen to divide the people and sow hate. In many parts of Assam, so-called indigenous people are also being subjected to the same tragedy of displacement whether by floods or by the state. Accusing the people of being encroachers and evicting them at gunpoint without any rehabilitation is a brutal contemporary reality of India, whether being done in the name of industrialisation and development, big dams and energy generating plants, or urban beautification or widening of roads.

When the ‘encroachers’ happen to belong to a targeted minority community – religious, linguistic or ethnic, the brutality of eviction assumes the dehumanising proportions we have shockingly witnessed in the Assam video.  When Union Home Minister Amit Shah has been describing undocumented citizens as ‘termites’ this is the kind of extermination campaign he has actually been instigating his audience to carry out. This is the trajectory unleashed by the exclusionary exercise of NRC-NPR-CAA, the unspoken future in Amit Shah’s notorious ‘chronology’.

The government of Assam has announced an inquiry into the Darrang violence. There can be no honest and meaningful inquiry with Himant Biswa Sarma occupying the CM’s post. The SP of Darrang happens to be the CM’s brother and the CM has expressed his happiness over the progress of the eviction drive. For an inquiry to bring out the truth and pave the way for justice, it is imperative that the CM quits office and a judicial inquiry is held by a sitting judge of the High Court. The Darrang video must serve as a final wake-up call for all of us fighting to save democracy, diversity and constitutional rule of law in India. The Assam government must not be allowed to unleash more violence in the name of freeing land from encroachers. An immediate halt to all evictions, rehabilitation of all displaced people and justice for the Darrang victims and survivors – this is the minimum that Assam deserves and India demands in the wake of this most horrific crime against humanity committed and enabled by the state.