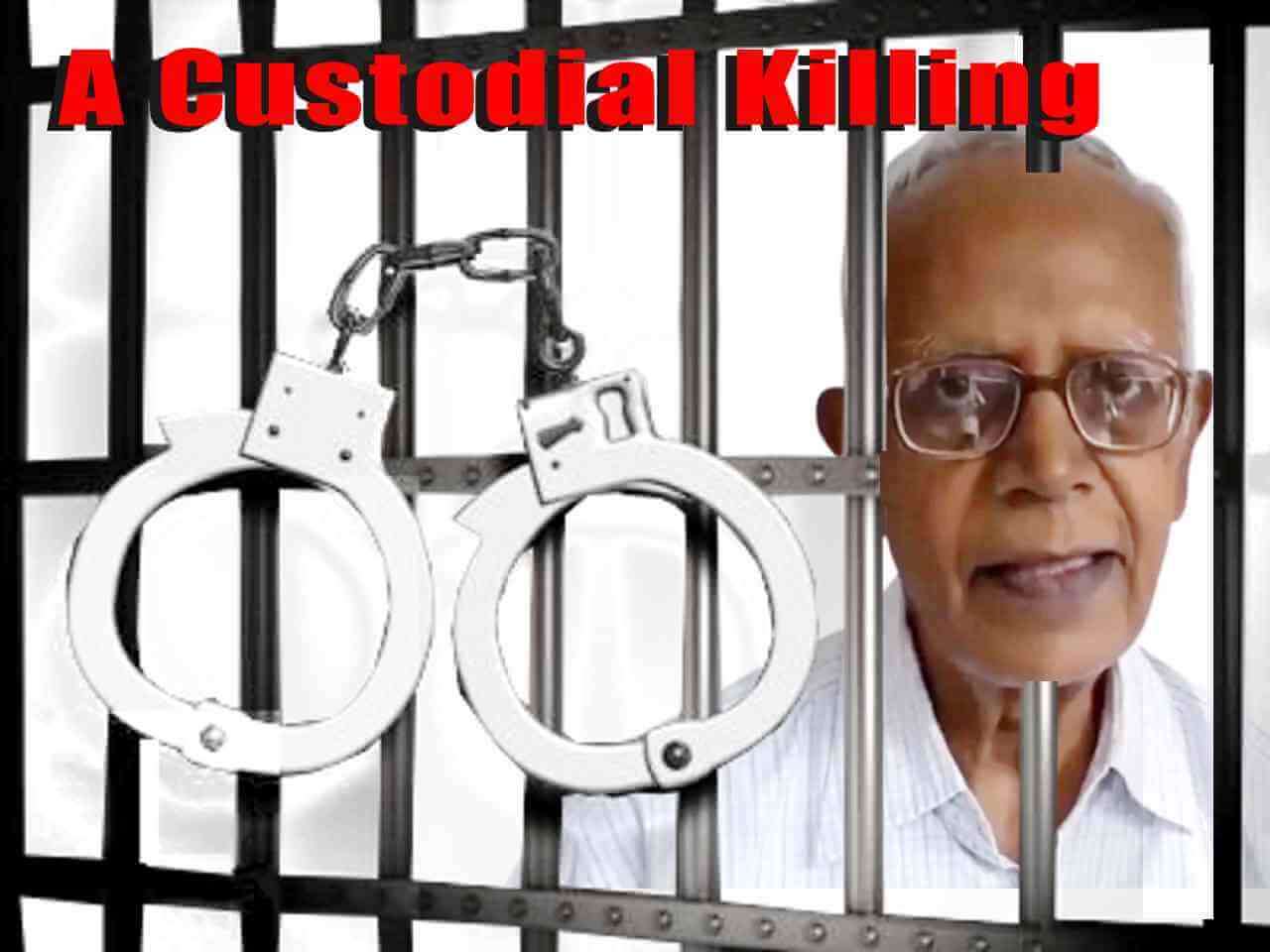 The death of octogenarian human rights defender Fr Stan Swamy is a cold-blooded custodial killing. It was clear as day to all that prison was likely to prove a death sentence for an elderly, frail man with Parkinson’s disease, especially during the Covid-19 pandemic. By arresting him and imprisoning such a man as an undertrial, the National Investigation Agency (NIA) knowingly and deliberately sought to take his life. The courts, whom Fr Stan repeatedly told that his life was in danger and he would not live long in prison, displayed a shocking degree of callousness, and failed in their duty to protect him from the lethal NIA strategy. Fr Stan, denied even a straw to sip liquids, unable to walk without help, infected by Covid-19, was denied bail over and over by courts. Such treatment is custodial torture, which took his life. Ironically he passed away even as the farce of yet another bail hearing was underway.

The NIA knows full well that not a single one of the Bhima Koregaon accused will ever be found guilty by a court once a trial is held. So their strategy is to delay the trial indefinitely and use the Supreme Court’s interpretation of UAPA to torture human rights defenders in prison, for their remaining lifetime. The pandemic only increases the chances that these activists, elderly or not, could die in this process. Meanwhile the Government says “let the law take its course” - confident that the very course of the law, thanks to apathetic and weak-willed courts, can kill those whose work exposes the government’s crimes.

The Delhi HC, granting bail to three student activists accused under UAPA, rightly warned that democracy is in peril thanks to a government that equates protests with terrorism. Fr Stan’s custodial murder must be a wake up call for Indians everywhere. The investigative agencies and courts cannot between them be allowed to take the lives of human rights defenders and dissenting voices. We must not rest till all the Bhima Koregaon accused; those accused in the Delhi riots case; adivasis, Dalits, Muslims, journalists, Left activists jailed indefinitely under draconian laws; and all other political prisoners are free. We must demand justice for Fr Stan and ensure that the government responsible for his killing faces punishment in the court of the people. That would be the most fitting tribute to Fr Stan’s memory.