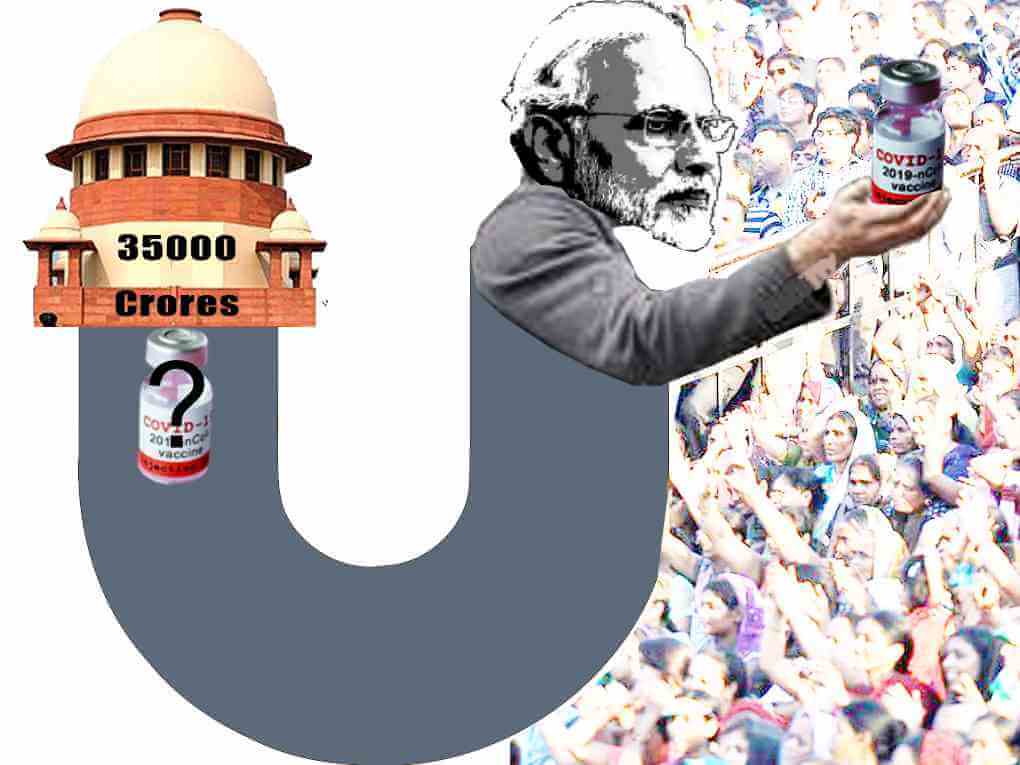 As expected, the Prime Minister is being thanked by all his cabinet colleagues and NDA CMs for his belated announcement to provide free vaccine to the 18-44 age group. The general public opinion thanks the Supreme Court for its scathing indictment of the government's arbitrary and irrational vaccine policy which forced these policy amendments a week later.

Prime Minister Modi essentially made three concrete announcements in his 30-minute-long address: (i) Centre will procure vaccines and supply to State governments to ensure free vaccination for the 18-44 age group, (ii) private hospitals can charge a maximum service fee of Rs 150 over and above the price of every dose, (iii) free supply of food grains for the poor will continue till the coming Diwali.

But as is Modi's wont, he turned these announcements into a lecture in his typical pravachan or preaching mode, and the concrete issues still remain hidden in abstract, glorified generalities. For much of his address, he kept talking about vaccines in general whereas the issue is Covid vaccines in particular. When it comes to Covid deaths, the regime talks in percentage terms, but for vaccine doses it invokes absolute numbers, to hide the fact that not even 4% people have been vaccinated in five months of vaccination.

While Modi's 7 June address has eliminated some unnecessary complications that his government had created with its flawed formula of apportioning India's vaccine supply, it still does not inspire confidence about the formulation of a rational vaccine policy and its vigorous implementation.

We still do not know why Gujarat is getting more vaccines than Tamil Nadu, and on what basis vaccines are being supplied to states. If the idea is to vaccinate maximum people in the shortest possible time, then the focus has to be on physical delivery and not digitally registered demand. Mandatory digital registration in India still remains more a medium of exclusion than a facilitating instrument for inclusive and transparent mass delivery. An aggressive campaign to ensure rapid universal vaccination remains the need of the hour, and Modi's speech did not give us any reassuring roadmap in this direction.

The promise of extending the Pradhan Mantri Garib Kalyan Anna Yojana till the next Diwali is another big talking point. But what does it really provide? 5 Kg rice or wheat per person per month along with 1 Kg of whole chana (which remained mostly undelivered). Can we allow the whole issue of food security and universal public distribution to be reduced to this bare minimum? Without pulses, edible oil, spices and minimum income support can rural poor households run just on the basis of the marginal content of the PMGKAY?

Modi's Vaccine U-turn only tells us that the government is no longer in a position to ignore the pressure of institutional monitoring and the mounting anger of the people. Let's mount more pressure on the government to repeal the farm laws and new labour codes, stop the sale of public assets, ensure rapid mass vaccination and basic income and food support for the toiling masses.