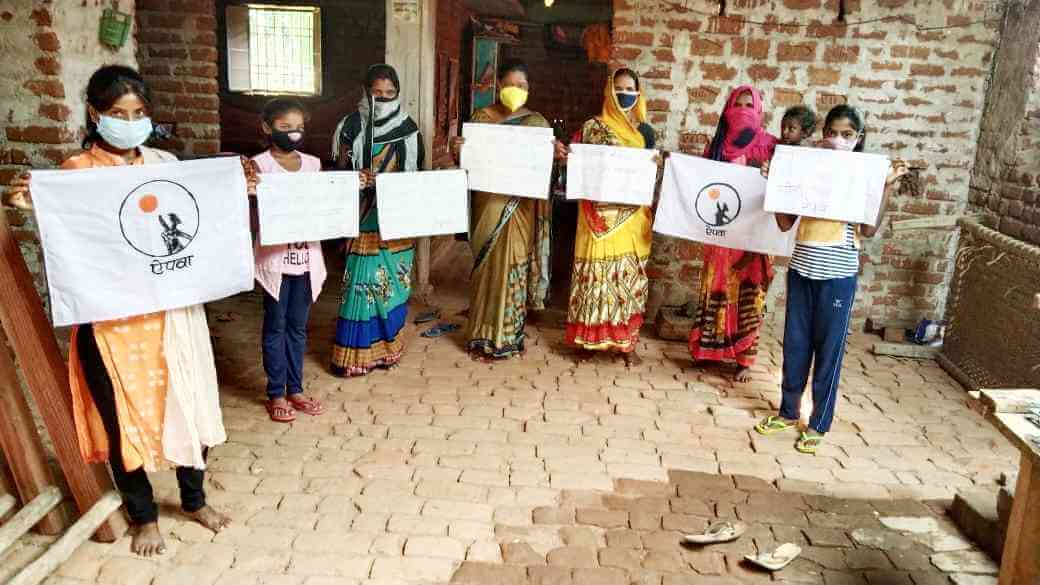 AIPWA observed statewide dharna and hunger strike protests on 2 June in Jharkhand to demand justice for Sahibganj Thana in-charge Rupa Tirkey, whose death is being projected as a suicide when in fact there are strong indications that it was murder. Through the protests a memorandum was submitted to the Chief Minister of Jharkhand demanding a judicial enquiry into Tirkey’s death. Earlier a condolence meeting was held for Rupa Tirkey.

AIPWA leaders said that women are not safe in the state and the Jharkhand government is silent on the death of Rupa Tirkey and the attempt to cover it up as a suicide. They demanded a judicial enquiry into the incident, Rs 50 lakh compensation and a government job for Tirkey’s family members, identification, arrest and punishment for the guilty persons, and guarantee of safety for women in the state.