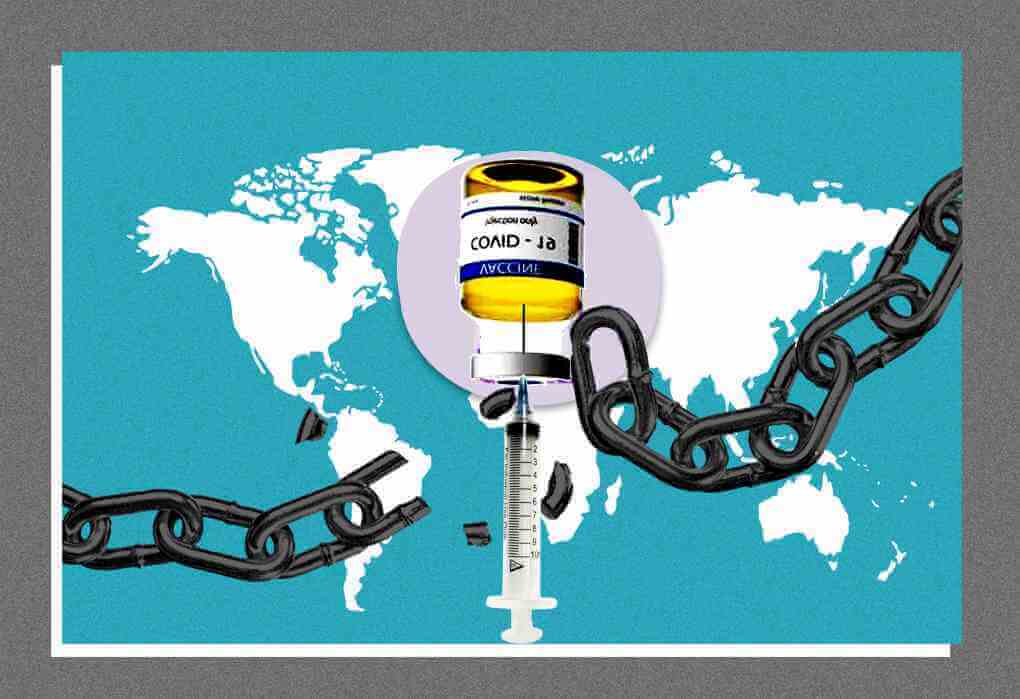 It is an open secret today that India is in the midst of an acute vaccine shortage. While the Modi Government has opened up vaccination for the citizens in the 18-44 age bracket there is a consensus among many experts that considering manufacturing capabilities and supply constraints, India will be able to fully vaccinate its adult population by the middle of 2022, at the most optimistic estimate. This delay may prove to be fatal for India as it is nearly inevitable that the globe and India are likely to witness subsequent waves of Covid-19. This delay in vaccinating at least the whole adult population lies squarely with the Modi Government and like many Modi-made disasters like demonetisation, India’s vaccination program has been characterised by the now familiar deadly mix of hubris, arrogance, and incompetent governance.

With an eye on the Bihar elections, Modi in August 2020 had announced that an Indian vaccine against the virus would be ready by 15th August. This turned out to be a lie and was the first indication that the Modi Government was more than happy to sacrifice a serious public health endeavour like vaccination at the altar of boosting the PM’s personal image. Despite it being common knowledge that a vaccine against the virus would be available by January 2021 the Modi Government placed its first order for vaccines only a week before kicking off India’s vaccination drive on 17 January 2021. By then many countries of the globe including our South Asian neighbours like Bangladesh had already placed orders for vaccines. On the other hand, the Modi Government did nothing to revive and ready the domestic public sector vaccine manufacturing facilities. As a result, we are in a full-fledged crisis where the second wave has ravaged the nation and we are facing an acute shortage of vaccines.

The Finance Minister in the budget had allocated 35,000 crores in the budget exclusively for vaccination. This amount is more than sufficient to vaccinate India’s complete adult population fully with two doses, but strangely the Modi Government has passed on the financial burden of vaccinating 18–44 year-olds to the State Governments. India is the only country where the Covid-19 vaccination program is not funded by the Central Government. The new policy also has allowed private players to directly buy vaccines from the manufacturers. As a result, we are witnessing a great vaccine divide emerging in the country where private hospitals and resident welfare associations (RWAs) are directly acquiring and administering vaccines at prices as high as Rs. 1500 while the Government-run vaccination centres are running out of vaccines.

But the Modi Government continues to remain oblivious to this emerging divide and is instead trying its best to deflect the blame for the mess. It is coming up with absurd and dangerous means of tackling the vaccine shortage. The Haryana CM Khattar blamed Delhi’s vaccine shortage on “vaccinating too fast”! The Government is even thinking of doing away of with a second dose of the Covishield vaccine, to ensure that it is able to achieve vaccination targets quicker. This move, lacking any scientific basis, will endanger lives – but the Government is unconcerned. Union Minster Prakash Javdekar has claimed that the Government will vaccinate the whole population of India by December 2021 but refuses to tell us from where the Government is going to get the 200 crore vaccines needed for this. The Foreign Minister who went to the US recently with an agenda to procure vaccines returned empty handed as global vaccine companies have already given commitments to other nations.

Any question put to the Government has been deflected by blaming the opposition, and issuing statements which take great creative license with facts. In all its defence of its vaccine policy the Modi Government has failed in answering the basic question: unlike other countries including India’s neighbours, why did the Modi Government not order vaccines last year and put in order domestic vaccine manufacturing facilities? While blaming the opposition for the fuelling vaccine hesitancy, the Government refuses to take any action against the charlatan Ramdev who has now made a public appeal asking people to refuse vaccines altogether!

The Modi Government must initiate an immediate course correction in its vaccination policy. The current policy must be reversed and procurement of vaccines must be done centrally. Many private companies have refused to sell directly to States, hence the Centre must uphold its constitutional responsibility and buy the vaccines. The allocation to states must be guided by a rational policy and flexibility must be given to states to identify and prioritise the vaccination of vulnerable groups and the working poor. It must go back to India’s time-tested successful policy of universal free vaccination and ensure that access to digital technology and AADHAR is not a barrier for access to vaccination. And the Government must issue public messages condemning Ramdev and other charlatans for their irresponsible statements.

Citizens of our country have gone through unimaginable suffering due to the poor planning and arrogance of the Modi Government. It is high time the Government puts a stop to the hubris-laden claims of being prepared for the third wave; stop protecting Modi’s image and instead urgently get its act together on the vaccination front.