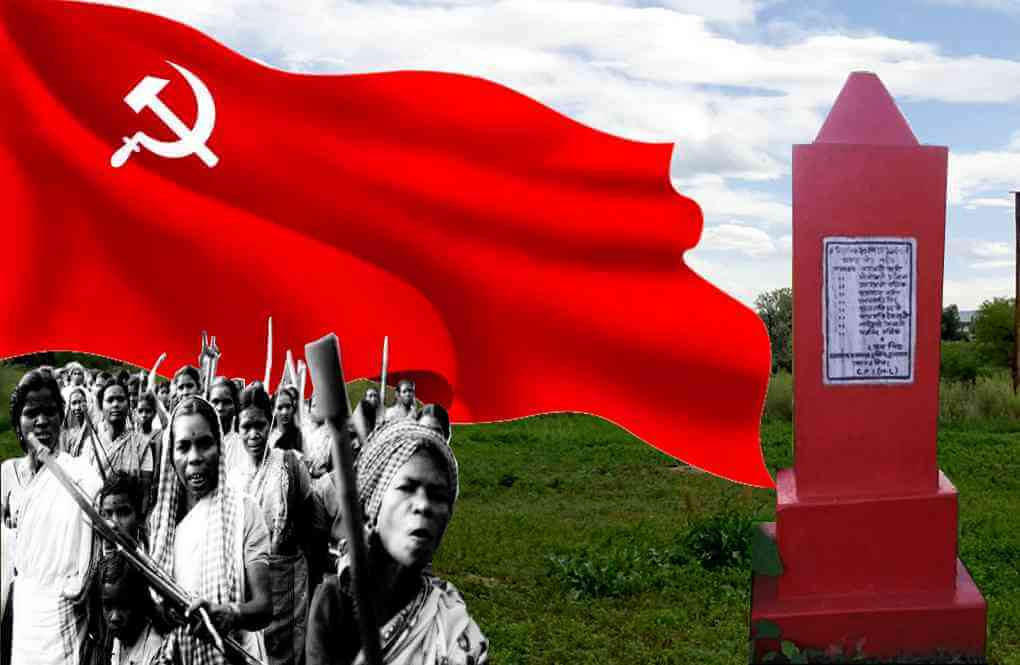 May 25, 1967 was when the world had first heard about Naxalbari. A revolutionary awakening announced its arrival in rural Darjeeling with eleven unarmed members of peasant families – eight women, one man and two babies – were gunned down by the state for daring to seek justice. The trail it blazed took the Indian state by surprise as the spirit of Naxalbari went on to ignite the fire of revolt against oppression and injustice among the most oppressed and marginalised people across the length and breadth of India.

The government of the day unleashed brutal repression to announce military victory over the uprising. The new communist party that was moulded in the fire of that revolt, the Communist Party of India (Marxist-Leninist), was sought to be erased through systematic elimination and mass incarceration of its leaders, organisers, members and even supporters. But the CPI(ML) bounced back with remarkable resilience. And Naxalbari today has become a byword for the indomitable courage of dissent, with the fascist regime today having to dub some of India’s most courageous dissenters ‘urban naxals’.

While taking pride in the resilience shown by the assertion of India’s oppressed people, we cannot but be aware of the vastly changed situation in which we have to carry forward the spirit of Naxalbari in today’s India. Naxalbari had happened in 1967, two decades after India’s fractured freedom, when disillusionment had been growing across India with the non-fulfilment of the promises made by India’s new republic and fledgling parliamentary democracy, when the Congress had begun to lose ground in the electoral arena and communists were on the ascendant in west Bengal.

Fifty-four years later, we have just had an election in West Bengal where the BJP, though not able to come to power, has swept the polls in Darjeeling and has emerged as the only opposition in a Left-free Assembly. If we recall the names of the martyrs of May 25, 1967, four of the eleven martyrs (Dhaneshwari Devi, Sarubala Barman, Sonamati Singh and Phulmati Singh) were from the Rajbangshi community, while the others were from Mech and Dhimal ST communities, and these identities are currently heavily influenced by the Sangh-BJP network. The revolutionary legacy of Naxalbari will have to face and transform this hard social and political reality of today’s Bengal and take the lead in rebuilding the Left camp.

The call of Naxalbari was the call of revolution, the call of integration with and service to the people. Today, the challenge is of saving India from the catastrophic blows of Covid 2.0 and Modi 2.0. India’s official Covid death-count has now crossed 300,000. The figures have just doubled in the last two months. India is adding more Covid deaths everyday than perhaps the rest of the world. And these figures are hugely under counted and under reported. In Uttar Pradesh, we have corpses floating in the Ganga and buried all along the river banks and in Bihar there are reports of more than hundred deaths from a single village! If the actual figures are assumed to be fifteen times the official count, we may have already lost close to five million people, half the number of people dying annually in India.

Since early 2020, the world had been waiting for an effective vaccine to combat the lethal Covid19 pandemic. Vaccines arrived by the end of 2020 and powerful countries have already bagged the lion’s share of global production and supply of Covid vaccines. The world is reeling under acute Vaccine inequality and injustice. The Modi government which describes India as the pharmacy of the world did nothing to fight this inequality. Despite tall talks of Atmanirbhar Bharat it did nothing to produce or secure vaccines on a scale needed to ensure universal vaccination on a war-footing. The result is only about 3% Indians have been fully vaccinated till now. We are witnessing nothing short of a state-inflicted Covid genocide in India. The revolutionary spirit of Naxalbari must inspire and guide us in the battle to resist this genocide.

Naxalbari was first of all an agrarian uprising. Today, India is in the midst of a historic farmers’ movement to save agriculture from corporate control. The indefinite sit-in of fighting farmers in Delhi border completes six months on 26 May, 2021. While farmers fight for the repeal of the Modi government’s disastrous farm laws, workers are resisting privatisation and the attempt of the Modi government to rob the working class of its rights and subject it to new codes of corporate slavery. For the youth of India and all of India’s frontline fighters – doctors, nurses, health workers, drivers, sanitation workers – there is only injustice and uncertainty in today’s India. As India gasps for oxygen, for fresh air, the Sangh-BJP project of Hindu Rashtra seeks to strangulate us. Once again mass disillusionment is setting in, conditions are maturing for a major popular upsurge. In this battle between life and death, between communal fascist company raj and secular democratic people's India, the spirit of Naxalbari will continue to spur us on.