Perpetrators of Brutal Beating of Shakir in Moradabad Must be Punished 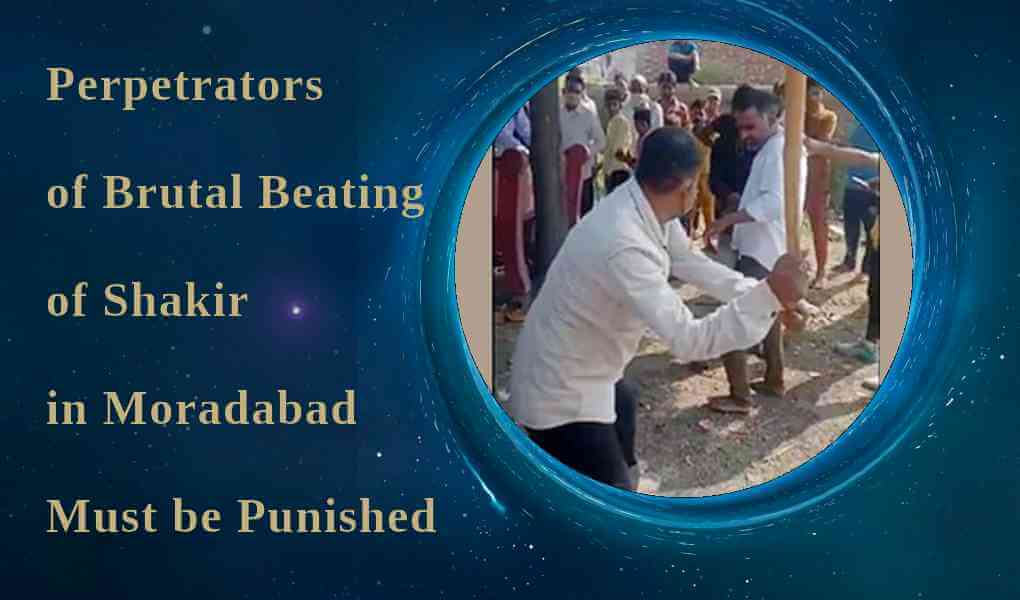 The dust has not even settled on the brutal police killing of 18 year old vegetable vendor Faizal in Unnao, another barbaric incident has occurred in Moradabad where self-styled 'gaurakshaks' brutally beat up meat seller Shakir with lathis in Moradabad and the police is protecting the main accused.

Mohd Shakir was transporting meat on his scooter for selling on 23 May at Katghar Thana in Moradabad when he was stopped by a saffron mob led by Goraksha Vahini goons. They beat up Shakir with lathis saying that he was carrying beef, and then handed him over to the police. Without looking into the truth the police immediately registered a case against Shakir at the behest of the self-styled gaurakshaks (cow protectors). Later, on checking it was found to be buffalo meat, which is not banned. Moreover, the gaurakshaks had also demanded Rs 50,000 from Shakir as extortion money.

CPIML pointed out that after the video that went viral on social media put pressure on the police, they released Shakir but registered another case against him saying that carrying 50 kg meat without prior permission which is illegal. Later after Shakir's family members complained, the police filed an FIR against members of the Goraksha Vahini and have tweeted that they have arrested four of the accused. However the CPIML said that the main accused Vahini Vice President Manoj Singh is being protected by the police despite being caught.

It is at the instigation of the Yogi government that the goons running the Goraksha Vahini are boldly taking the law into their own hands. An illegal extortion racket is being run in the name of cow protection and innocent persons are being beaten up and lynched. This is part of the BJP-Sangh hate campaign. Fortunately, Shakir escaped with his life, but the Yogi government is responsible for both these incidents--the Unnao vegetable vendor incident as well as the Moradabad neat seller incident.

The CPIML demands the arrest of Manoj Thakur and other self-styled cow protectors who took the law into their own hands, strict punishment for them, compensation for the victim Shakir, and action against the guilty police personnel.