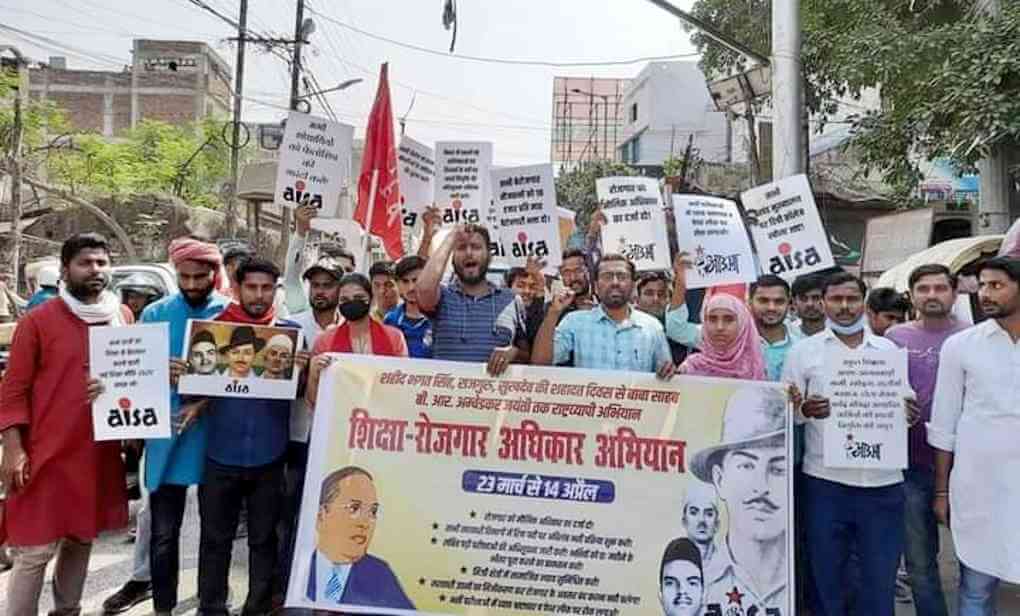 CPIML MLAs Sandeep Saurabh, Manoj Manzil and Ajit Kushwaha informed on 17 March that the Bahali Nyay convening committee has been formed to bring candidates of various exams together on a single platform to highlight the recruitment crisis and young people's demands. A state level convention will be organized in Patna and a booklet will be brought out to expose the irregularities in competitive exams.

A 25-hour dharna was organized on 23-24 March in Patna. Sandeep Saurabh said that youth had marched to the Bihar Assembly on 1 March on the issue of 19 lakh jobs but the government had unleashed a brutal lathi charge instead of listening to them while more than 19 lakh posts are lying vacant in various departments.

Agiaon MLA Manoj Manzil said that huge irregularities, corruption and paper leaks are rampant in job recruitments. 83%, 61%, 40% and 65% posts are vacant in the National Health Mission, health, PMCH doctors and nurses, and government hospitals including PHC and CHC respectively. We have placed the matter of vacant teachers' posts in the Assembly. As per quality education norms of 30:1 student-teacher ratio, Bihar needs a total of 12 lakh teachers (primary, middle and higher education).

Ajit Kushwaha said that the issue of unemployment is the biggest issue in Bihar today. The BJP-JDU had promised 19 lakh jobs but are now trying to rub off the issue by saying they will give loans for self-employment to students and youth. This is not acceptable. The youth of Bihar need permanent secure jobs as was promised to them during the election, not even contract work. We will raise the issue of employment consistently inside the Assembly for the next 5 years.

ITI Instructor candidate Rajesh Jha said that there are only 400 instructors for 25000 students who take admission in 149 ITIs in Bihar. Vacant post appointments are lying pending for 10 years. On behalf of technical students organizations, Sawan Kumar said that Bihar is the only state where candidates who have higher education qualifications cannot appear for exams that require minimum eligibility. Dr Sumit Saurabh said that BPSC and Bihar State Civil Services should include Women's Studies as an exam subject. Progressive Electricity Workers Association President Avinash Kumar said that after cutting government jobs this government wants to snatch away private jobs through temporary contract work.

Statistics Volunteers Association State President Abhishek Singh said that Nitish Kumar had threatened agitating candidates in 2015 that they would be forced on to the road with one signature by him if they did not end the agitation. In 2016 he issued an autocratic diktat nullifying the panel of selected candidates.

The press conference held on 17 March was also addressed by candidates from other competitive exams like Police Mitra and Niyojit Evam Aniyojit Karyapal Sahayak.