Students-Youth Hold Jharkhand Government to its Promise of Jobs 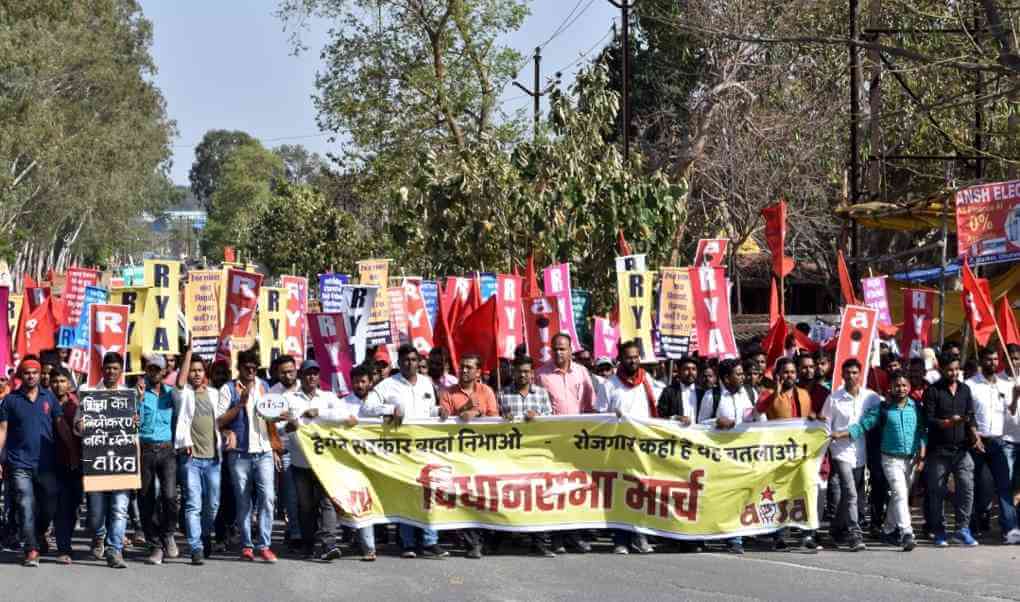 Students and youth led by RYA and AISA marched in Ranchi to Jharkhand Vidhan Sabha to demand that the government uphold its promise of giving jobs to youth.

RYA National General Secretary Neeraj Kumar said that at present unemployment is at its highest since the last 45 years, and Jharkhand is one of the states with the highest unemployment rate. The Hemant government came to power with the promise of 5 lakh jobs but has taken no concrete measures. The Modi government pushed the country further into devastation by imposing the lockdown and then took advantage of the crisis by forcing through farm laws handing over agriculture to corporate houses. Railways and public sector undertakings are being handed over to private hands. The Hemant government should pass a resolution against this in the Assembly.

Bagodar MLA Vinod Singh addressed the protesters where he said that the Rs 5000 monthly allowance for students having technical education is nothing short of a cruel joke. The government is doing nothing towards regularizing contract/honorarium workers. AISA State President Sohail said that the government should take concrete steps for poor students who have neither means nor infrastructure for online studies.

It was demanded to: