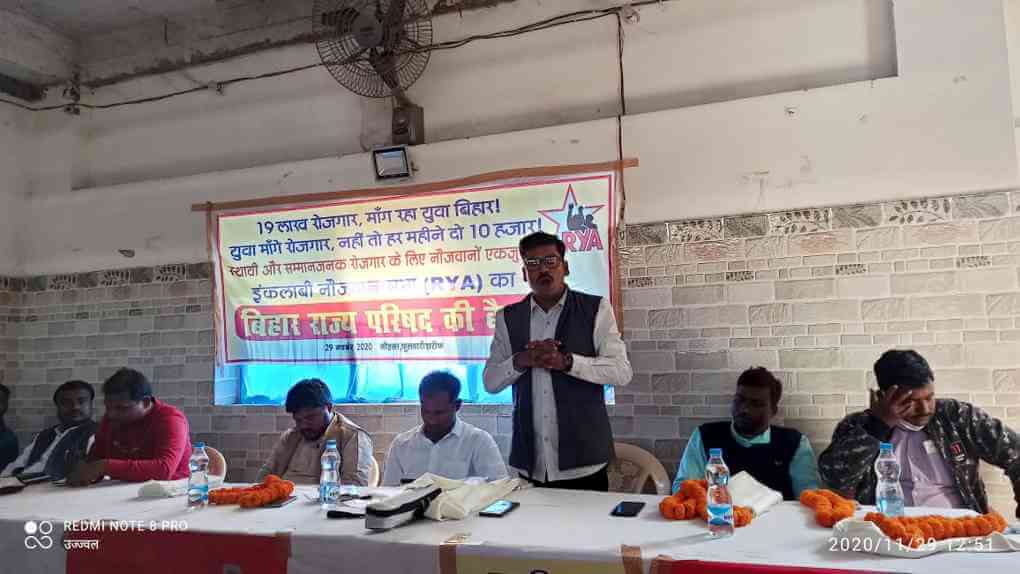 A Rozgar Adhikar March (Right to Employment March) was organized on 29 November 2020 at Phulwarisharif. The march started from Kargil Chowk after the garlanding of Bhagat Singh’s statue.