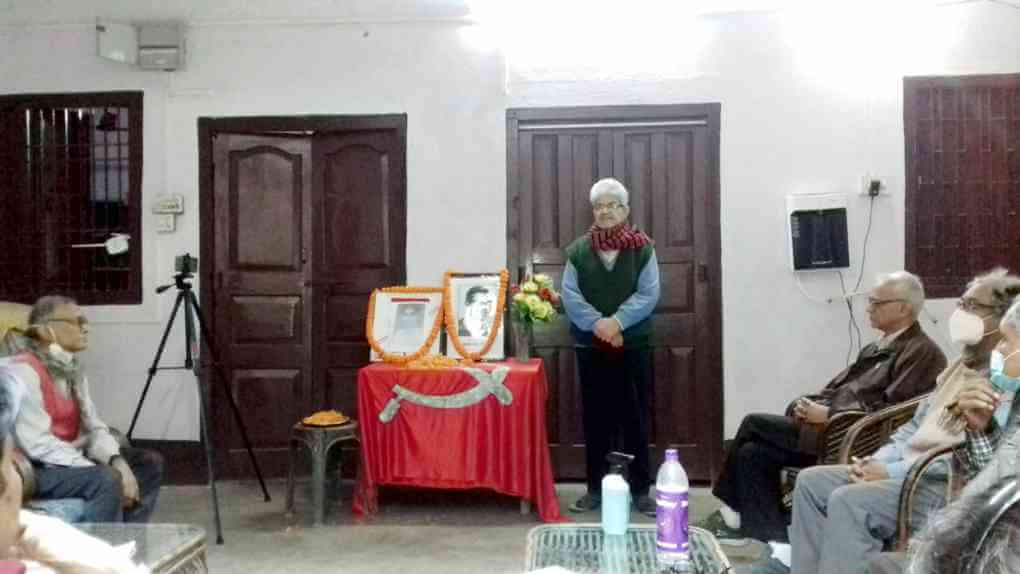 After the martyrdom of CPIML Founder General Secretary Comrade Charu Mazumdar, the party was reorganized under the leadership of Comrade Subrat Dutt under whom Left forces regained strength even while facing brutal police repression and state terror. On 29 November 1975 when the entire country was going through Emergency, Comrade Subratt Dutt was martyred along with his comrades Dr Nirmal and Ratan. On 29 November 2020 CPIML organized a memorial meeting for the three martyrs and reaffirmed the pledge to fulfill their vision.

Speaking on the occasion, Brij Bihari Pandey said that the struggle that started in 1975 is in full cry across the country today against the Modi government, and the CPIML is in the frontlines of this struggle. The lessons we learned from Comrade Jauhar have become even more relevant today. These are the lessons of party building, leading struggles, service to the people and the spirit of sacrifice that inspire us today to fight for social change.

State Secretary Kunal said that Comrade Jauhar was killed in the times of Emergency. Today the country is in the grip of an undeclared Emergency and in danger from the BJP’s fascist model. But in these dark and challenging times the Left forces emerged with renewed strength in the Bihar elections and have given rise to a new narrative in the country. Tha Mahagathbandhan election manifesto reflected the ideology of the Left and people’s issues found a prominent place in the election agenda. The coming phase will be marked by renewed and strengthened struggles and we are confident that the India of the martyr’s dreams will take shape.

Leader of the Legislative Party Mahboob Alam said that Subrat Dutt’s martyrdom have done a lot to inspire the revolutionary Left. The true inheritor of Charu’s legacy, he along with Comrades Nirmal and Ratan was martyred at a young age but the present generation holds aloft his flag and continues on his path. In the days to come the entire country will focus on people’s issues.