Protests Against Slum Demolition in Delhi 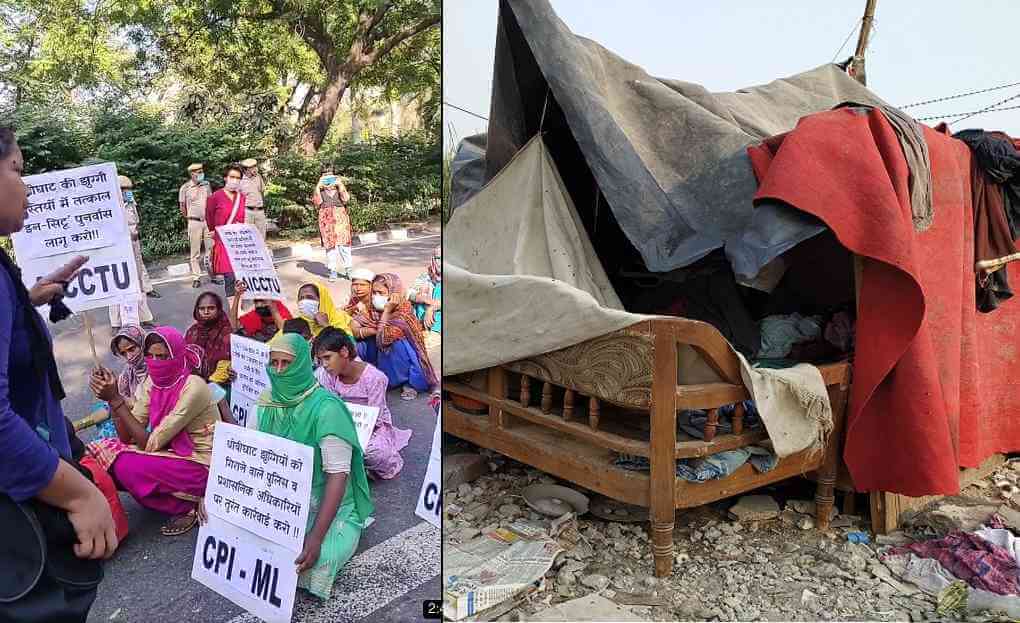 Despite assurances by Delhi CM Arvind Kejriwal and PM Modi’s slogan of ‘Houses in place of Jhuggis’, bastis of workers are constantly being razed in Delhi.

On 20 October 2020 people affected by the demolition of jhuggis in Batla House-Dhobighat protested in front of the residences of the CM and LG and submitted memorandums. Participating in the protests were CPIML CC member Sucheta De, AICCTU Delhi State President Santosh Rai and VKS Gautam. Their demands included:

3. legal action against DDA officials who gave the order for demolition of the jhuggis;

4. implement DUSIB recommendations for rehabilitation of each jhuggi resident near their current place of residence.