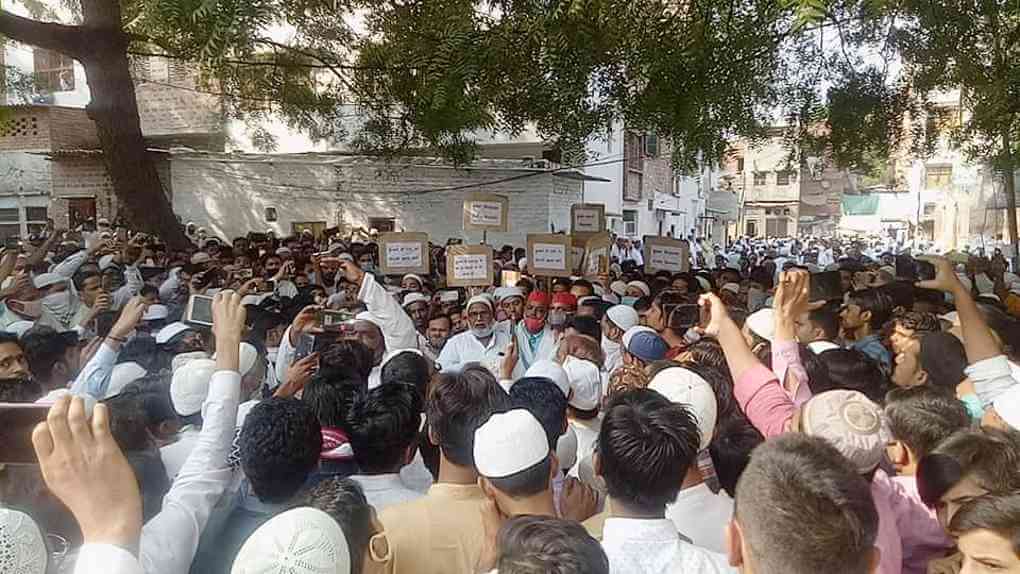 Weavers in Banaras under the banner of Sajha Bunkar Manch (Joint Weavers Forum) protested against betrayal by the Yogi government on 24 October and demanded a package for weavers and reinstatement of the old system of flat rate electricity bill. The protests were held at many mohallas including Kamalpura, Phulwaria, Anar ki Bagh, Jalalipura, Batlohia, Saraiya, Danialpur, Ambia ki Bagh, Madaiyya and Khwajapura.

Leading the protest, CPIML Central Committee member Manish Sharma said that the Yogi government has betrayed weavers and has even reneged from its promise of making ‘balance zero’ electricity bills. In this situation weavers are left with no alternative but to intensify their struggle. Every section is demanding additional relief during Corona pandemic times but the Yogi government is bent on snatching away from weavers even the existing relief provided by the old system of flat rate electricity bills. This is great injustice against weavers and will not be accepted under any circumstances.