Yuva Swabhiman Padyatra Activists Arrested by the UP Police 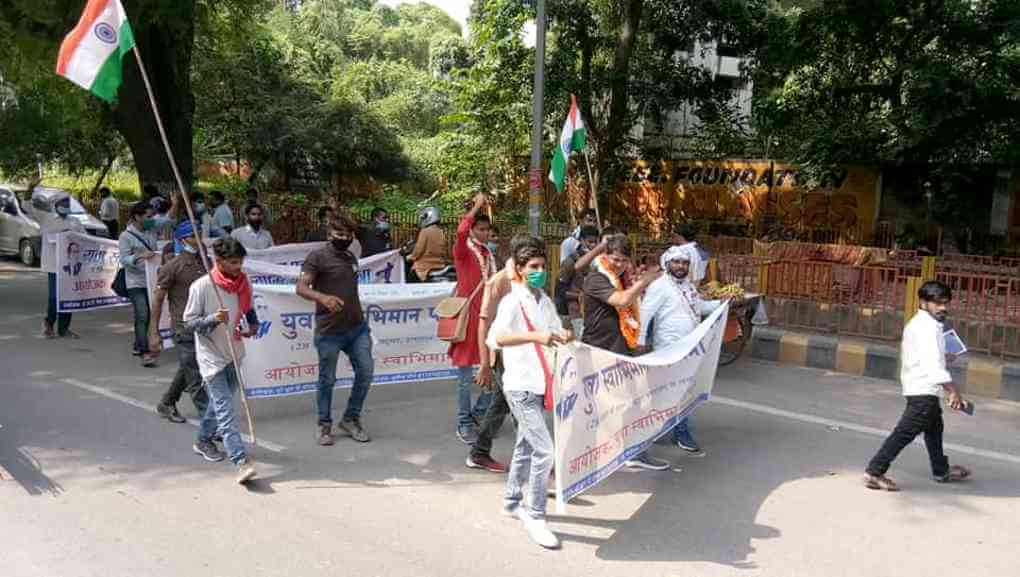 The Yuva Swabhiman Padyatra under the aegis of the Yuva Swabhiman Morcha started on 28 September 2020, Shaheed Bhagat Singh’s birth anniversary, from Chandrashekhar Azad Park in Prayagraj. This 12-day march was expected to reach Lucknow on 9 October 2020. The marchers were flagged off by Indian railway Employees Federation National President Manoj Pandey, AICCTU National Secretary Dr Kamal Usri and Advocate BM Singh. Many working class leaders, intellectuals, women leaders and citizens joined the flagging off in solidarity with the youth in the Padyatra.

Yuva Swabhiman Morcha started this march to raise the demands of employment, unemployment allowance, and other issues of the youth including a demand to withdraw the New Education policy 2020. They also raised the issue of health infrastructure and other amenities.

After a day’s march on foot, they were arrested by the police in the midnight at Nawabganj. They were released next day in the evening but the Padyatra was stopped from marching further.

Yuva Swabhiman Morcha Convener Dr RP Gautam said that the campaign is going on for providing employment which is the government’s responsibility. If they cannot fulfill this responsibility, they must give a respectable Swabhiman (self-esteem) allowance to youth. The New Education Policy 2020 instead of ensuring education, is a ploy to hand over the education to private hands who are not accountable for ensuring social justice, thus paving the way for eviction of socially and economically marginalized sections from education. This policy does away with the issue of inclusive, equal and quality education. The State government is ending the policy of admission without fees for SC/ST students and reducing scholarships and research grants so that expensive professional courses will become out of reach for poor and deprived sections. It has become a crime to think about health and safety for women, poor and deprived sections. The governmental health cards are less than useless because private hospitals use the opportunity only to earn money. ‘Turning disaster into their opportunity’ is a dictum well followed by them. The government is seen to be standing with criminals and mafia instead of with the people. Encounter Raj is being used to terrorise people and crush democratic dissent.

The Co-convener of the Morcha Sunil Maurya said that Modi promised to generate two crore jobs per year bust instead 2 crore jobs have been lost. What jobs remain are being attacked by privatizing national assets like the Railways, LIC, BPL, HAL and Air India. Forms were filled for Railway recruitment exams before the 2019 LS election but the exam is yet to be held. Results for SSC and SGL exams held in 2018 are yet to be declared. In such a scenario the Yuva Swabhiman Morcha will continue its struggle against the anti-youth policies of Modi and Yogi government.

The CPIML Uttar Pradesh unit has condemned the Yogi government for arresting peacefully marching youth activists and for not allowing them to hold a march. 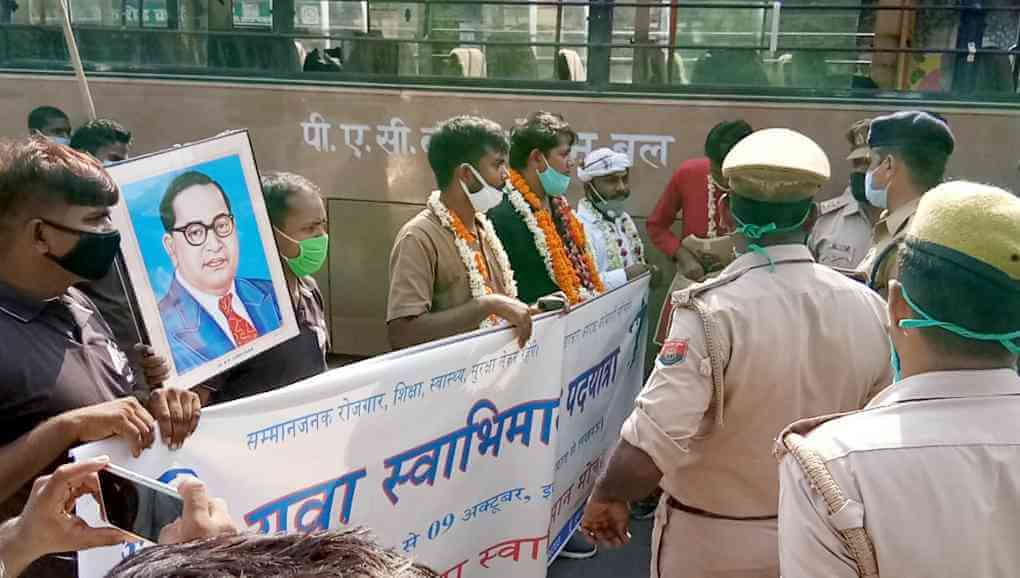