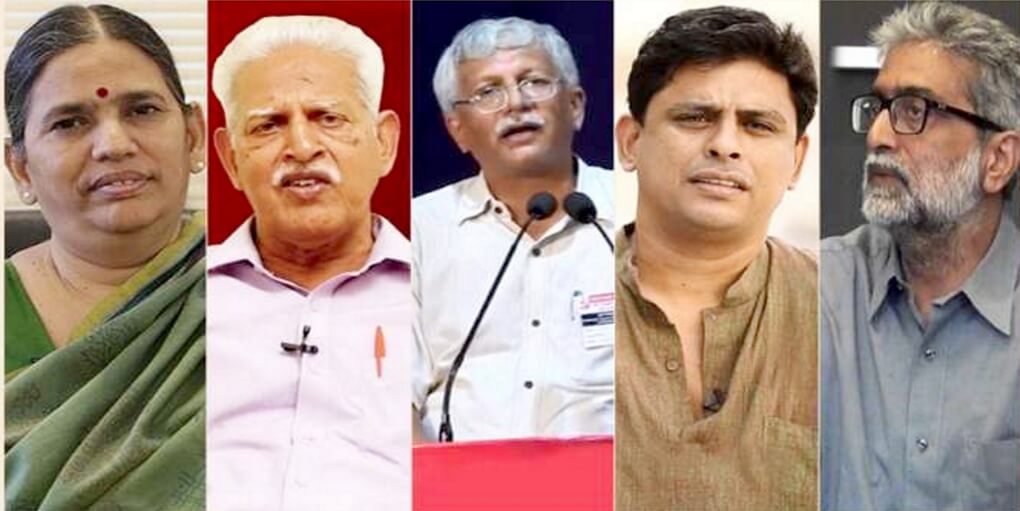 Leaders of eight political parties have addressed a letter to the President of India demanding the immediate release of opposition leaders and human rights activists and calling for an end to a politics of vendetta against protesters and political dissenters.

CPIML General Secretary Dipankar Bhatacharya said in a statement on 14 May that CPIML, along with 7 other political parties including RJD, CPI, CPM, has submitted a memorandum to the President demanding the release of political prisoners, social activists and anti-CAA protest leaders.

He said that on the one hand those who should rightly be in jail are roaming free; on the other hand, Safoora Zargar, a pregnant woman, is thrown into jail. Today the whole world is talking about emptying their jails because of the dangers of the Corona crisis, but the reverse is happening in our country.

Political prisoners like Sudha Bharadwaj, Varavara Rao, Anand Teltumbde, Lalu Yadav, Mahbooba Mufti Sayeed are above 60 or even 70 years. What can be the object of keeping these people incarcerated in prisons? The government should immediately release these prisoners.

Comrade Dipankar also demanded the release or parole of all the poor people incarcerated in the jails of Bihar including RYA honorary national President Amarjeet Kushwaha.

The memorandum states that “We, the undersigned, are writing to you to express concern and condemnation at the spate of arrests of students and activists under the draconian UAPA during the time when the country and people are dealing with the Covid-19 pandemic.

“This is a time when people all over the country, and the world, are experiencing fear and uncertainty about their well-being, and the safety of their loved ones. The central government’s priority must be to single mindedly focus in effectively dealing with this pandemic while catering to the needs of the people and their requirements. “Your government’s“ priority must be to  deal with the problems that have emerged affecting the lives and livelihoods of crores of people, as reflected in the plight of the migrant workers, many of whom have lost their lives due to hunger, exhaustion and walking many kms to reach their homes. The central government has done very little to provide relief and rations to such people.

“Many countries in the world are seeking to release prisoners so as to prevent the spread of Covid-19 in prisons. In India too, the Supreme Court advised the release of prisoners on bail or parole to reduce crowding in prisons. The situation at the Arthur Road prison in Mumbai is a testimony to such dangers.

“Even physically disabled people with known serious medical conditions like Dr. G N. Saibaba and others are not being allowed to seek competent medical treatment.

“At such a time, it is shocking to see the Government of India jailing academics, activists, women, and students, putting their health and safety at grave risk. 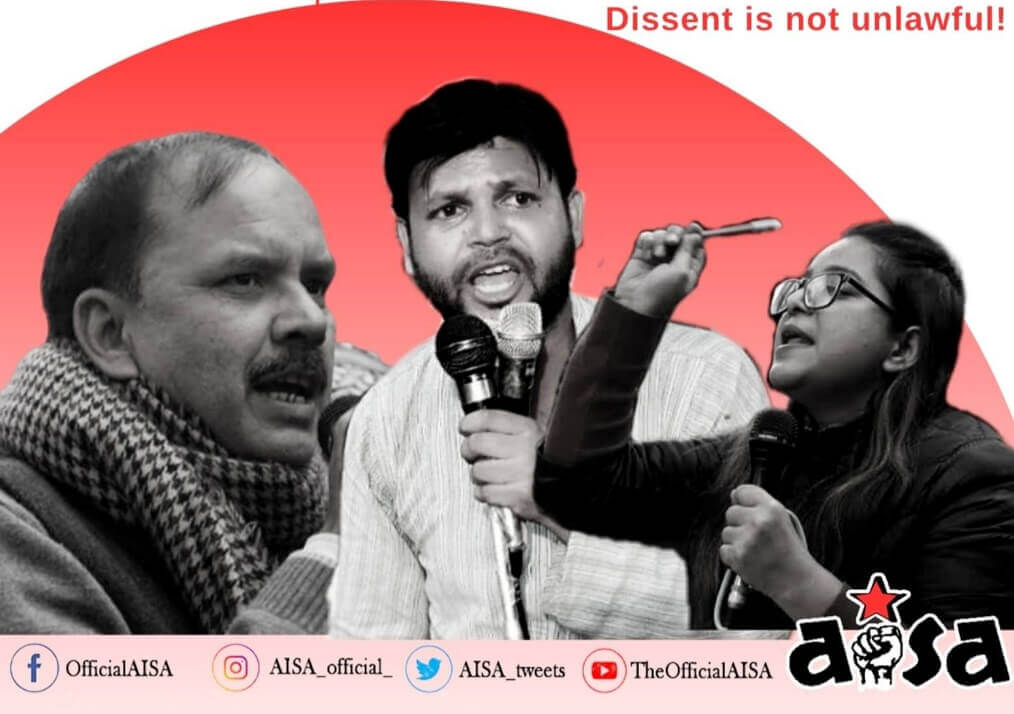 “In Delhi, the police directly under the Home Ministry is arresting prominent activists including women involved in the totally peaceful anti-CAA movement under the draconian UAPA on totally manufactured charges seeking to link them with the communal violence in Delhi. In addition, scores of students are being called for interrogation by the Special Branch and intimidated. The victims in the violence perpetrated in JNU are being targeted while there has not been a single arrest of those outsiders who unleashed this violence against students and teachers. It is also shocking to note that certain communities are being targeted while the perpetrators of communally charged violence, established in various video recordings, including prominent leaders of the ruling party are moving around scot free.

“In the communal violence in north east Delhi, in spite of prima facie evidence of police connivance and the involvement of mobs attacking minority areas identified in the videos, the Delhi police is making one sided arrests of young Muslim men and interrogating only members of the minority community, creating a sense of insecurity among them.

“The arrests of Anand Teltumbde and Gautam Navlakha in the Bhima Koregaon case even while continuing the detention of activists Sudha Bharadwaj and others without any evidence is another shocking example of how civil liberties are being trampled.
“In Kashmir the continuing detention of former Chief Minister Mehbooba Mufti and many others is condemnable. So also is condemnable that prisoners from Kashmir are locked up in various jails across the country.

“The vindictive approach of the Government in continuing the detention of Shri Laloo Prasad Yadav in spite of his ill health and the stringent conditions of his imprisonment is condemnable.

“We request you to urge the Government to reverse this course by releasing opposition leaders and human rights activists and ceasing the pursuit of a politics of vendetta against protesters and political dissenters at a time when the country and people have to be united in dealing with this Covid pandemic.”