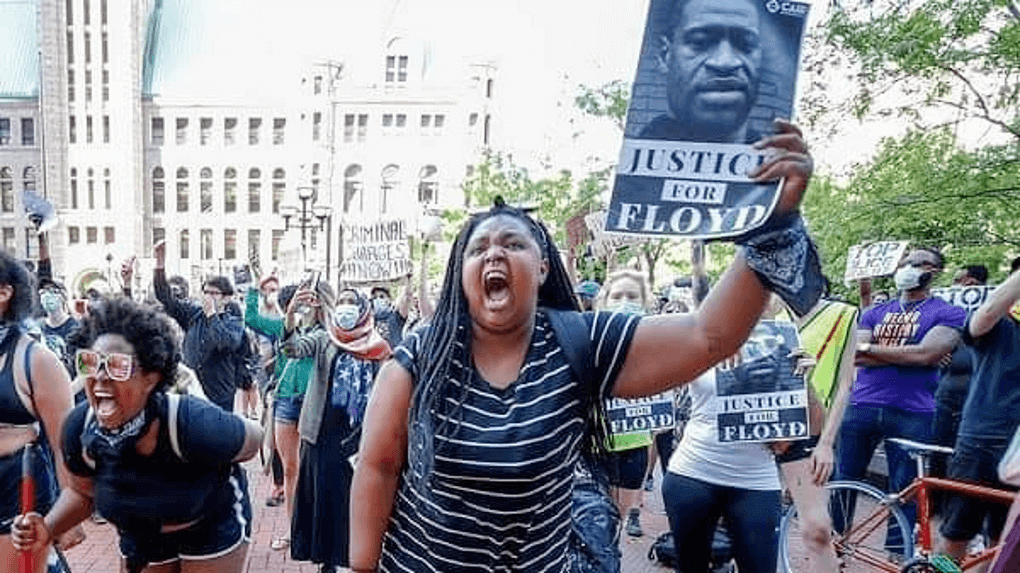 THE USA is witnessing a massive uprising against institutional racist bias and violence in the police. The trigger for the uprising was a recent incident where white police officers in Minneapolis held George Floyd, an African American man, face-down on the street as one of them choked him to death with his knee on Floyd’s neck. The policemen continued to choke Floyd publicly even as he cried out repeatedly that he could not breathe and was dying. Floyd’s murder is not an aberration – it is only one of the latest in a long line of such killings of African Americans by police and even by white civilians.

If there are a large number of such killings, there are even larger numbers of racist instances in which police arbitrarily detain and brutalise black people going about their lives, and in which white racists call the police in order to threaten and intimidate black people.

The #BlackLivesMatter movement against systemic racial bias in the police and criminal justice system, and against systemic denial of justice in racial murders, began several years ago, and has continued. Those protests have been pointing out how militarised the US police is, and how much of its militarised infrastructure and training follows the model of the colonial occupier state of Israel. The current waves of protest, while in continuity with the earlier waves, are unprecedented and historic in scale and impact.

The Covid-19 pandemic has disproportionately impacted communities of colour, pointing to the fact that it is these communities that are overwhelmingly poor, undocumented, and part of the most vulnerable and precarious working class. The systemic and deep fissures of inequalities in US society made it especially vulnerable to the upheaval brought by the pandemic. Now, people are rising up in rage against those systemic inequalities and injustices, and demanding accountability. 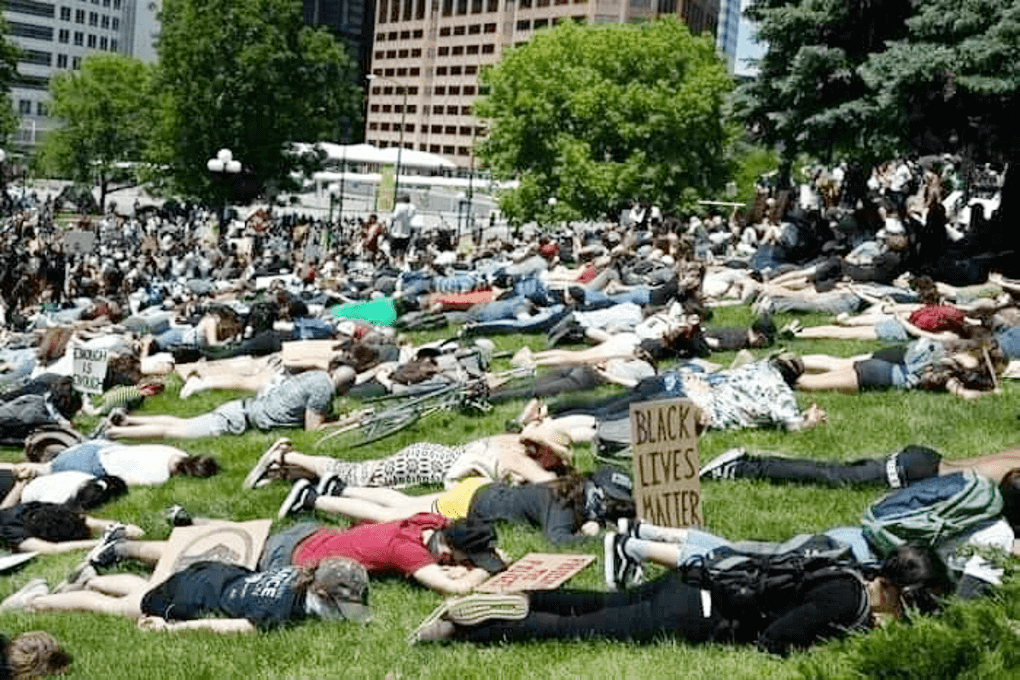 While the protests were largely peaceful, there were some instances where angry protestors set fire to police vehicles or vented rage on stores. The rage and anger is entirely justified, and in fact many owners of the buildings or shops which were damaged, have expressed solidarity with the protestors. But the US President Trump has branded the protestors as “thugs” and “looters”, has unleashed the armed National Guard against them, and is calling for the military to be unleashed to “dominate” the streets. Pouring petroleum on the fires of anger against the militarised police, Trump has called for protestors to be shot dead, or arrested and jailed for at least a decade.

Trump’s slogan “when the looting starts, the shooting starts” is reminiscent of instances in US history when workers striking for an 8-hour day or anti-racist protestors demanding civil liberties have been branded “looters”, with newspapers and politicians calling for them to be shot. Across the world, the current protests and the Trump administration’s crackdown on peaceful protestors has exposed the US democracy as fragile, and the US President Trump as a wannabe military dictator.

In India, it is useful to remember that the BJP leaders’ slogan of “Desh ke gaddaron ko, goli maaro saalon ko” (shoot dead the traitors) is the twin of “when the looting starts, the shooting starts.” Just as Trump is branding anti-racist protestors as looters and calling for them to be massacred, the BJP and the Modi regime branded pro-democracy, anti-CAA protestors as “traitors” and called for them to be massacred and shot dead. In February 2020, when Trump was being feted by Modi in India, BJP leaders like Kapil Mishra were inciting mobs to attack and kill anti-CAA protestors and Muslim communities supporting those protests.

The same Kapil Mishra has now tweeted that the US should follow his example and realise that when the “wrong people” take over the streets, the “right people” must come out on the streets to stop them. The indication is clear: in the BJP’s worldview, the African Americans, the persons of colour and anti-racists in the US, and the Muslims and anti-communal protestors in India, are “wrong people”, while white supremacists in the US and cadres of communal fascist outfits in India are the “right people”.

It is high time that the systemic communal, casteist, and class bias in India’s policing and criminal justice systems is acknowledged. That bias is not new – independent India’s history is littered with instances of massacres of Muslim, Sikh, and Christian minorities, Dalits, Adivasis, Kashmiris, Manipuris and Nagas by the police and armed forces, and massacres of Muslims and Dalits by communal and feudal organisations. Teargas, batons and bullets (and in the case of Kashmir, pellet guns) against peaceful protestors is common. Justice has been systematically denied in most of these instances, and the perpetrators of the massacres have enjoyed promotions and the seats of political power. 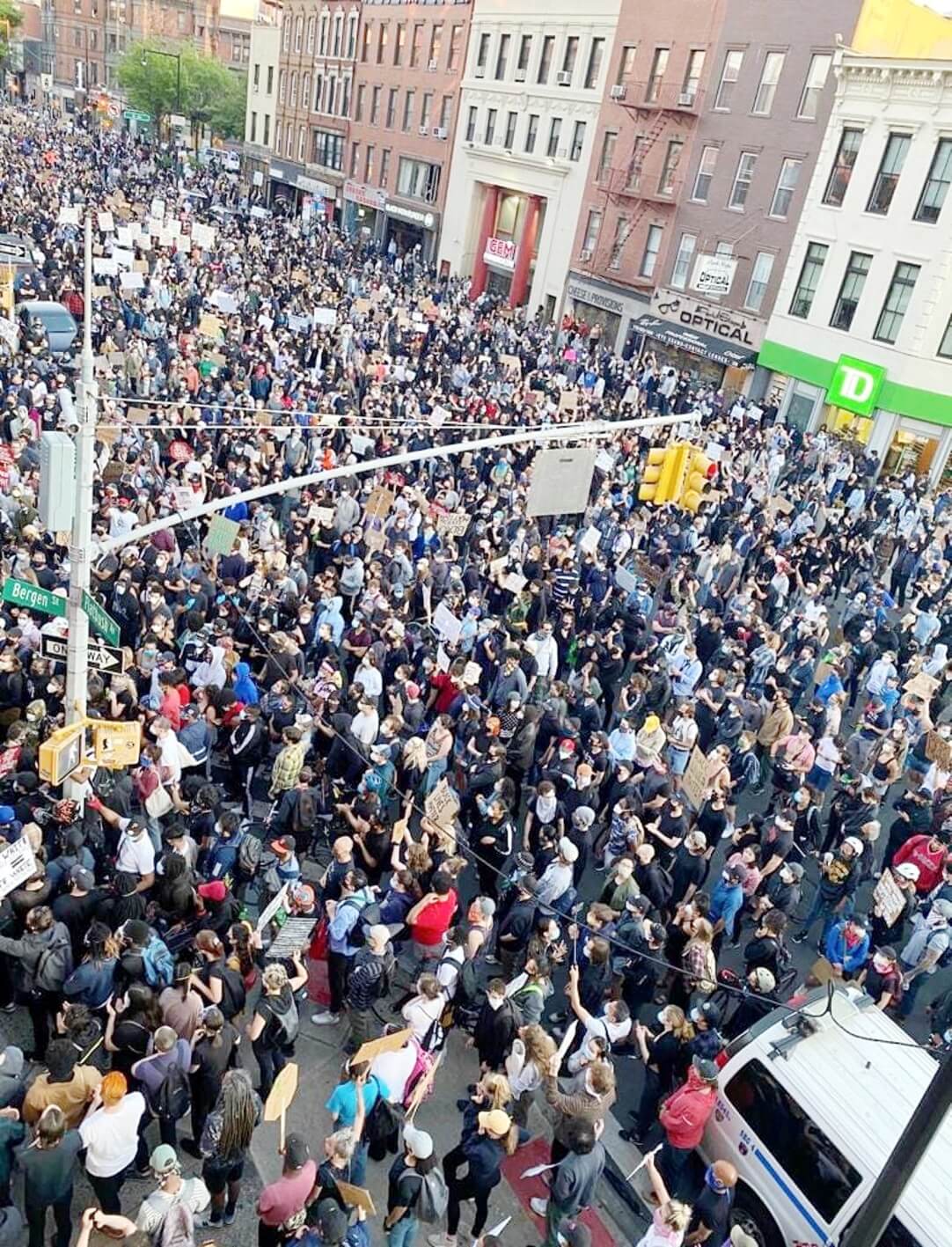 African Americans and persons of colour form a disproportionate and overwhelming part of prison populations in the US – and the same is true of Dalits, Adivasis, and Muslims in India. Muslims, dalits and tribals make up 53% of all prisoners in Indian jails. Torture, false charges, and fake encounters (custodial killings) by the police against these sections of people, who also overlap with the poorest of Indians, are the norm, not the exception.

In the past six years of the Modi regime, these systemic biases have become more blatant. Muslims have been lynched by communal mobs, and the police have protected the lynch mobs and dehumanised dying Muslims. Recently, during the Covid-19 pandemic, a Dalit man in Betul, Madhya Pradesh, was beaten black and blue by the police. The police later tried to “apologise” to him, offering the excuse that they had mistaken him for a Muslim on account of his beard! During the anti-CAA protests, police blinded a Jamia Millia university student and maimed an AMU student, shot Muslims in the eye, shot unarmed Muslims dead in UP and Karnataka, and systematically vandalised Muslim homes.

The police are now busy arresting activists of the anti-CAA protests while refusing even to charge the real perpetrators of violence. Those like advocate and activist Sudha Bharadwaj, who offered legal aid to adivasis in Chattisgarh facing arbitrary arrests and custodial atrocities by the police and armed forces, has been jailed by the Modi regime on false charges under the draconian UAPA law. Trump is calling for protestors to be jailed for a decade; anti-CAA activists in India are today being jailed during the Covid-19 pandemic under the UAPA, which allows for jail without trial or bail for long years. Kashmiris are likewise jailed without trial under the draconian PSA law for decades on end.

The videotape of police in Delhi kicking Faizan who was dying from police-inflicted wounds, and forcing him to sing the national anthem (which had become a protest anthem and rallying cry of the anti-CAA movement), is no less revealing of police bias and brutality than that of the US police force choking George Floyd to death. 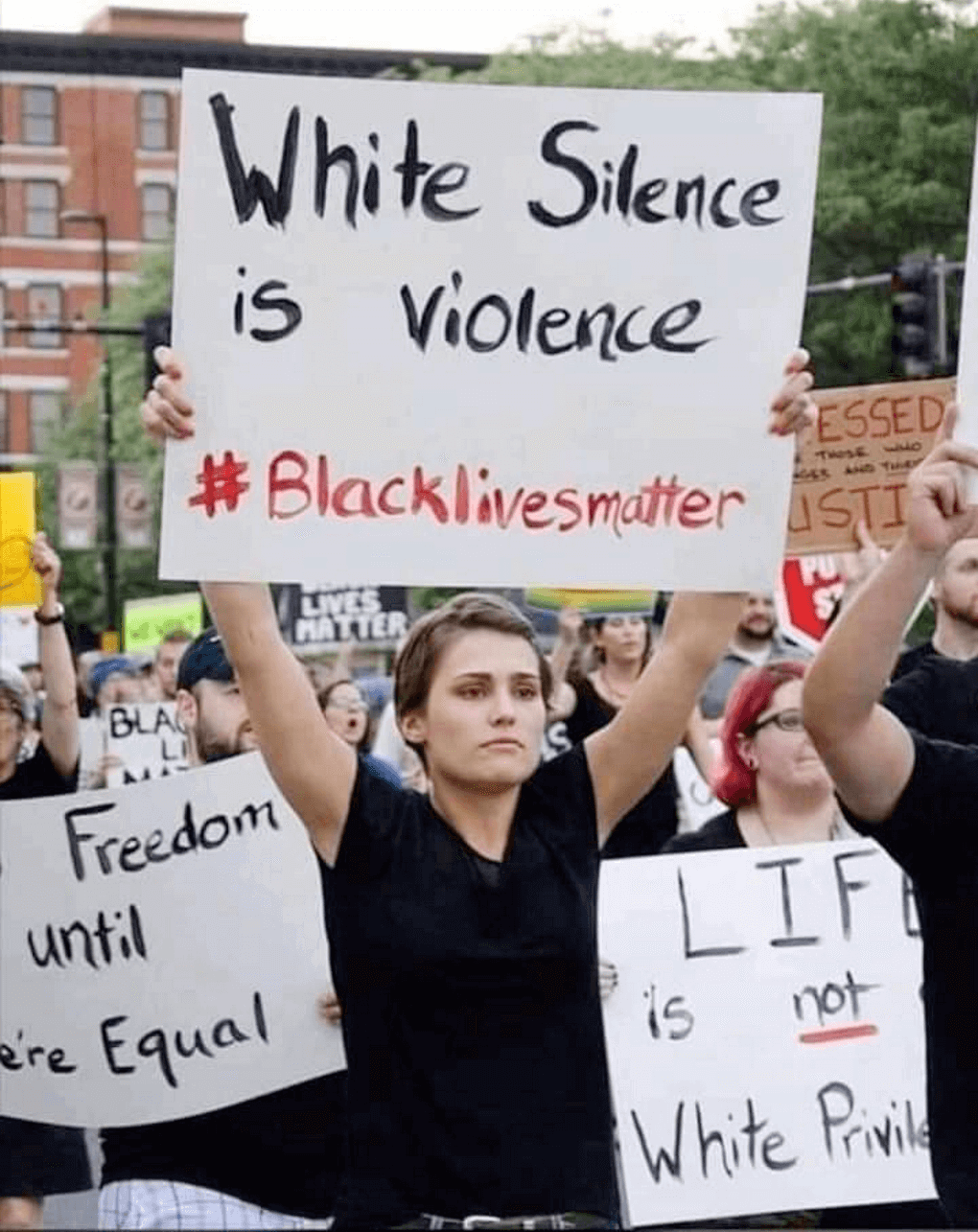 The ongoing people’s movement in the US is demanding justice for George Floyd and for all other African Americans murdered by racist police and civilians – and an end to the systemic racism and militarisation of the police and criminal justice system. While standing in solidarity with this revolutionary movement, we in India also demand a reckoning with the systemic biases and atrocities by the police and state machinery in India, which is being weaponised by the Modi regime against Muslim minorities and pro-democracy protestors.