Visakhapatnam and Aurangabad: Not Accidents, But Lockdown Massacres 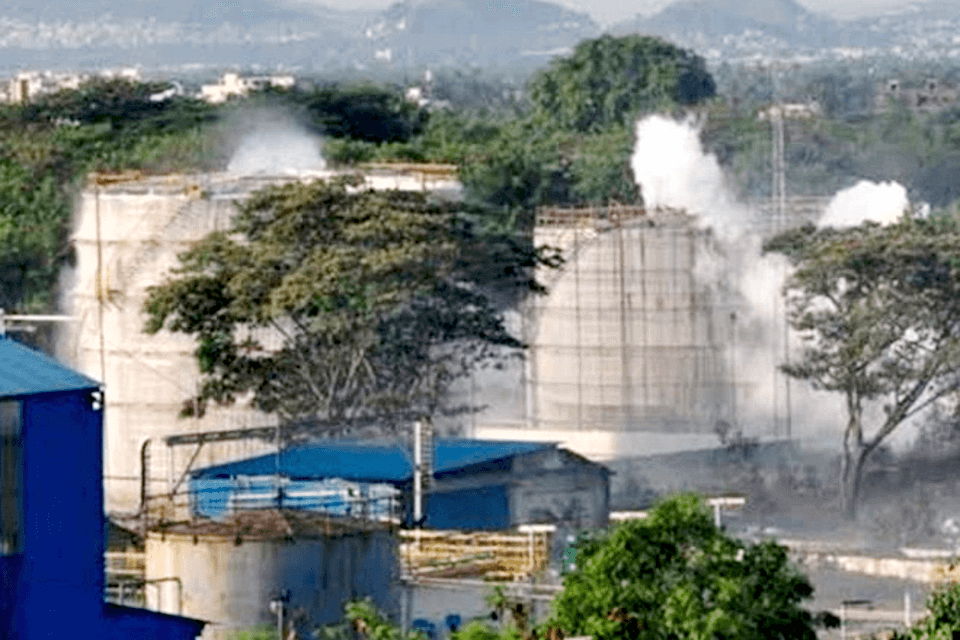 AMID the COVID-19 pandemic, another disaster has struck the nation. This time a man-made one. The Styrene gas leak at 3 AM on May 7 from LG Polymer Plant in Visakhapatnam, Andhra Pradesh had led to the death of more than 11 people (including minors) and 200 injured. According to developing reports, the toxic gas has affected more than 2000 people. The visuals of people lying motionless on the ground and dead cattle in villages around the plant bring back the horrific memories of the 1984 Bhopal Gas Tragedy.

The LG Polymers factory was originally established in 1961 as Hindustan Polymers to manufacture polystyrene. In 1997 the company was taken over by South Korea-based LG Chemicals in 1997, which renamed it as LG Polymers. The plant is situated in a highly populated area and the gas leak has affected several villages in the five kilometers of radius around the plant.

After 36 years of the Bhopal Gas disaster, the government continues to put people's lives at risk.

Since the Modi government came to power in 2014, its ‘Ease of Doing Business’ policy has led to scuttling of factory safety and environmental regulations. The disaster at the LG Polymer plant is a clear reflection of putting profit over people's lives. 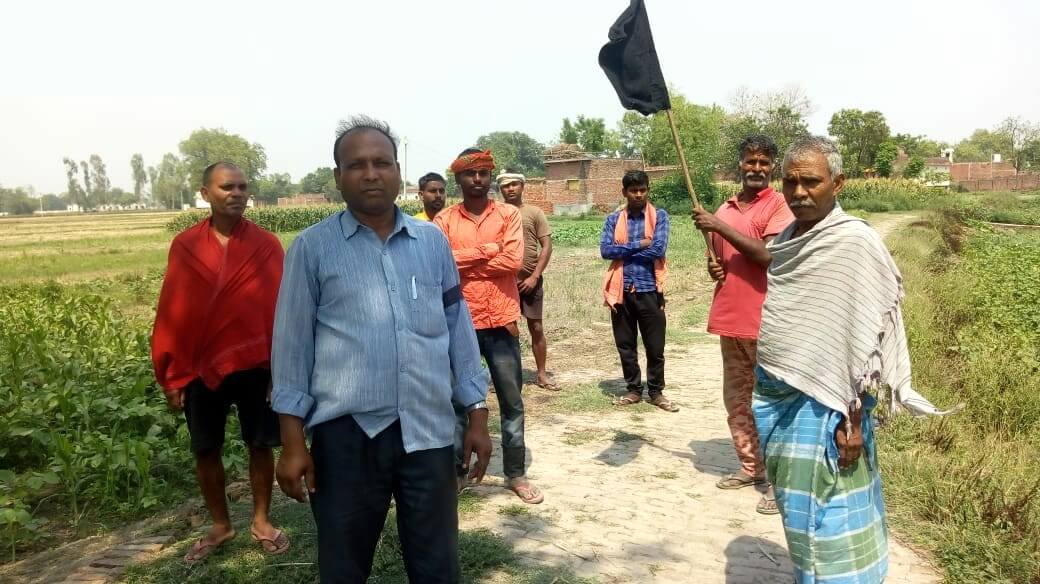 Amid the COVID 19 pandemic, many state governments, following the line of Modi government are planning to introduce a series of changes to labour laws, including allowing more factories to operate without following safety and health norms and give a free hand to companies to “keep labourers in service as per their convenience”. The UP government is planning for a complete suspension of Labour Laws which is a serious attack on labour and democratic rights of workers and must be opposed. Such moves are a clear recipe for industrial disaster.

CPIML has expressed its deepest condolences to the people who have lost their loved ones. The Andhra Pradesh and Central government should ensure adequate compensation and provide proper care to all the people affected by the gas leak.

The Party also demanded strict action against LG Polymer and government officials for negligence. Restarting of all factories should be conducted under proper monitoring. There must be an end to the Central and state governments’ scuttling of safety, labour and environmental regulations and inspection rules in the name of ‘Ease of Doing Business.’ Strict industrial safety regulations and inspection laws should be brought back in place to prevent another Bhopal like tragedy.

CPIML demands to fix the Accountability for this Disaster, proper compensation and care for the victim families, and that the Modi government must care for safety and environmental regulations and withdraw proposed Labour Code Bills including ‘Code on Occupational Safety, Health and Working Conditions’. 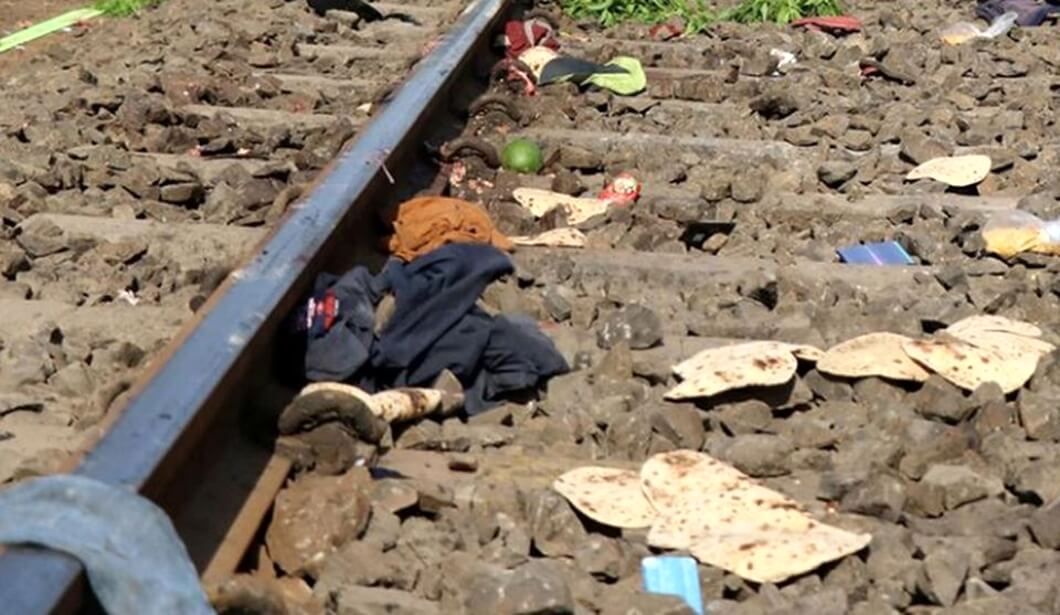 Tragedy on Train Tracks in Aurangabad

AICCTU expressed deep shock and indignation on the horrific tragedy and profound grief for migrant workers killed in train accident in Aurangabad. This terrible tragedy occurred on 8 May early morning in which 17 migrants (including children) were crushed and 2 seriously injured by a goods train when they were on the way on foot to their homes. A total of 19 migrant workers hailing from M.P. who were working in a factory in this district, were trying to reach Bhusawal, 200 KM. away on foot in hope of getting train from here for returning to their home state. To escape lockdown restrictions and police highhandedness, these workers were forced to avoid highways and main roads and take a route along railway lines. Instead of getting trains for their safe return from the govt., they got death from the wheels of these trains.

This is the second major lockdown-induced tragedy, which has happened in just 24 hours. Scores of migrant workers have died due to hunger and extreme exertion and diseases since beginning of lockdown when forced to return to their homes on foot along with their families, traversing hundreds of miles, and many have committed suicide due to lockdown induced miseries and hunger. 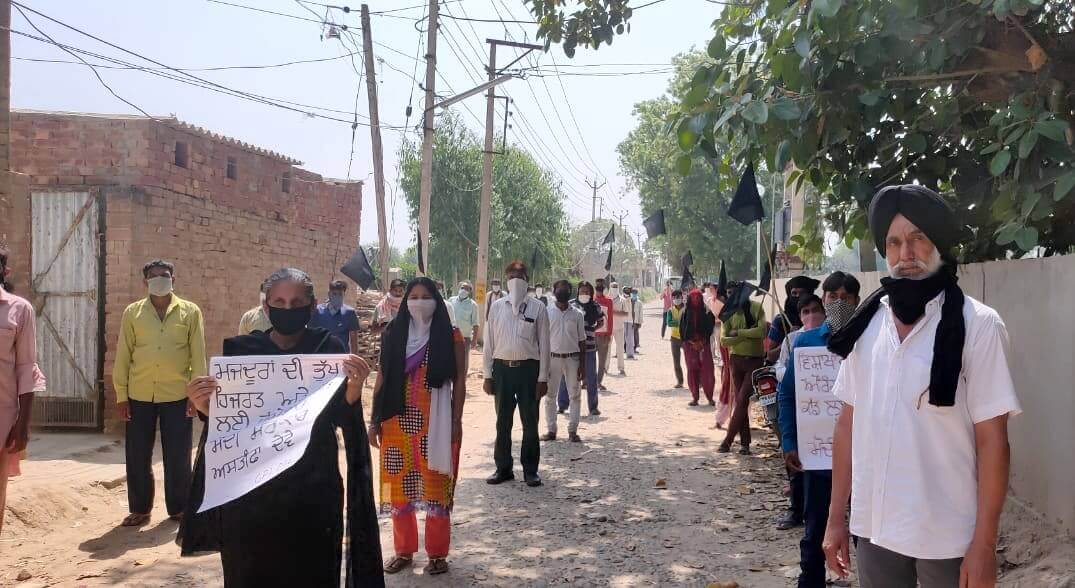 This train accident is the horrifying culmination of criminally apathetic attitude of the Modi govt. towards these lakhs of migrant workers. It is the Modi govt. which is responsible for chaotic situation among migrant workers leading to this tragedy as it continuously denied the demand of their safe return by running trains in suitable numbers. Even now when the govt. has started trains, they are very few, migrant workers are being charged fare and all hurdles are created to dissuade them to return even forcing them into bonded labour for resumption of economic activities. The BJP led Karnataka govt. shamelessly even went to the point of withdrawing all trains meant for returning the migrant workers to their home states to cater to the demands of construction lobby of state.

This huge tragedy in Aurangabad district is not merely an accident, it is State sponsored massacre of migrant workers, and Modi govt. should own the responsibility for this tragedy and worsening condition of migrant workers and apologize before the nation.

The foremost exigency before the nation today is Immediate and Safe Return of Migrant workers by free trains to their home states and a Special Action plan for alleviation of their miseries, and Modi govt. must act on this exigency to prevent the ongoing chaotic situation to deteriorate further.

AICCTU General Secretary Rajiv Dimri said that their organization has also demanded Rs.1 crore compensation to the families of the deceased. 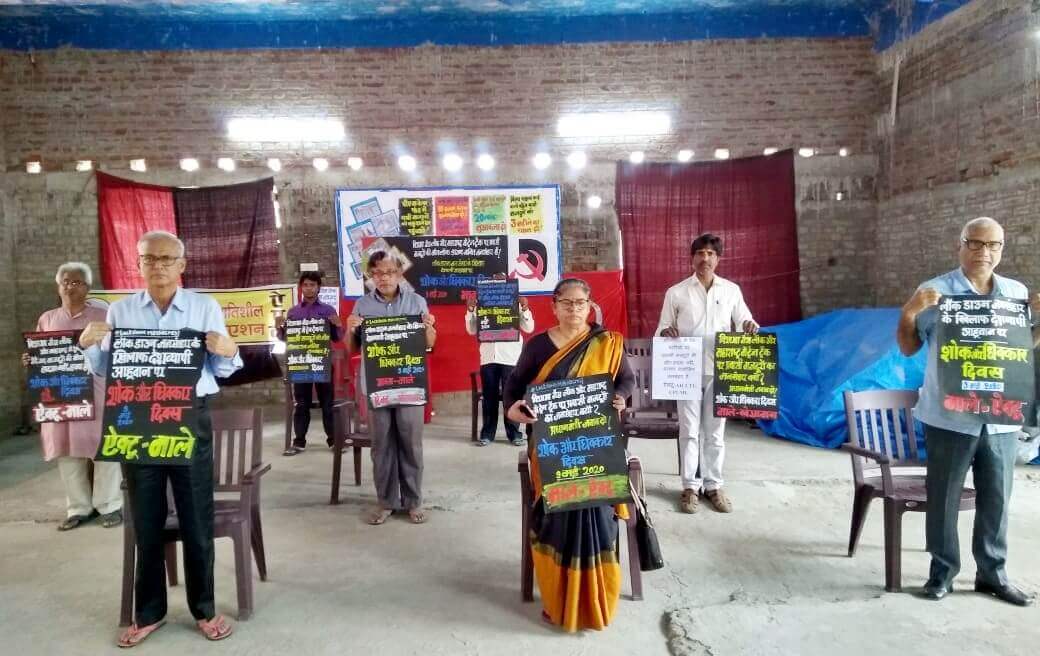 Terming the death of about 11 people in the poisonous gas leak at Vishakhapatnam and the mowing down of 16 migrant workers on the tracks at Aurangabad ‘Lockdown massacres’, many organizations including CPIML, AICCTU, AIARLA, AISA, RYA, AIPWA and AIKMS called for a countrywide Grief and Outrage Day on 9 May 2020. Responding to the call, activists of these parties and supporters protested in their homes and offices through placards, black bands, and posters while observing physical distancing and other Lockdown rules.

The organizations said that the train could have transported the migrant workers home but instead they were mowed down. There is no end to the suffering of migrant workers. Their deaths could have been avoided, but the government has left them in the lurch, to suffer and to die. The government and the Railways are well aware that migrant workers follow the tracks to reach home; thus, running the train without proper precautions is not an accident but amounts to Lockdown massacre and a criminal act.

The gas leakage in Vishakhapatnam is also a result of sheer negligence and violation of safety norms. Till today the Bhopal gas leak perpetrators have not been punished; neither have the victims or their families got justice or adequate compensation. Violation of safety norms has become a common occurrence for which people have to pay with their lives. The anti-worker policies of Prime Minister Modi who announced the unplanned unprepared Lockdown are mainly responsible for these Lockdown massacres.

These organizations called for the 9 May protest through social media. People across the country protested with black bands and placards and raised slogans demanding answers and justice from the government. They said that the deaths due to these two incidents should be probed by a high level committee, and strict action must be taken against LG Polymer responsible negligence in Vishakhapatnam, in both cases accountability must be fixed, at least Rs 20 lakhs compensation for the families of the victims be given, and the guarantee of free and safe return for all migrant workers. 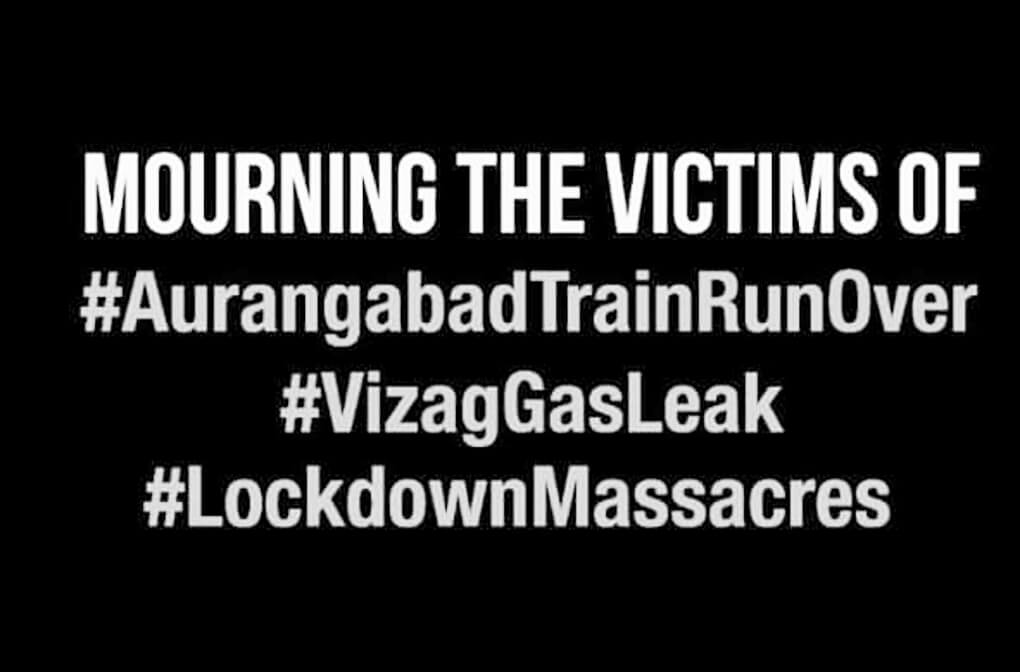