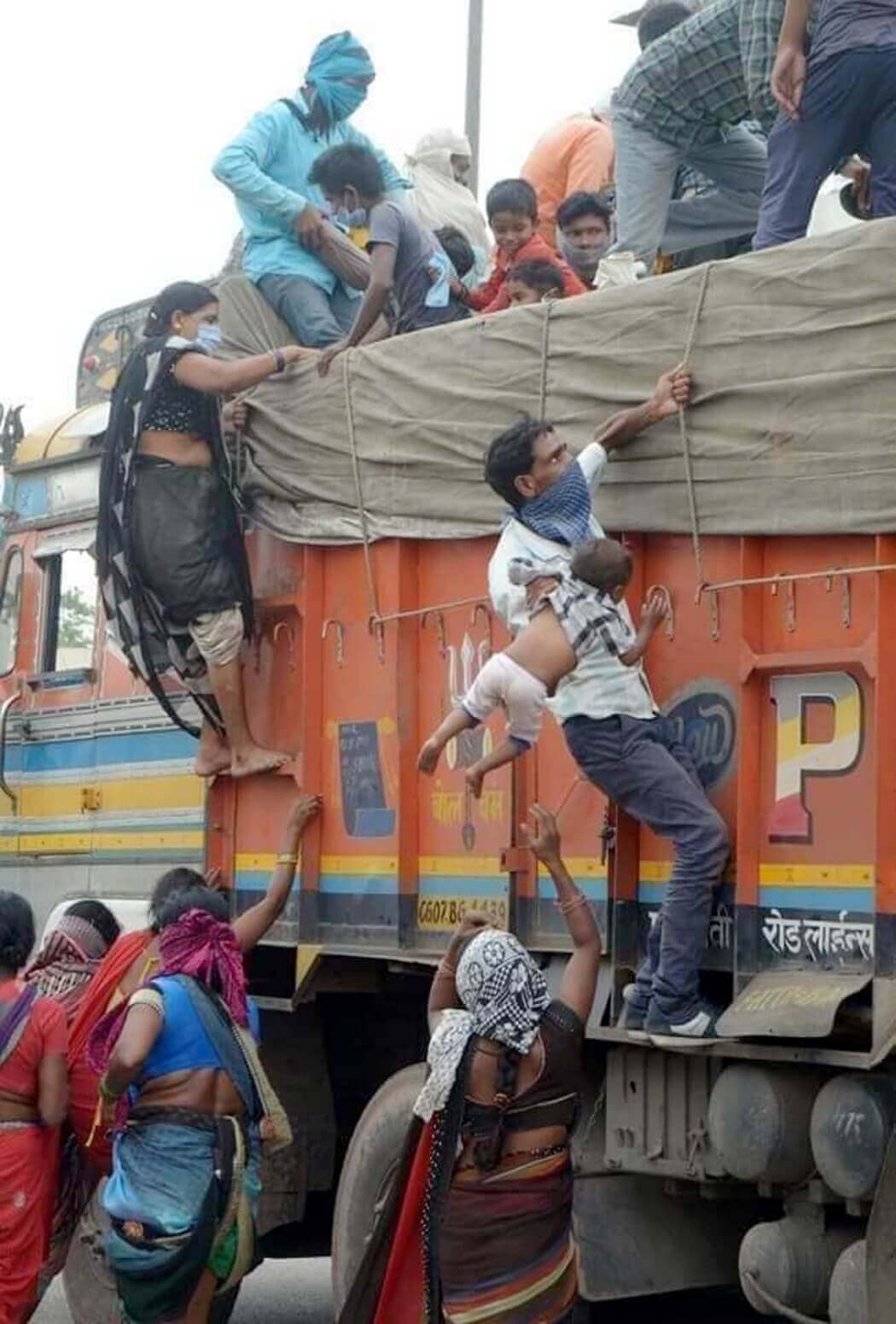 EXACTLY seven weeks after he had announced the countrywide lockdown giving just four hours, Narendra Modi addressed the nation again at 8 PM on May 12. When he had announced the lockdown for 21 days, he had invoked the popular Hindi saying ‘Jan hai toh jahan hai’ indicating thereby that his government would do everything necessary and possible to save lives. The seven weeks that elapsed between 25 March and 12 May however only saw India lose lives in hundreds and thousands to both Covid-19 and the chaotic and cruel lockdown enforced by the Modi government.

In his 33-minute May 12 address, Narendra Modi did not even spare 33 seconds to express any sorrow for these deaths, even though his government is squarely responsible for most of the lockdown-induced fatalities. The mounting misery of the migrant workers remained conspicuously absent in his address. In fact, he hardly spoke about the Covid-19 situation in India or the massive humanitarian crisis triggered by the coercive lockdown. This silence was deafening and the vague mention of a Rs 20,000 billion package, which he said would be spelled out later by the finance minister, could hardly assuage it.

Posted by Communist Party of India -Marxist Leninist- Liberation CPIML on Wednesday, 13 May 2020

The Prime Minister devoted his entire speech to building a new rhetoric around what he called a vision of Atmanirbhar Bharat or self-reliant India. For him the Covid-19 pandemic was not a crisis but an opportunity to be seized and he outlined how his government would like to proceed to that end. He enumerated five pillars of India – economy, infrastructure, technology, demography and demand. Real wealth producers of India, the workers and peasants, did not figure among his pillars, except perhaps for an oblique reference to what he called India’s vibrant demography. 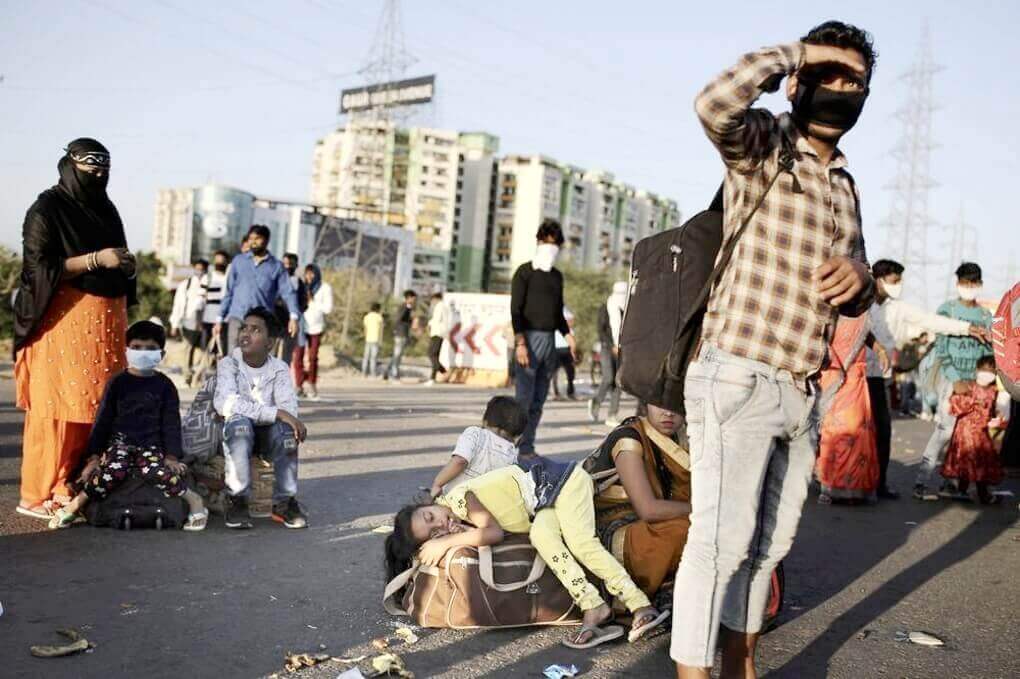 It did not occur to him that the utter failure of his government to resolve the migrant worker problem made a complete mockery of all his pillars. It has now become a cliché to refer to India’s relatively young population as a ‘demographic dividend’. The bulk of the endless procession of migrant workers, the biggest peace time human exodus in living memory, would belong precisely to this advantageous demographic category. All they demanded was to be taken home by using the technological and infrastructural prowess of India, and the Modi government just failed to fulfil this basic demand in fifty days. And here was the PM lecturing us about the five pillars.

Modi advocated bold reforms in four areas – land, labour, liquidity and law. Land reform for him refers to facilitating corporate land acquisition by all and any means. His government tried to do it by amending the land acquisition law and forest rights act, but was rebuffed by all-out protests. Is he now looking at Covid-19 as the ‘opportunity’ to fulfil this pending agenda? By now we also know very well what his government means by labour reforms. Labour laws are already being sought to be rewritten into four Manusmriti type codes and now BJP-led state governments have begun to announce a blanket suspension of labour laws for the next three years.

Enhanced liquidity is meant to make more loans available and we know who are pocketing all the loans. Indebted farmers are being driven to suicide, increasingly we are also hearing of suicides by women who could not repay whatever small loans they got under microfinance schemes. But the big defaulters are having their loans periodically written off, and the size of the loan write-offs since Modi came to power in 2014 amounts to Rs 6,60,000 crore or one third of Modi’s promised Covid-19 stimulus package. Will enhanced liquidity mean cancellation of all farm loans and microfinance loans or more loans for India’s corporates? The answer is not difficult to guess.

And we know about the direction of reform of laws. By reform on the legal front, the government does not mean scrapping the draconian colonial era laws like the Epidemic Diseases Act that is currently governing the lockdown or the sedition law, it only means rewriting India’s Citizenship Act or land and labour laws to weaken the constitutional foundation and legal framework of democracy in India. 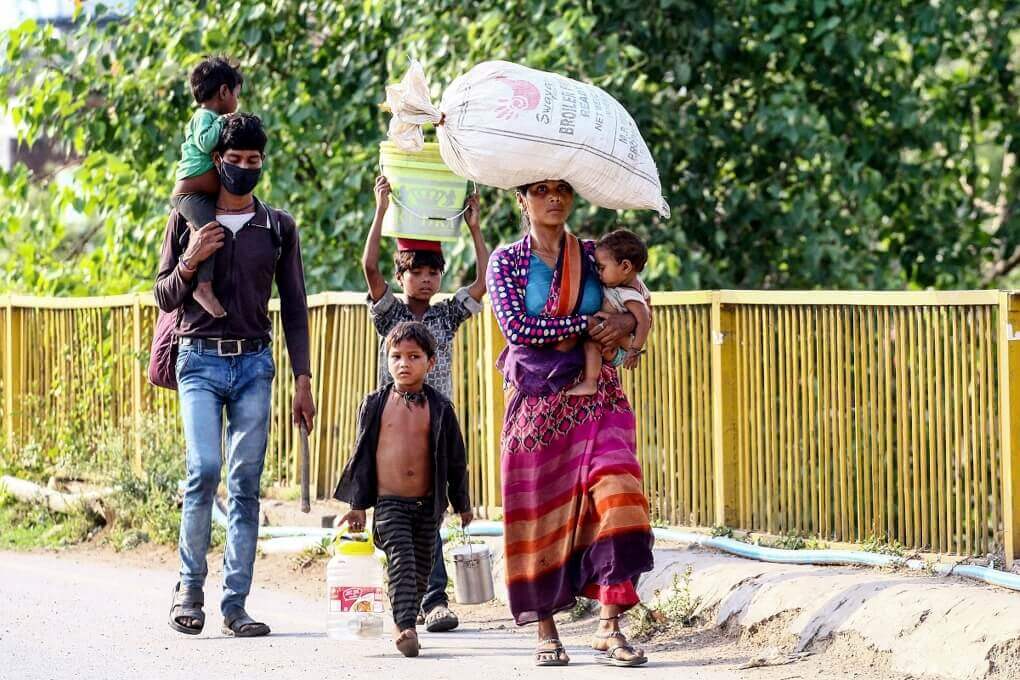 All these reforms mean systematic disempowerment and division of Indian people, and enslavement of large sections of India’s working class. This is not self-reliance, this is only renting out India’s natural and human resources on more attractive terms to global capital, this is devaluation of India’s democracy, this is auctioning of India.

The mystery of the package will be fully unraveled in the days to come. But a few things are already clear. The sum is hugely inflated, it has been arrived at by adding up a whole series of ongoing schemes and announcements made by the RBI. The money is not going to be raised by taxing the super rich, on the contrary common people are being subjected to wage cuts and reduction in allowances and pensions. And thirdly, the package is not going to reach the people who need it most by way of lockdown wages, subsistence allowance, free ration and compensation for various losses.

Modi also hinted at a fourth phase of lockdown, without making any critical review of the experience of the fifty days India has already been under lockdown. Lockdown was meant to slow down the spread of the virus and enable the government to step up its preparations on various fronts to face the challenges. The purpose has hardly been served on either of these two counts. Modi said the fourth phase would be different, but will it be more effective when no lessons have been learnt? Indeed, as the lockdown eases, indications are the government is willing to further jettison the common people and jeopardise their lives. The state abdicating its responsibilities and putting the onus on the people can certainly be no model of self-reliance.