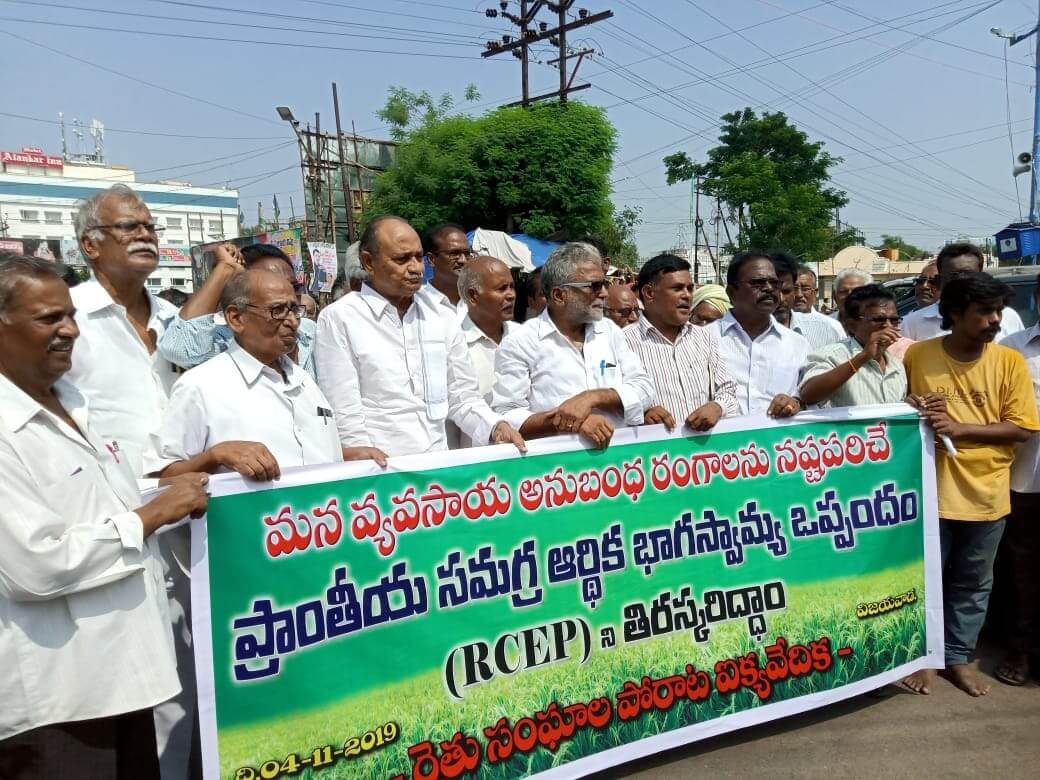 THE Modi government had to make a retreat from signing the Regional Comprehensive Economic Participation) RCEP which was supposed to increase farmers’ woes by making their dairy products highly uncompetitive. The Modi government was about to sign this Agreement which would have facilitated deeper reach of MNCs in dairying sector at the cost of Indian farmers. The Indian farmers’ frontal organization AIKSCC called for a countrywide protests on 4 Nov, the day when this agreement was to come in effect. The All India Kisan Mahasabha along with more than 250 farmers’ organisations held resistance marches and protests in all states resulting in, finally, the non-signing of the RCEP. AIKM President Ruldu Singh has called this a victory of Indian farmers against the pro-imperialist and anti-farmer policies of the Modi government.

The so called ‘Looking towards the East’ the Government of India was on 4 November 2019 going to sign the RCEP in Bangkok with 16 countries including 10 ASEAN countries as well as China, South Korea, Japan, New Zealand, and Australia on regional economic participation.

Through this accord, the import duty on 80 to 90% of trading goods among these countries will be systematically reduced over the next 15 to 20 years and will eventually be brought down to zero. This will result in huge amounts of cheap imported goods in the Indian market. These goods, particularly dairy products, are produced at very low costs in countries like New Zealand and Australia, because their governments give a lot of facilities and concessions to their farmers. 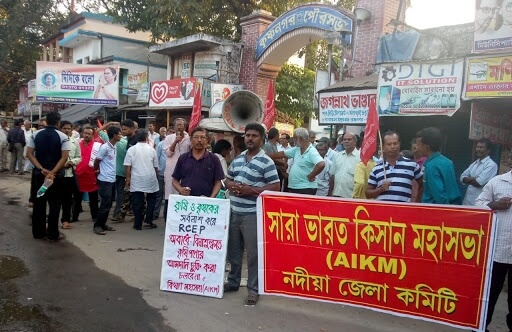 This agreement would have opened direct foreign investment by foreign companies in the food processing industry and e-trade would be encouraged thus ruining small traders. The foreign Companies and businessmen would have been able to influence in purchases by government and if there is any obstacle in free trade they can sue Indian producers under a separate legal process.

Protesting against the signing of this accord, the All India Kisan Sangharsh Samanvay Samiti (AIKSCC) had made the following demands:

The AIKSCC call to protest was also supported by civil society who came to protests against the RCEP.