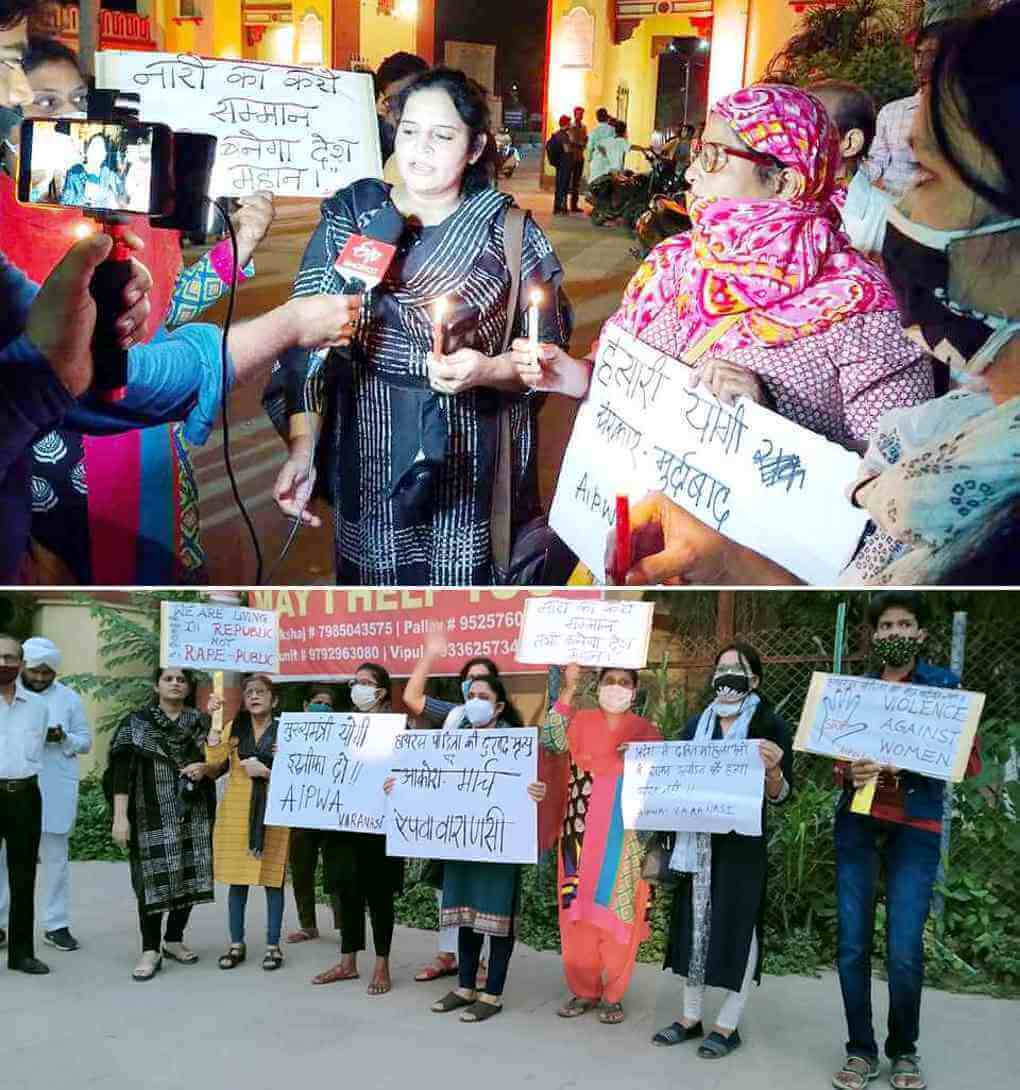 A 19 year old Dalit woman, gang raped by four men of the dominant Thakur caste, succumbed to her injuries on 30 September. The assailants she named - Sandeep, Ravi, Lavkush, Ramu - had attempted to strangulate her, resulting in a serious cut on her tongue and a fracture in her spinal cord.

While the horrific nature of her injuries has been the focus of some attention in the media and social media, what has largely escaped attention is the horror of systematic caste supremacist treatment meted out to the victim and her family and community by the UP police, administration, and the Yogi and Modi Governments.

The UP CM has recently announced a "Durachari" scheme whereby the photographs of rape accused persons will be displayed in public all over UP. It is well known that all over India, nearly half of the rape complaints that are filed, are attempts by women's parents to criminalise consensual elopements, especially inter caste and inter community relationships. So the scheme will be an excuse to further humiliate and stigmatise Dalit, OBC and Muslim men who are in relationships with women of dominant castes. Far from deterring crimes against women, the scheme will actually be a crime against women's autonomy and right to choose a partner.

With 51,824 cases of crime against SCs registered under PoA Act between 2009 and 2018, UP ranks first in the category with 22.38% of total crimes. Of all crimes committed against the members of the Scheduled Castes, the highest are against Dalit women—the 2016 National Crime Records Bureau, the last data released nationally, show. In recent months, there have been a spate of sexual assaults on women, children and Dalit women in particular, in UP. It is no secret that Yogi Raj in UP has emboldened Manuvadi forces to commit crimes in service of their caste supremacist ideology. The UP CM has made no secret he shares this ideology: in an infamous article in 2009, he had quoted Manusmriti to argue against women's reservations in Assembly and Parliament on the grounds that women ought always to be kept under the control of men.

Justice for the Hathras victim demands that the rapists be punished. It also demands that the secret midnight cremation of the victim's body without the presence of her parents and family be treated as a caste atrocity and senior police and administration officials be arrested and prosecuted under the PoA Act for this crime.

In an Uttar Pradesh where custodial killings (fake encounters) by UP police have become an ugly norm, we warn that the UP Govt and police must not seek to silence protest and cover up their complicity by eliminating the perpetrators in a fake encounter.

AIPWA will do everything it can to support the victim's family in their quest for justice and accountability from the UP government and Central government.