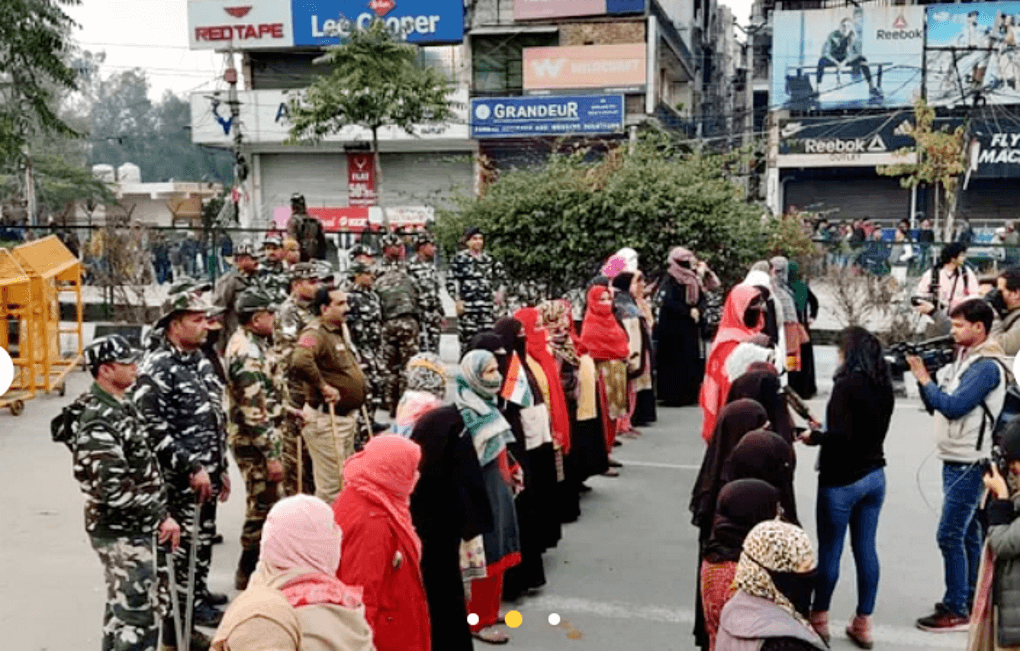 DELHI is India's capital, the seat of power where the men in power have launched a war on the Constitution through the discriminatory, divisive and disastrous CAA-NRC-NPR project. Delhi is where the country's apex court is located where there is an ongoing appeal against this ominous design. Delhi is the city of Shaheenbagh which has now become a household name, an inspiring model that has given rise to hundreds of Shaheenbaghs across the country and become a metaphor for an unprecedented pattern of peaceful, creative and constructive protests pulsating with the unbelievable energy and spirit of women and children. Delhi is also where Assembly elections are due later this week and where India's powerful ruling party has launched a vicious electoral campaign spewing endless Islamophobic venom and openly threatening and unleashing violent attacks on peaceful protesters.

Shaheenbagh and the ongoing protests have clearly rattled the arrogant and despotic regime that currently rules India. The regime has always waxed eloquent about empowering India's children and women. It has been shedding crocodile tears for Muslim women in particular, promising them justice and progress. It never tires of patting its own back for giving us the 'Beti Bachao, Beti Padhao' slogan and passing the legislation banning instantaneous triple talaq. It has been claiming the support of 'grateful' Muslim women in recent elections. But when these very young girls and women are sitting in protests, the regime can only think about maligning them and inciting violence to suppress their voice. The election season has become the season of 'gali' (slanderous abuse) and 'goli' (bullets) for the BJP. We hear the likes of Anurag Thakur, Adityanath and Amit Shah spew venom in meeting after meeting, and watch the likes of Komal Sharma, Gopal Sharma and Kapil Gujjar carry those words into action by attacking protesting students and women.

Protests of the people are central to every democracy. Tireless protests and struggles of our people won us our freedom from British rule. Protests of the people have unseated unpopular regimes in several states and at the Centre. Protests have forced several governments to withdraw anti-people laws and measures. Even Modi 1.0 had to go back on its design to promote land acquisition without compensation and rehabilitation in the face of countrywide peasant protests, and Modi 2.0 had to shelve its plans to evict Adivasis and other forest-dwellers before the Jharkhand elections to assuage the growing anger of Adivasis and is now having to lie about its all India NRC plan in the wake of the ongoing mass upsurge against the CAA-NRC-NPR conspiracy. A leader who instigates the police to take revenge on protesters and finds the chants of 'Azaadi' or the tricolour and the preamble to the Constitution 'seditious' is a blot on democracy, such leaders are nothing but gangsters and are totally unfit for any elected office.

In the midst of these ongoing protests we have had a budget that can at best be called a bureaucratic play with words and figures, completely insensitive to the travails of a people reeling under recession. The budget offers no relief for the common people, says nothing about creation of jobs or provision of minimum wages and social security, and once again brushes aside the demand of India's agricultural population for fair prices for crops and freedom from debts. All it does is to intensify the transfer of public assets to private hands. After railways, oil companies and Air India, the government is now targeting the most trusted name in India's insurance industry, the Life Insurance Corporation of India.

Some people think that the CAA-NRC-NPR conundrum is just a ploy to distract public attention from the pressing economic issues of the day and shield the utter failure and betrayal of the government on the economic front. This is simply not true. The attack on the Constitution and Citizenship is as real and lethal as the economic crisis. Our job is not to divide the protests and pit one against the other, but to combine them and hold the government accountable for each of its failures and mischievous measures. The protests against the CAA-NRC-NPR assault on our national unity, constitutional commitments and citizenship rights, and the struggles against unemployment and privatisation can and must be combined. Indeed, the chants of 'Azaadi' and the battle for the defence of the Constitution and democracy are increasingly uniting us all.

Shaheenbagh and the ongoing protests against the CAA-NRC-NPR design are witness to an unprecedented participation of the Muslim community. Defying systematic attempts to suppress the voice and representation of the Muslim community in today's politics, the community has erupted in an unprecedented protest movement, participating on a scale that India has perhaps witnessed never before. It should be noted that the community never protested on anything like this scale when the parliament passed a draconian law criminalising instantaneous triple talaq or the Supreme Court gave an adverse verdict on the Babri Masjid issue despite terming the December 1992 demolition a criminal act and the surreptitious placement of idols in December 1949 a desecration of the mosque robbing the community of its rights to pray in the mosque. The present protests are an assertion, not of the religious identity of Indian Muslims on any religious issue or any exclusive concern of the community - but a renewed assertion of their equal and shared claim over and commitment to the Indian constitution and India's composite culture in the face of an anti-Constitution onslaught. This onslaught introduces discrimination on the basis of religion and large scale disenfranchisement of the poor. Instead of worrying that this determined assertion of Indian Muslims may help the BJP in its game plan of communal polarisation and Hindu consolidation, the task facing every democrat today is to inform and educate the common people about the ominous implications of the CAA-NRC-NPR assault and mobilise them all in this united people's upsurge. We should congratulate the Muslim community for raising the alarm so loudly and visibly and with such calm and determination, despite so much provocation, slander and repression, and rally all sections of people in this united and growing upsurge of the people. We trust the common people of Delhi to reject the BJP's mischievous design to polarise the Delhi elections against the ongoing protests and the Muslim community and give a roaring mandate for communal harmony and constitutional rights.