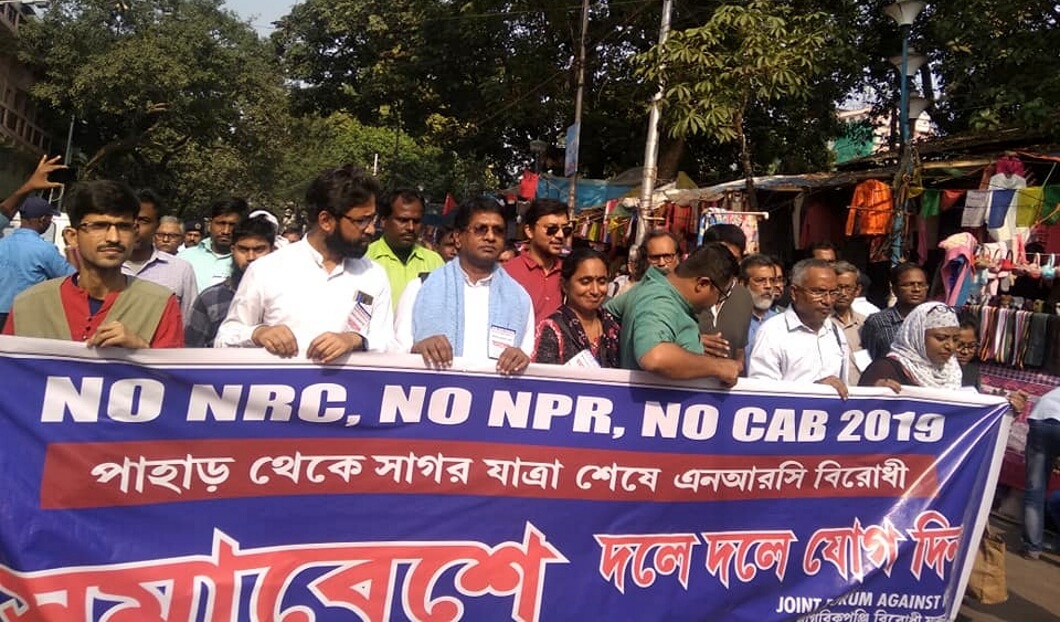 AS soon as the Citizenship Amendment Bill was tabled in the Lok Sabha and passed after a hastily conducted debate, people started protesting against this most fatal blow of Modi government to the Constitution of India. These protests are likely to continue in coming weeks as many organisations have declared their resolve to oppose this Bill tooth and nail and non-cooperation of the finally enacted law if Modi government succeeds in getting it passed by the Rajya Sabha. There is an open declaration by many organisations to boycott the proposed process of all India NRC and the national population register. 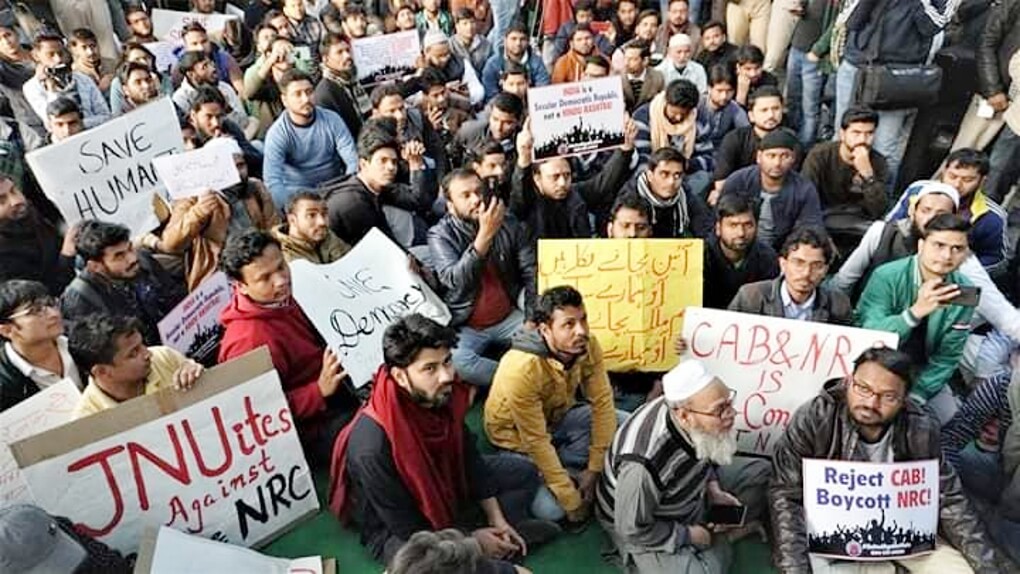 CPIML had given a call to observe International Human Rights Day as day of protests against NRC/CAB design and attacks on the Constitution and people’s rights and also attacks on students, teachers and educational institutions particularly on JNU. Protests were held in all the states by CPIML and affiliated organisations.

The Citizenship Amendment Bill is an attempt to effect a backdoor entry to the RSS notion of Hindu Nation. The speakers in a protest held in Patna asked why does it exclude persecuted minorities from neighbouring countries, such as Rohingya Muslims, Sri Lankan Tamils, Tibetan Buddhists or Uyghur Muslims, as well as persecuted political groups like atheist rationalists from Bangladesh, many of whom are of Muslim origin? Why does it adopt a definition of refugees from persecuted minority groups based on faith and nationality violating the constitution of the country? And why does it restrict itself to Hindus, Sikhs, Buddhists, Jains, Parsis and Christians from Afghanistan, Bangladesh and Pakistan alone? 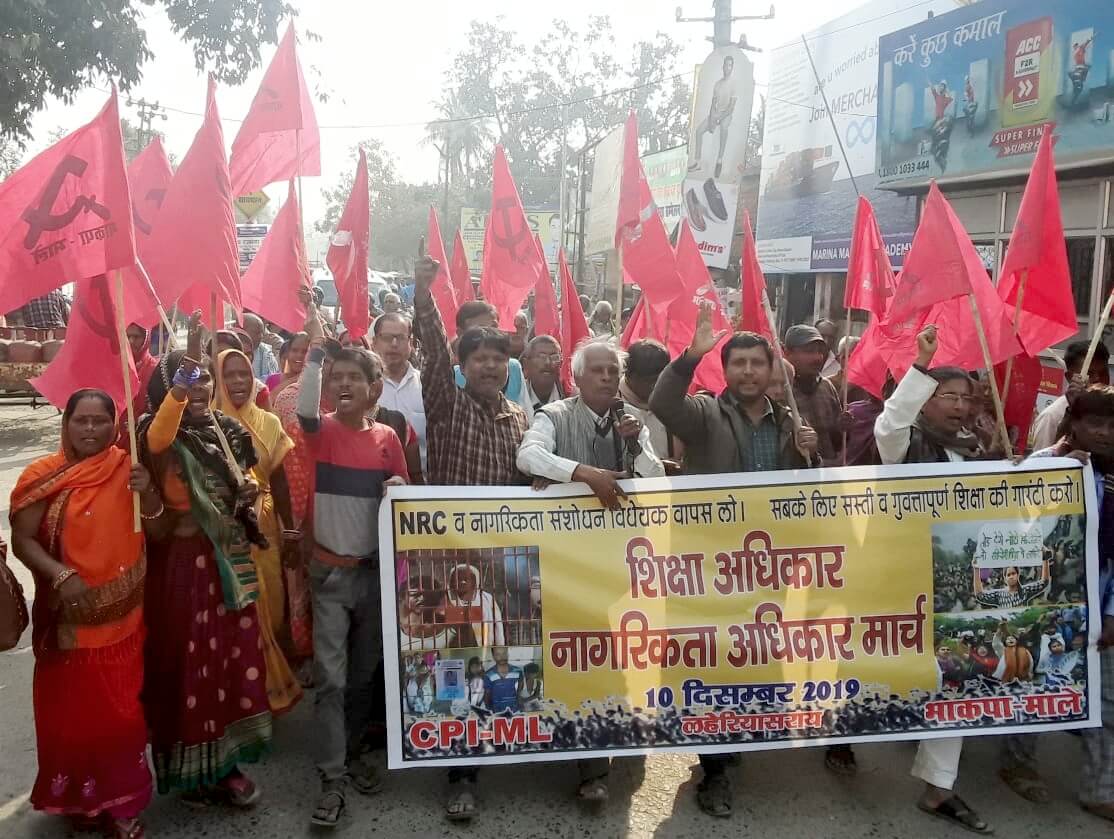 The aim of the CAB is not to benefit refugees and persecuted communities. Rather, it is to exclude Muslims from the definition of Indian citizenship. That is the only rationale behind excluding Muslims from the CAB. The Modi-Shah duo hope that CAB can be used to break up this unity, and assure Hindus that even if they are excluded from all India NRC, they will be protected by the CAB. But this too is a communally motivated lie. 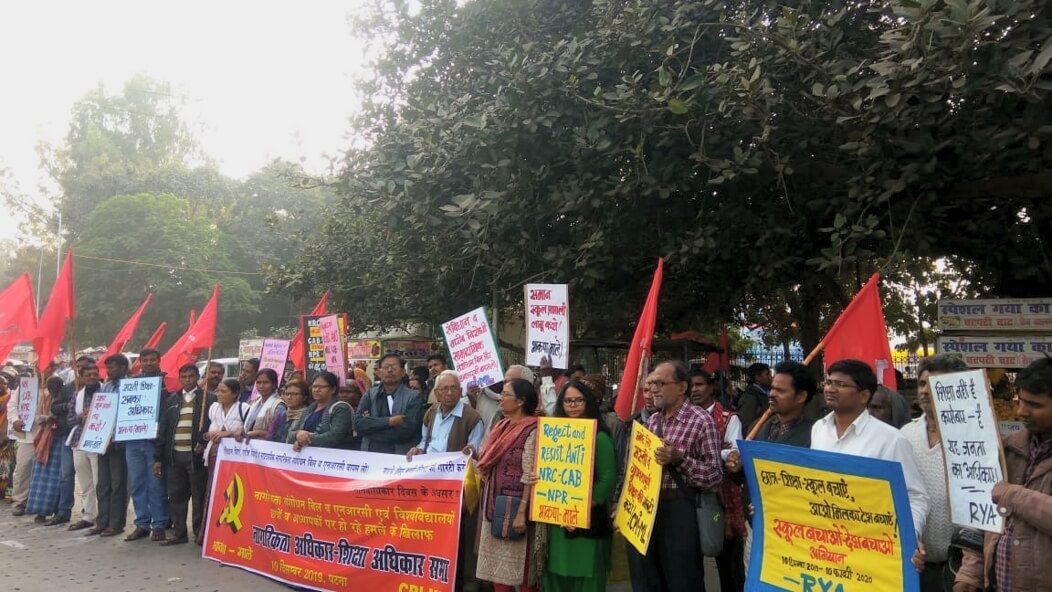 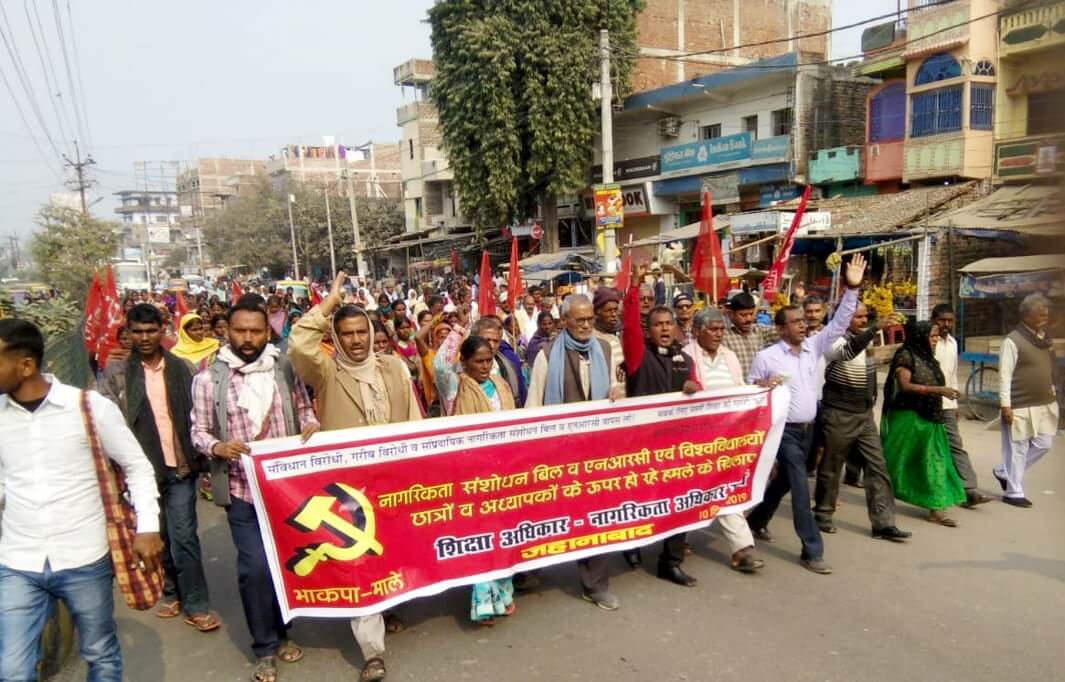 All India NRC threatens all India's poor citizens with exclusion. The poor cannot even prove they are poor and are therefore excluded from BPL lists - they can not find documents to prove their ancestors were citizens in 1951. The NRC threatens all Indians with statelessness. The NRC/CAB disaster can be compared with Modi's demonetisation disaster. Demonetisation claimed it would get rid of black money. Actually black money is pouring into BJP's funds through Electoral Bonds! Demonetisation scrapped currency notes and destroyed India's economy. Likewise all India NRC/CAB will scrap people's citizenship and destroy India's Constitution. There is no evidence that the Indians are suffering today because of "illegal immigrants" - there is no substantial influx of undocumented immigrants in India. Indians are suffering joblessness and deprivation today, not because of immigrants, but because of the devastation of the economy, jobs, and society by the Modi-Shah Government.

The protesters at various places called for all Indians to unite to reject and resist the all India NRC and CAB, which are an all out attack on India's secular Constitution. 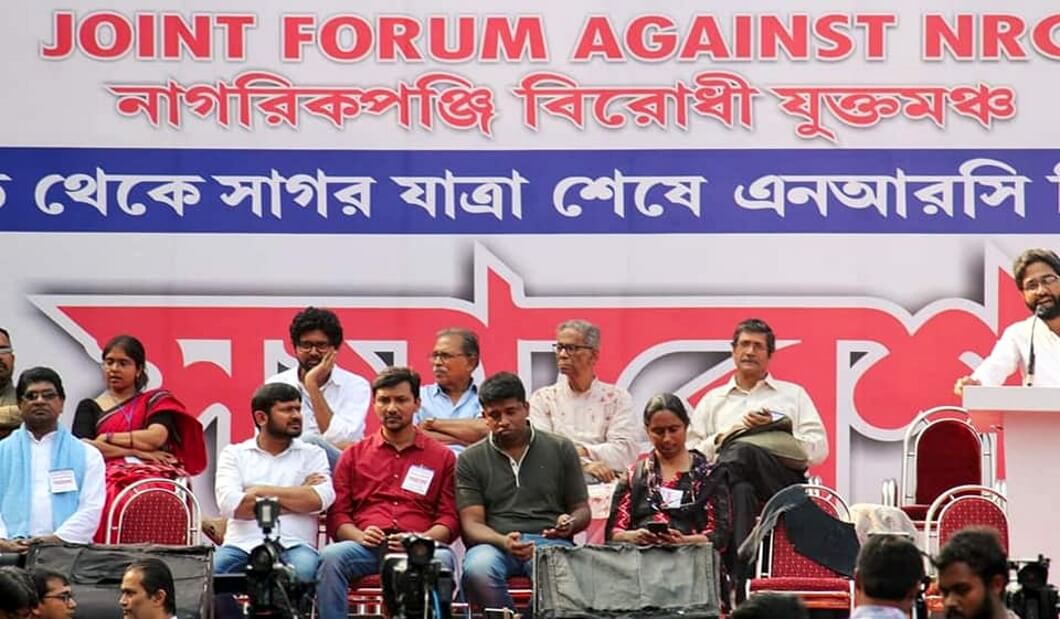 On December 9, the day CAB was introduced and passed by the Lok Sabha, a anti-NRC anti-CAB rally was held in Kolkata by the Joint Forum against NRC which was addressed by CPIML Politburo member Kavita Krishnan, former IAS officer Kannan Gopinathan who had resigned in protest against removal of special status of Kashmir in Article 370 and is campagning now against all India NRC, and ex-JNUSU President Kanhiya Kumar among others.

Comrade Kavita Krishnan said that only objective of NRC/CAB is to divide people on religious lines to disturb the secular pluralistic fabric of our society. She warned the common people against this divisive policy and advised not to get misled by the carrot of citizenship being dangled before the Hindus. This is an agenda of creating a workforce for the rich. Because those excluded and branded as infiltrators will not be sent back to anywhere but will be kept in tortuous detention centres to be taken as cheap labour.

Kannan Gopinathan said that the NRC design is not detrimental to the citizenship rights of only the Muslims but it is equally dangerous for all including Hindus particularly those who are poor and will not be able to acquire desired documentation in NRC. Numerically more Hindus will be affected by this procedure. Citizenship of millions of citizens will be stripped away. The NRC exercise undertaken in Assam has already proved to be useless after spending Rs, 1600 crores, he added. Kanhiya Kumar called for a total rejection of NRC, CAB and NPR as they all are unconstitutional and anti-India. He said that history is a witness to the fact that no government can survive in face of a powerful civil disobedience movement. 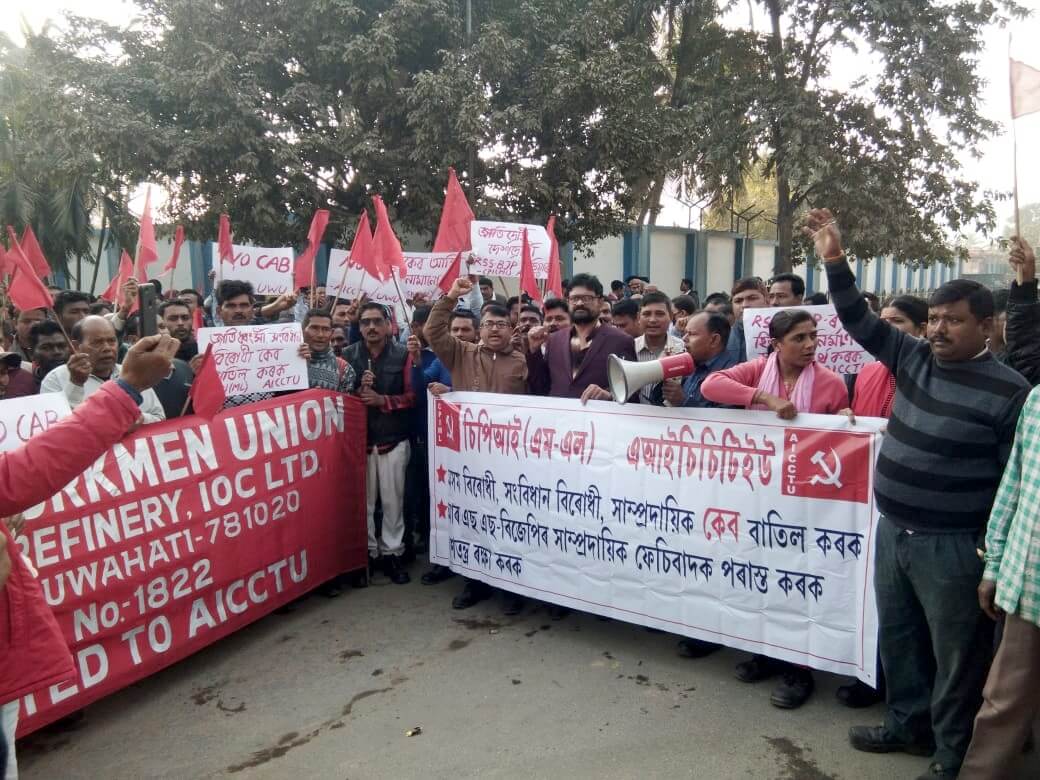