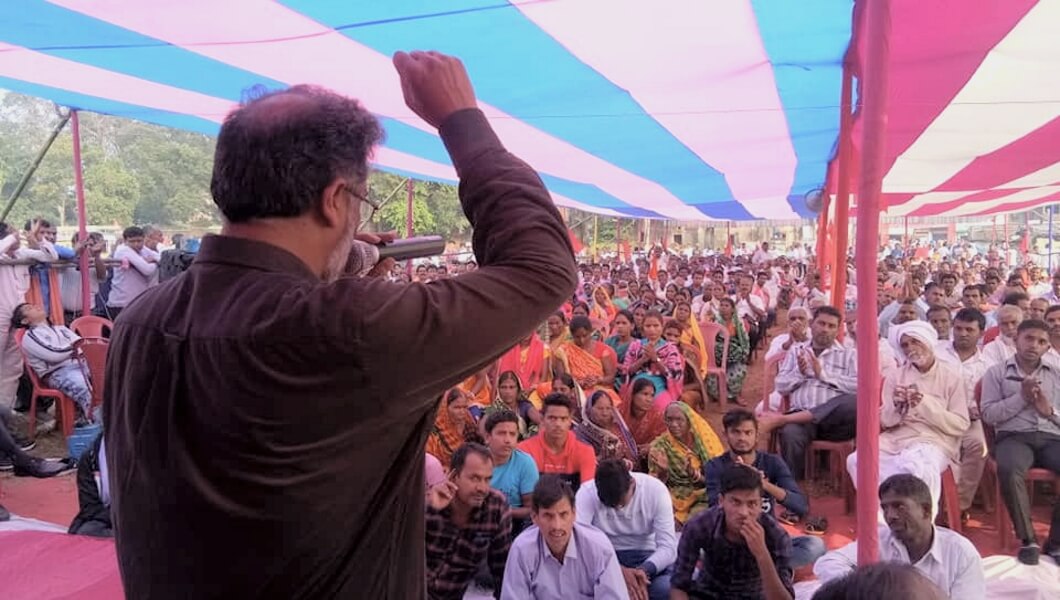 CADRE conventions were held in Giridih District in preparation for the upcoming Assembly elections. More than 2000 cadres from Gawan, Tisri and Rajdhanwar Blocks participated in the cadre convention organized in Rajdhanwar on 4 November 2019. Addressing the convention, Rajdhanwar MLA Rajkumar Yadav said that we have tried to present Rajdhanwar constituency as a model for the development of the rural poor and their issues, and during this process the role of JVM leader Babulal Marandi as the B-team of the BJP has also been exposed.

Booth level workers from all the booths in the constituency participated in the convention. According to the report presented at the convention, all booth committees have been formed. The need to go among the people in depth, hold booth level public meetings, listen to and resolve people’s issues was discussed at the convention. Presided over by Qayum Ansari and conducted by Kishori Agrawal, the convention was addressed by General Secretary Dipankar Bhattacharya, State Secretary Janardan Prasad, Vinod Singh, Rameshwar Chaudhury, Vinay Santhaliya, Kaushalya Das, Rekha Agrawal and others. 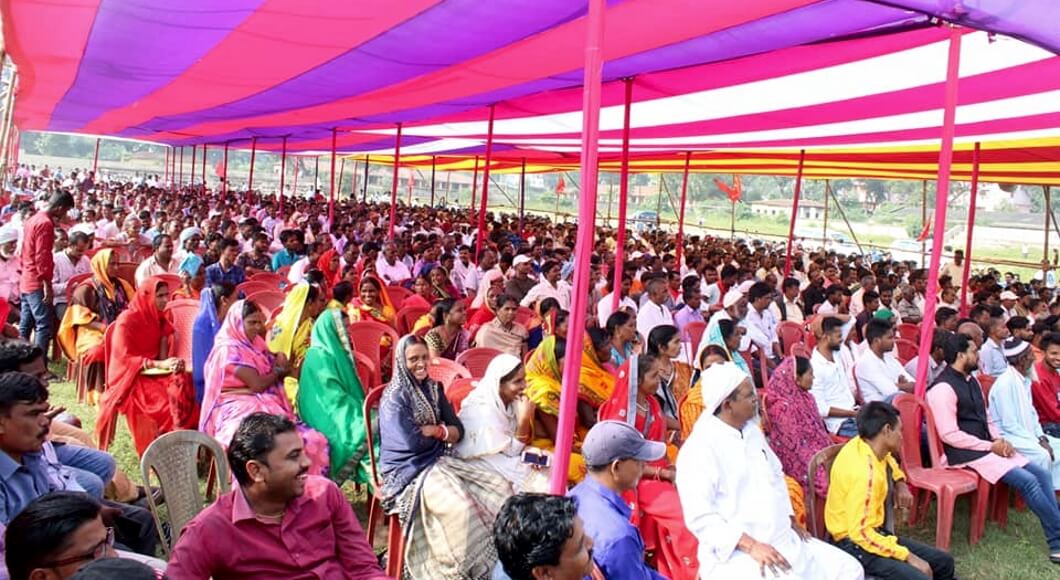 On 5 November a Bagodar Assembly level cadre convention was organized in which more than 2000 cadres from Bagodar, Sariya and Birni Blocks participated. The convention was presided over by District Committee member Asresh Turi and conducted by JMS General Secretary Parmeshwar Mahto. Addressing the convention, District Secretary Manoj Bhakt said that Gram Sabhas and people’s programs have been organized at Bagodar, Sariya and Birni Blocks from the last week of August till the present date. Trust in the Party has been strengthened among youth, women, intellectuals, and the poor and initiatives are being taken on people’s issues like compensation for farmers affected by the GT 6-lane construction work, gherao of Dileep Buildcon Company, and mobilization of the poor on issues of ration, pension, housing, LPG etc. House to house campaigning has been going on since 25 October for support and contributions. He stressed that victory in the election can be achieved through hard work and constant Panchayat level contact with the people. The convention was addressed by General Secretary Dipankar Bhattacharya, Rajdhanwar MLA Rajkumar Yadav, RYA President Rameshwar Chaudhury and others.

On 6 November a Jamua Assembly level cadre convention was organized at Kandajor village in Jamua in which cadres from Jamua and Devri Blocks participated. The initiatives taken in Jamua constituency include organization of MNREGA workers, protests against anti-people BJP MLA Kedar Hazra accused of murdering MNREGA workers, struggles on people’s issues, campaigning among minorities and dalits in Jamua and Devri Blocks. The Party has made progress in the District by drawing inspiration from Comrade Ibnul Hassan who has been a role model for communists here. 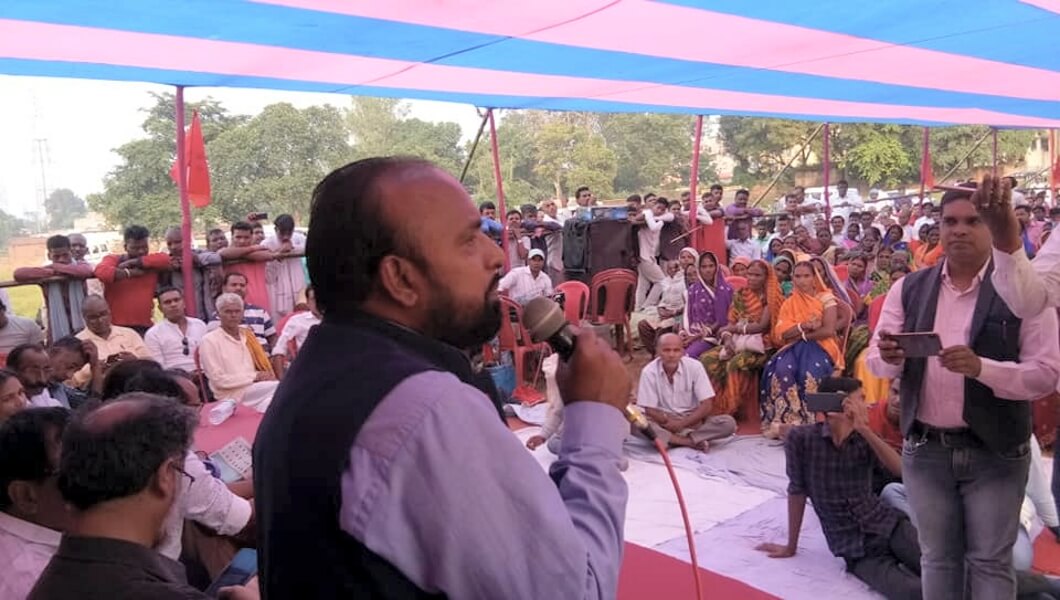