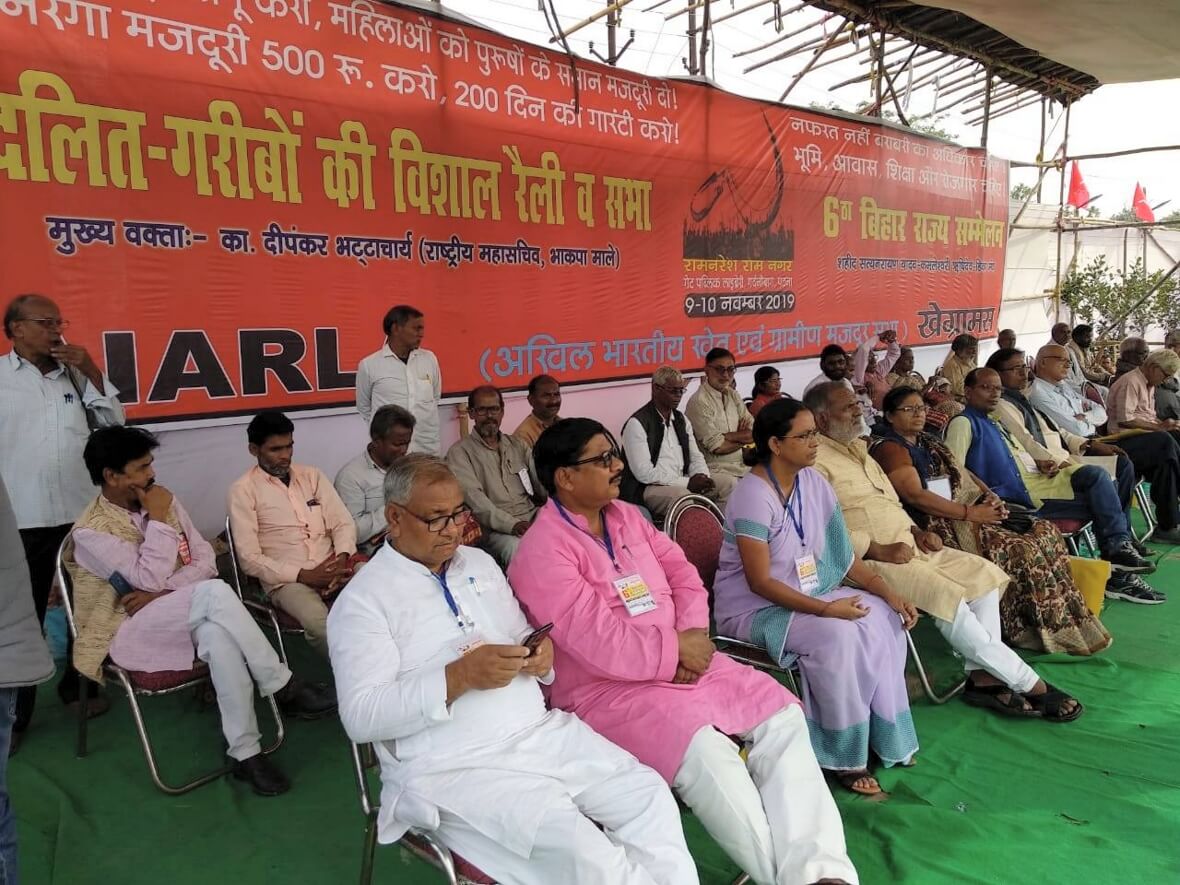 AT the 6th AIARLA State Conference held on 9-10 November 2019 in Patna, it was resolved to strengthen the struggle for issues related to land, housing, education and employment, and to expand AIARLA to the every nook and corner of rural Bihar by the time the next State conference is held. The Conference was attended by about 1000 delegates. A 145-member State Council and 45-member Executive was formed with MLA Satyadev Ram as Honorary President and Virendra Prasad Gupta and Gopal Ravidas as President and Secretary respectively. 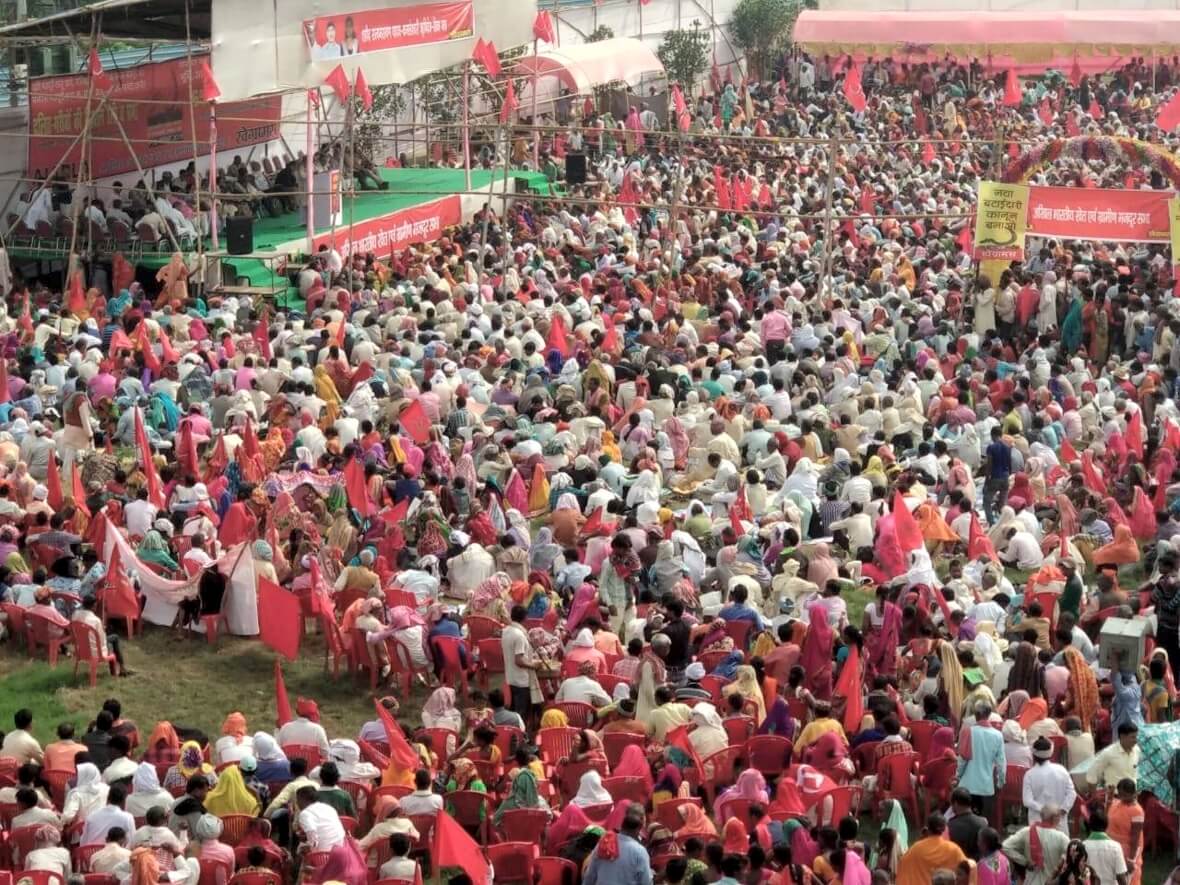 The work report was presented by the outgoing State Secretary and was discussed and passed with amendments. AIARLA national Vice President Swadesh Bhattacharya was present on the occasion. A 10-point resolution was passed by the conference and it was decided to organize state-wide campaigns for these issues: 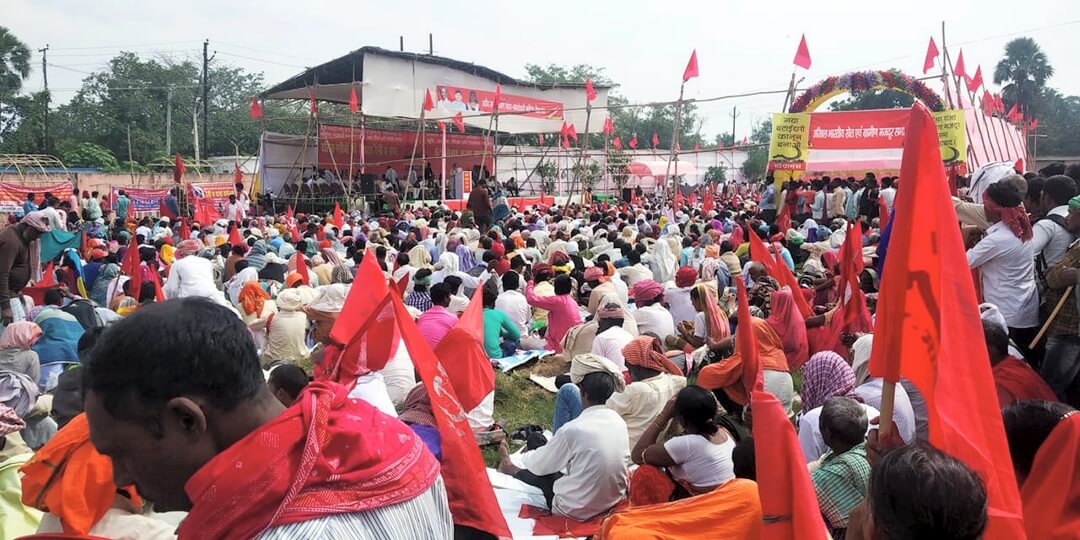 On first day of the conference the open session was held in the form of a rally which was attended by thousands of agrarian and MNREGA workers at the Gate Public Library Maidan in Gardanibagh, Patna on 9 November 2019.

The conference and rally had a huge participation of women workers who asserted their main demands of: jobs, not hate-mongering; equal rights; and a minimum of 200 days’ work in MNREGA at Rs 500 minimum wages. 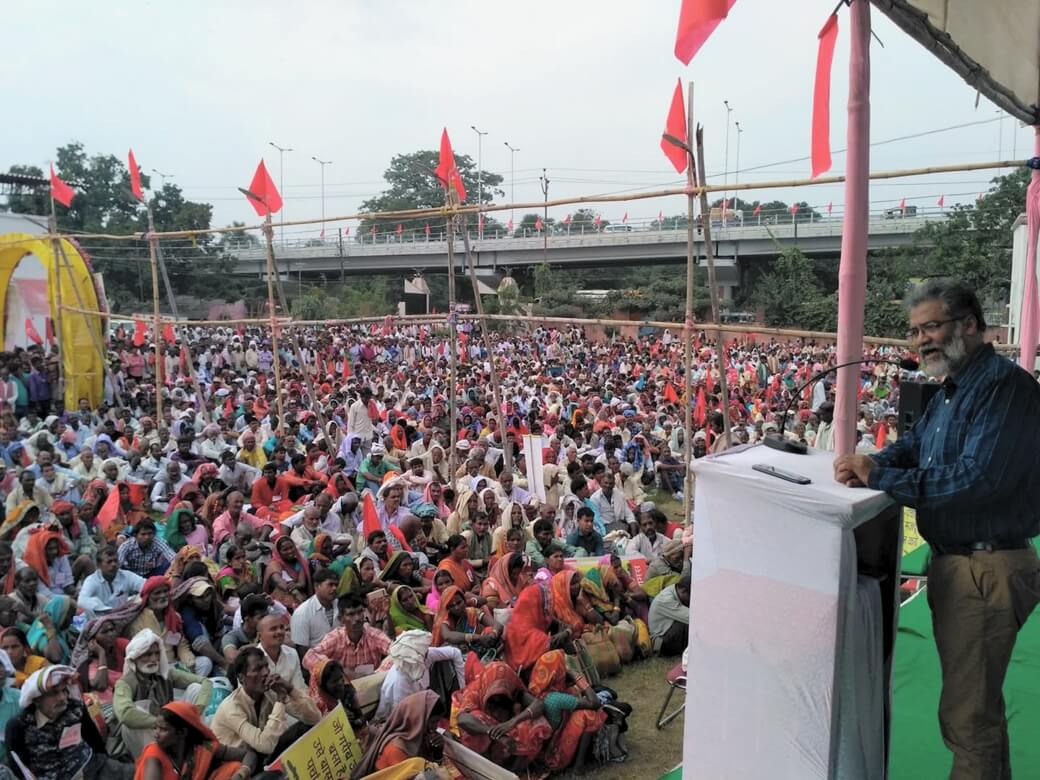 Main speaker in the rally was CPIML General Secretary Dipankar Bhattacharya besides other CPIML leaders who also attended the conference as guests.

Addressing the conference, Dipankar Bhattacharya said that Modi’s demonetization, GST and pro-capitalist actions and policies have led to a severe economic slowdown in the country. People are starving, there is no money for even small necessities, and there are no jobs. This recession is not a result of natural causes but created by this government; and instead of talking of real issues like land, wages and jobs, they are diverting the people’s attention by Hindu-Muslim and Mandir-Masjid debates. The Modi government has taken 1,76,000 crore rupees from RBI but instead of spending it to resolve the economic crisis and create jobs and wages, it is being used to bail out capitalists.

Comrade Dipankar further spoke about NRC and said that after Assam BJP wants to impose it on the whole country and pre-1951 papers are being required as the basis on which citizenship lists will be made, whereas in Bihar and most other states it is only after 1951 that zamindari was abolished (at least on paper). Most of the poor have no papers for their lands. We must very strongly oppose NRC as the poor, dalits, workers and farmers will be hardest hit by it.

Speaking of the SC verdict on the Ayodhya issue on 9 November, he pointed out that the court has said that the 1992 Babri demolition was a violation of the law. Therefore, those who demolished the Babri mosque must be punished. Comrade Dipankar said that we should not get into Mandir-Masjid debates but focus on struggles for education, jobs, land, ration, wages and other such issues. We must be alert against communal incidents like the recent attacks on minorities in Jehanabad and the Madhepura DM’s recent communally inflammatory statement. He said that Assembly elections are due in Bihar and the poor must put their claims strongly in these elections. 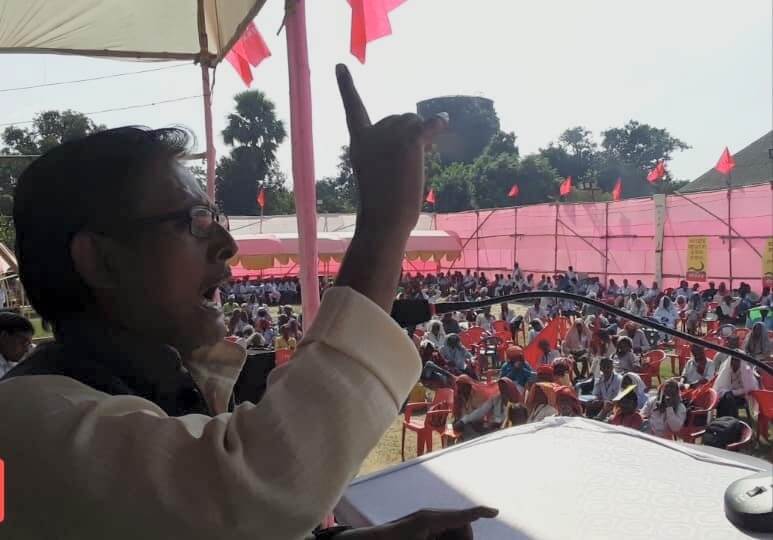 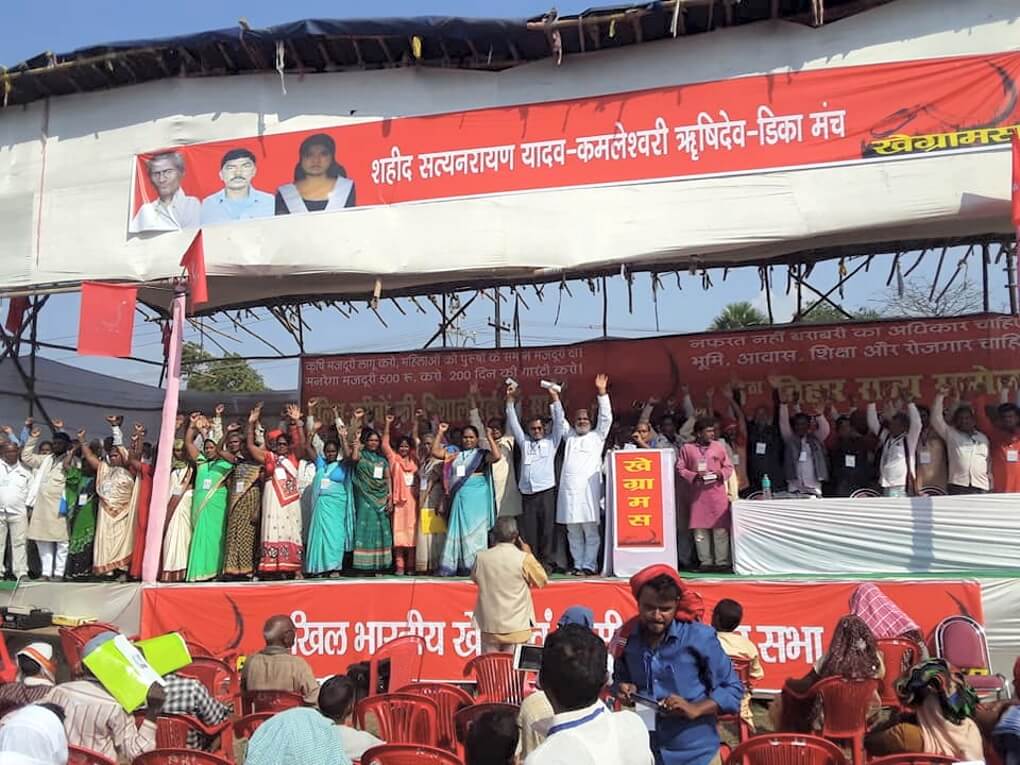